One Vanderbilt — a.k.a Vanderbilt Tower — is a 58-story skyscraper being built directly West of Grand Central Terminal. Upon completion in 2020, it will be the second tallest building in Midtown, standing at just over 1,500 feet.

In this great time lapse video from our friends at New York YIMBY, watch as several older Midtown office buildings come down to make way for the new tower.

A year ago, SL Green began knocking down a full block of prewar commercial buildings next to Grand Central to make way for a 1,401-foot-tall office tower at One Vanderbilt Avenue. Now YIMBY has a time lapse of the lengthy demolition between 42nd and 43rd Streets, courtesy of the project’s PR team.

Check out the accompanying article for more info. 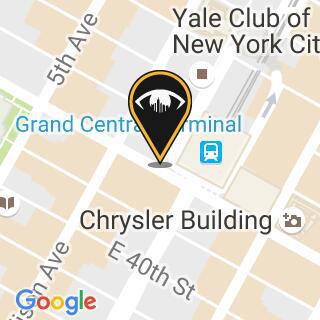 You'll Soon Be Able to Look Out Over Grand Central From 1,020-foot-tall Outdoor Observation Deck