Danish architectural firm BIG is currently overseeing the construction of Via, a massive urban pyramid on West 57th between 11th and 12th Ave in Hells Kitchen.

The concept for the mixed-use pyramid was created by developer Douglass Durst of Durst Fetner Residential.

In this video from Ironworkers Local 580, watch how workers install some of the huge metal panels that line the tetrahedron.

Ironworkers Local 580 setting Panels on the slope wall, at the pyramid 57st and 12 ave. 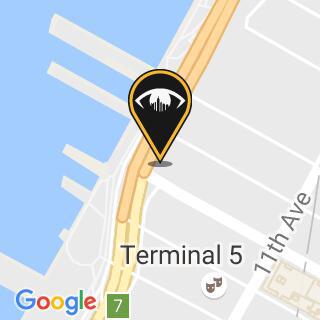