Shared on Instagram by @nycurbanism, this great series of vintage photographs show the 1907—1909 construction of the Metropolitan Life Insurance Company Tower, an addition to the existing building. After construction completed, the tower was the tallest structure in the world for four years.

Construction of the Metropolitan Life Insurance Company Building between October 1907 and July 1908. The final photograph shows the building completed in 1909, looking south on Madison Avenue with #MadisonSquareGarden in the distance. Designed by Napoleon LeBrun & Sons the Met Life tower was modeled after the Campanile in Venice. The original 11-story base, built as a headquarters for Metropolitan Life, opened in 1893 and the tower was added in 1909, making it the tallest building in the world until the #Woolworth opened in 1913. The #tower was clad in Tuchahoe marble with renaissance revival ornamentation, but in 1964 a renovation removed much of the #architectural details and covered the tower in limestone. In 2015 the #MetLifeTower was converted into the 273-room luxury New York Edition Hotel.

Here is a Google StreetView of how the building looks today: 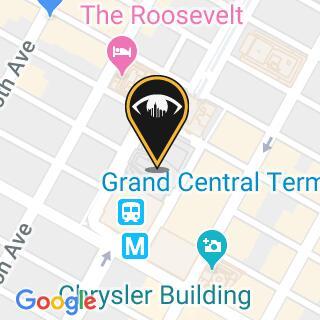