Built on Wall Street in 1700, Federal Hall is the building where George Washington took his oath as our nation's first President. In later years, Federal Hall would hold the first U.S. Congress, the first Supreme Court, the U.S. Treasury, and the Executive Branch offices until the U.S. Capitol was established at Washington D.C. in 1790. At the time this vintage photograph from around 1900 was captured, the building was used as the U.S. Sub-Treasury. Check out the specimen page on the Library of Congress Digital Archives for more info. 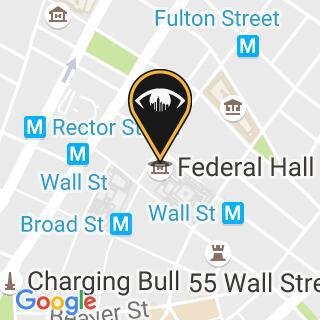