When construction on the 57-story Woolworth Building was completed in April 1913, it became the tallest building in the world, holding the title until 1930 when the Chrysler Building took the top spot.

With it's distinctive exterior shape, and ornate interior lobby, the Woolworth building was quite the attraction for tourists and locals alike in the early 20th century.

The ornate, cruciform lobby, is "one of the most spectacular of the early 20th century in New York City". It is covered in Skyros veined marble, has a vaulted ceiling, mosaics, a stained-glass ceiling light and bronze fittings. Over the balconies of the mezzanine are the murals Labor and Commerce. Corbel sculptures include Gilbert with a model of the building, Aus taking a girder's measurements, and Woolworth counting nickels. Woolworth's private office, revetted in marble in the French Empire style, has been preserved.

This shot from 1915 shows the Woolworth Building lit up brightly at night and towering over it's neighboring buildings, a view impossible today. 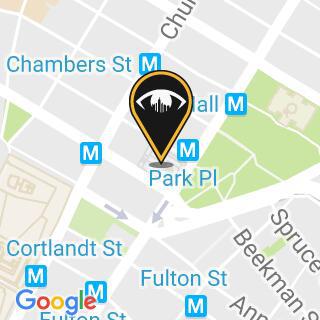