The Park Avenue Tunnel is a 1,600-foot-long tunnel that runs between 33rd and 40th Streets on - you guessed it - Park Avenue. It was constructed in 1834, though at that time the tunnel was merely a cutout in the road with an open top.

Today the Park Avenue Tunnel, running between 33rd and 40th Streets is a passage for cars, but before it was a roadway for motor vehicles, it was a train and trolley tunnel. Constructed in 1834, it was originally built for the New York & Harlem Railroad (NY&H) as an open cut, which ran steam engines as well as horsecars. In the 1850s, the open cut was bridged creating a tunnel to boost public safety by removing the train from Manhattan’s surface. The Park Avenue Tunnel became of the city’s oldest, accommodating trolley trucks and two-way traffic.

Our friends at Untapped Cities recently published this great vintage photo of the tunnel from around 1899, showing a time when it was still used fro trollies and trains. 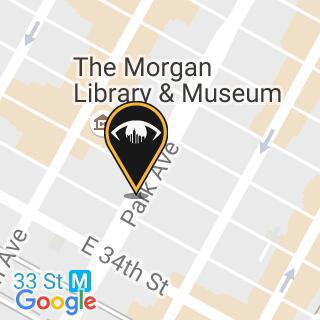 Subscribe to Viewing NYC with Our Weekly or Daily Newsletter Emails