Delmonico's restaurant is the oldest in New York City, and the nation. Serving up some of the best steaks in the City, the popular spot is a permanent fixture in New York's classic steakhouse arena. To celebrate their 180 year anniversary, the restaurant is serving up a special 180-day dry-aged ribeye that is sure to be delicious. In this video from Eater, watch as host Nick Solares heads on out to give it a try.

America’s oldest restaurant, Delmonico’s, is about to celebrate its 180th anniversary. This fine-dining establishment is all about meat, so naturally it’s celebrating with a special anniversary edition 180-day dry-aged steak. In this episode of The Meat Show, host Nick Solares stops by the aging facilitates and chats with chef Billy Oliver about the restaurant’s meaty traditions. 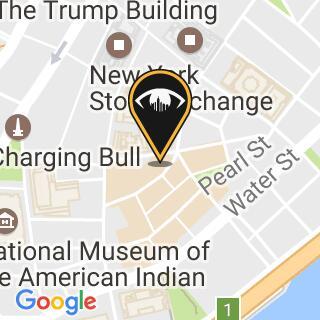 [VIDEO] Could Peter Luger Steak House's Dry-Aged Burger be the Best in the City?

Best NYC Bars to get a Pumpkin Beer; Exploring Under the Brooklyn Bridge; History of the Casa Oliveira Liquors Neon Sign