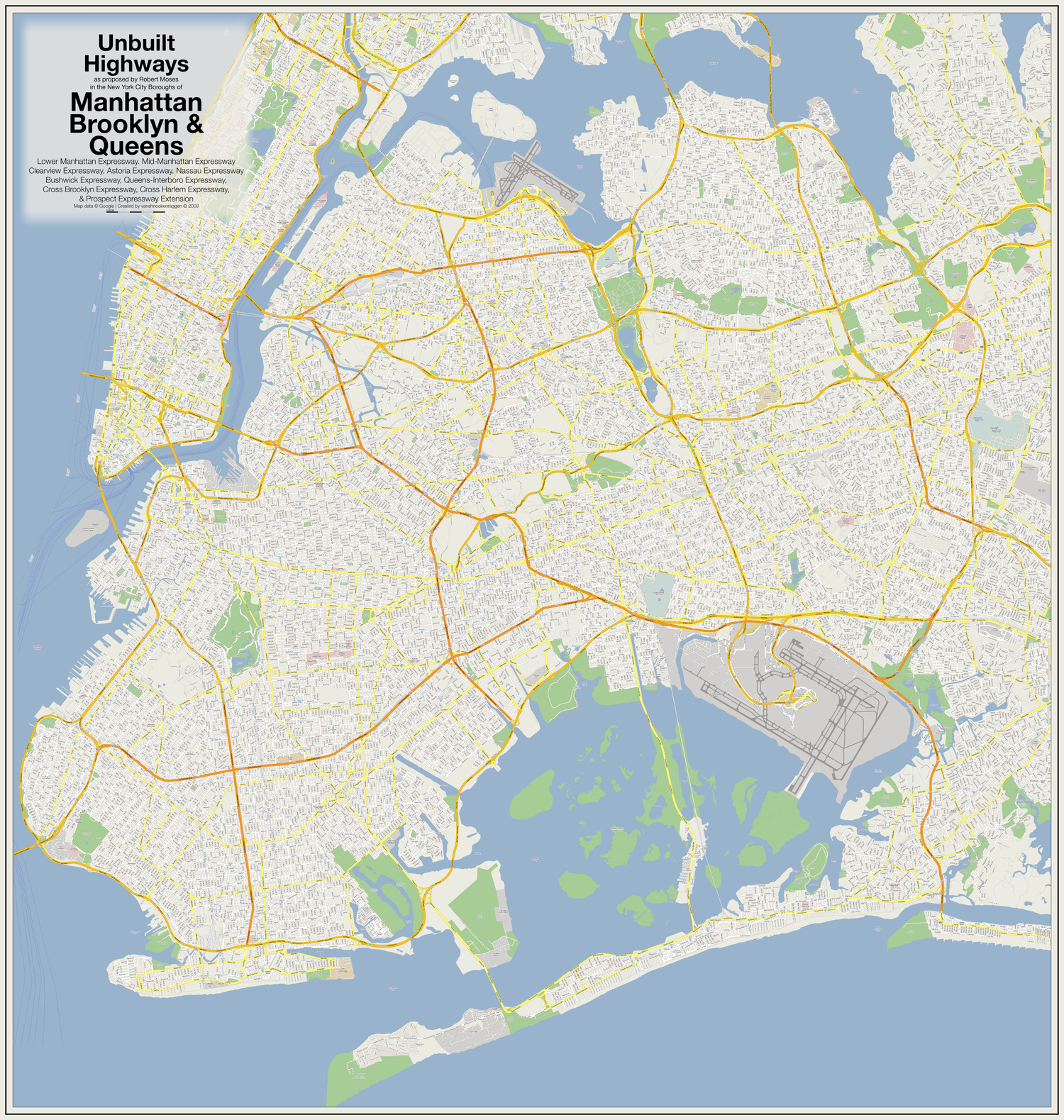 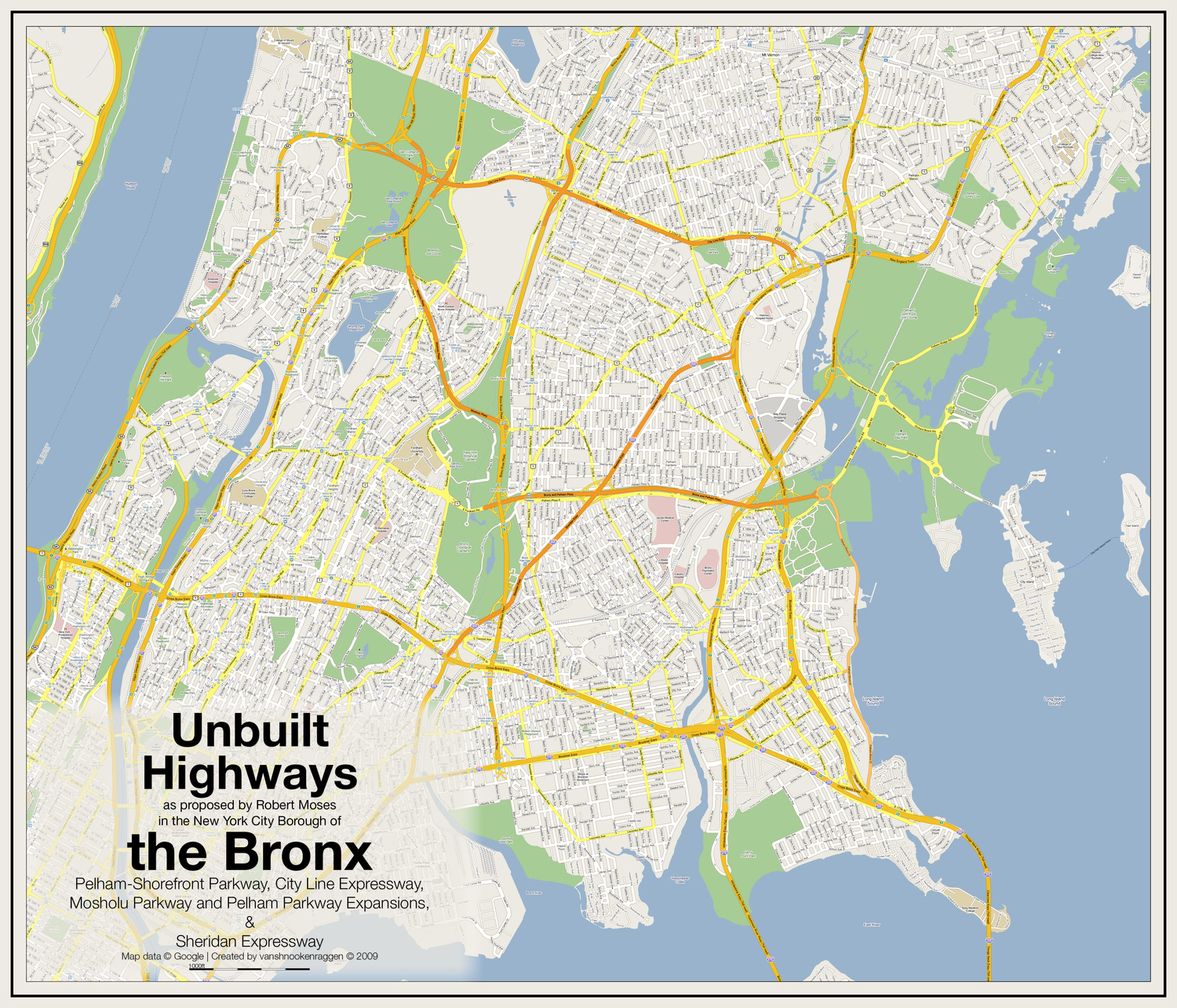 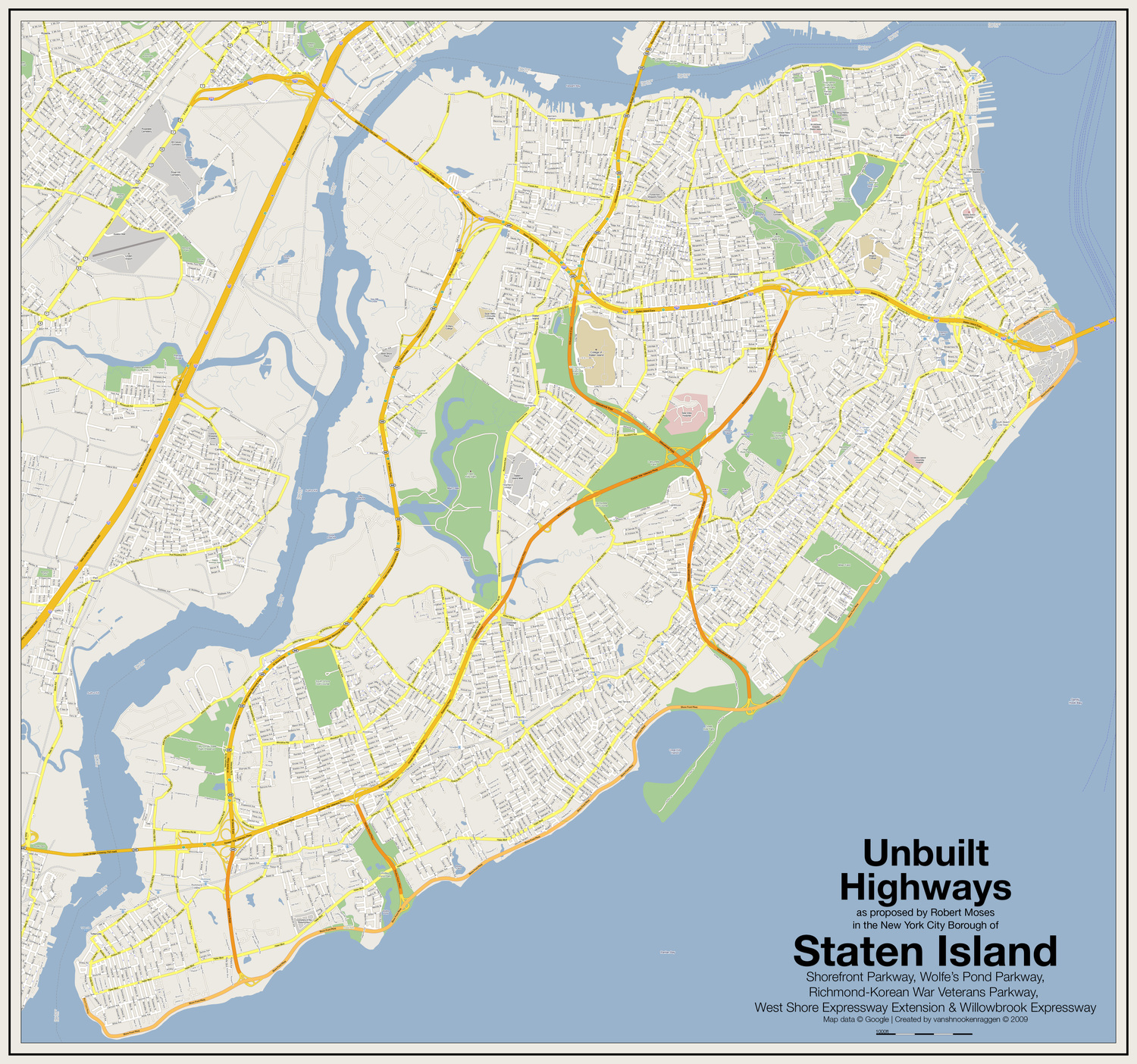 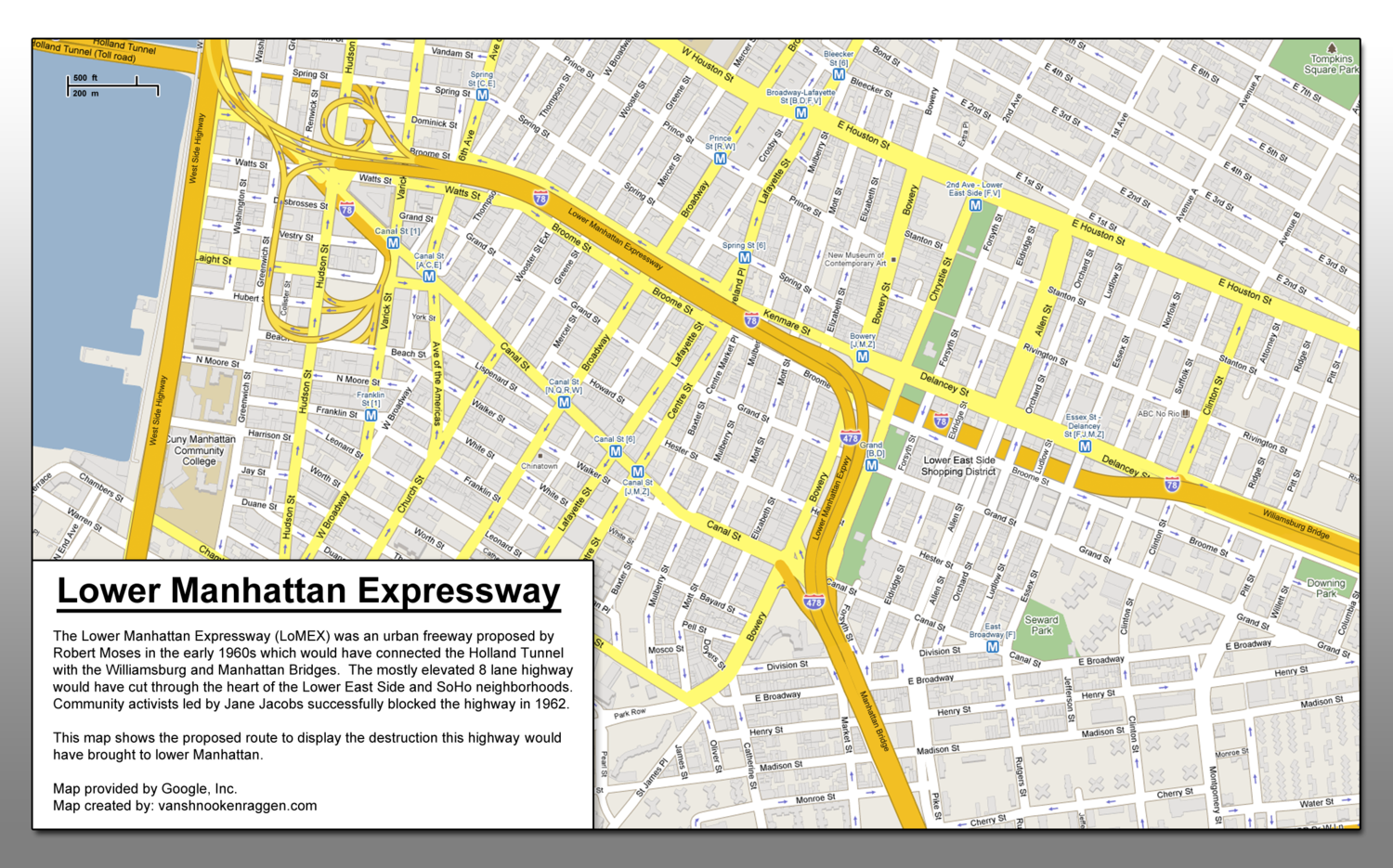 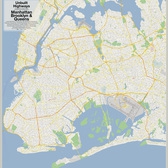 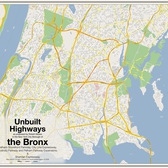 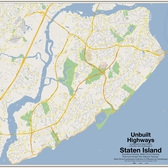 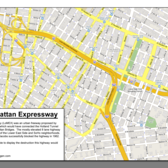 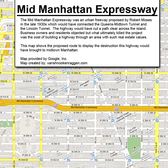 Local photographer and cartographer Andrew Lynch runs an interesting blog called Vanshnookenraggen (previously) in which he combines his love for the City, transportation, and maps to write great data-based articles on the City’s subway system.

In a recent article titled Unbuilt Highways of New York City and Robert Moses, Lynch mapped out the proposed and (thankfully) unbuilt highways of infamous City Planner Robert Moses onto current maps of the City.

The three maps I have here show many, but not all, of the proposed highways that were to cut through the five boroughs.

On the maps, yellow sections are existing highways, and the orange sections are what would have been if Moses had his way.

Check out the full article for more details on the data source and methods used to create the maps.

InstaFriday, Five Interesting Instagrams from Each of the Five Boroughs - Vol. 99