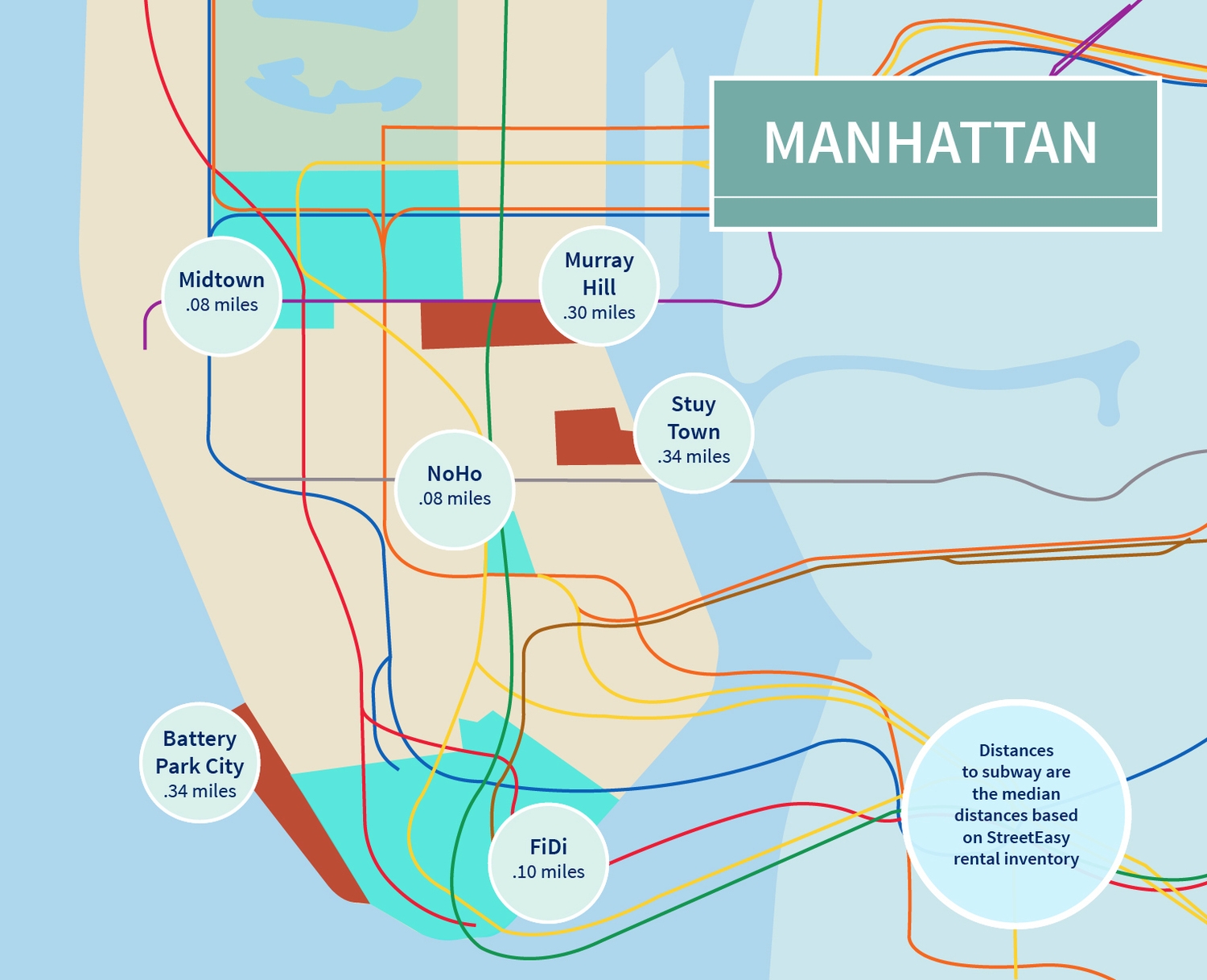 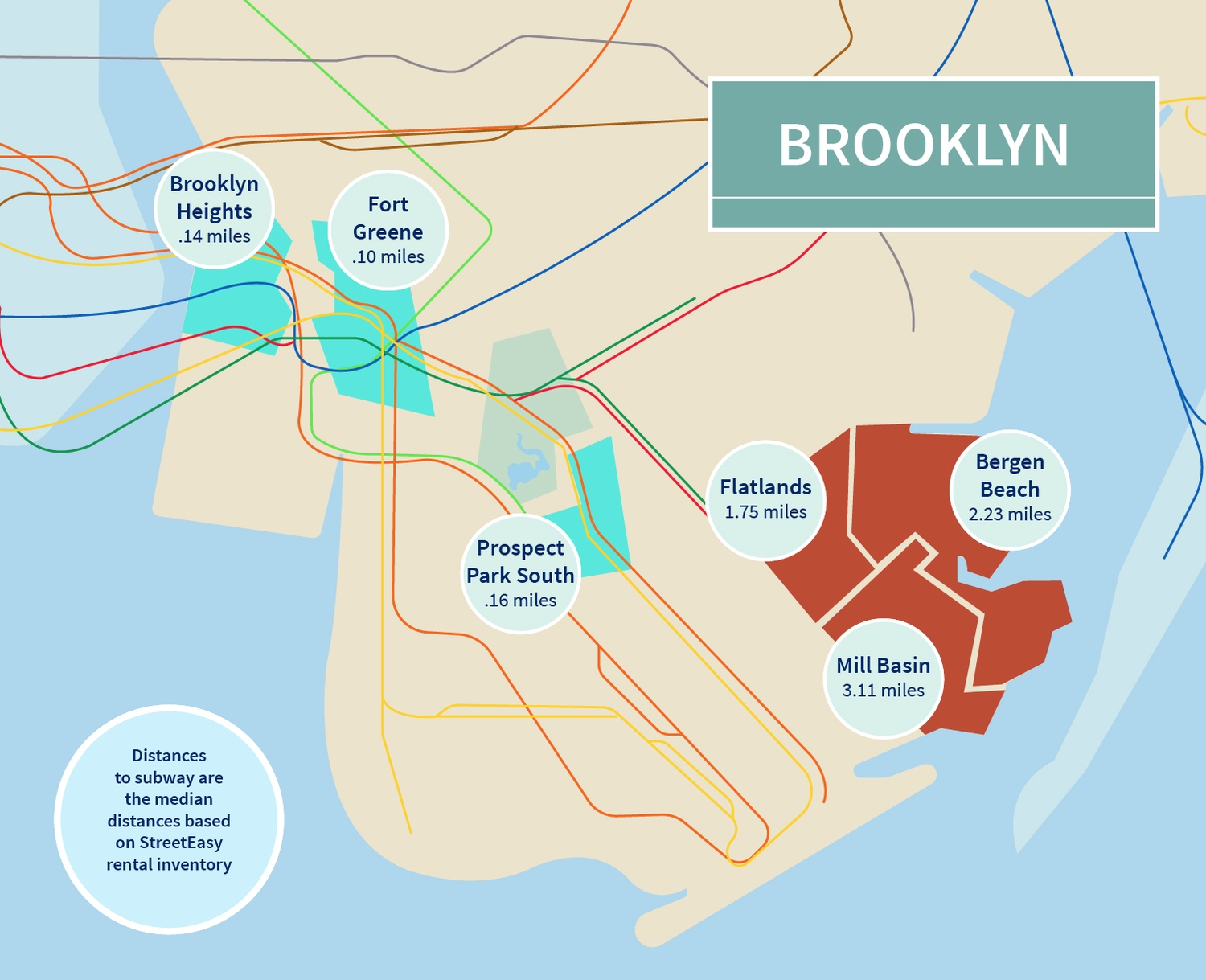 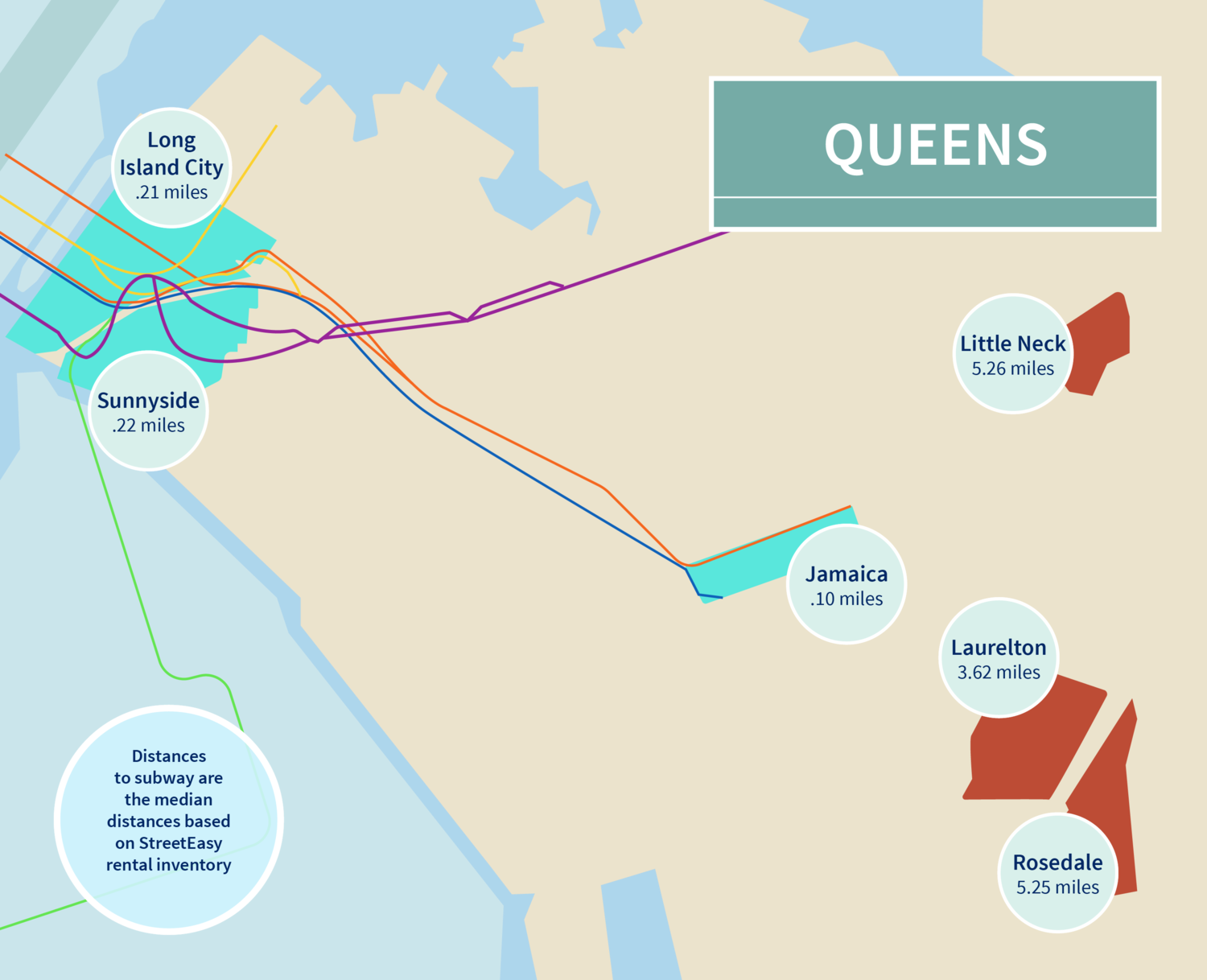 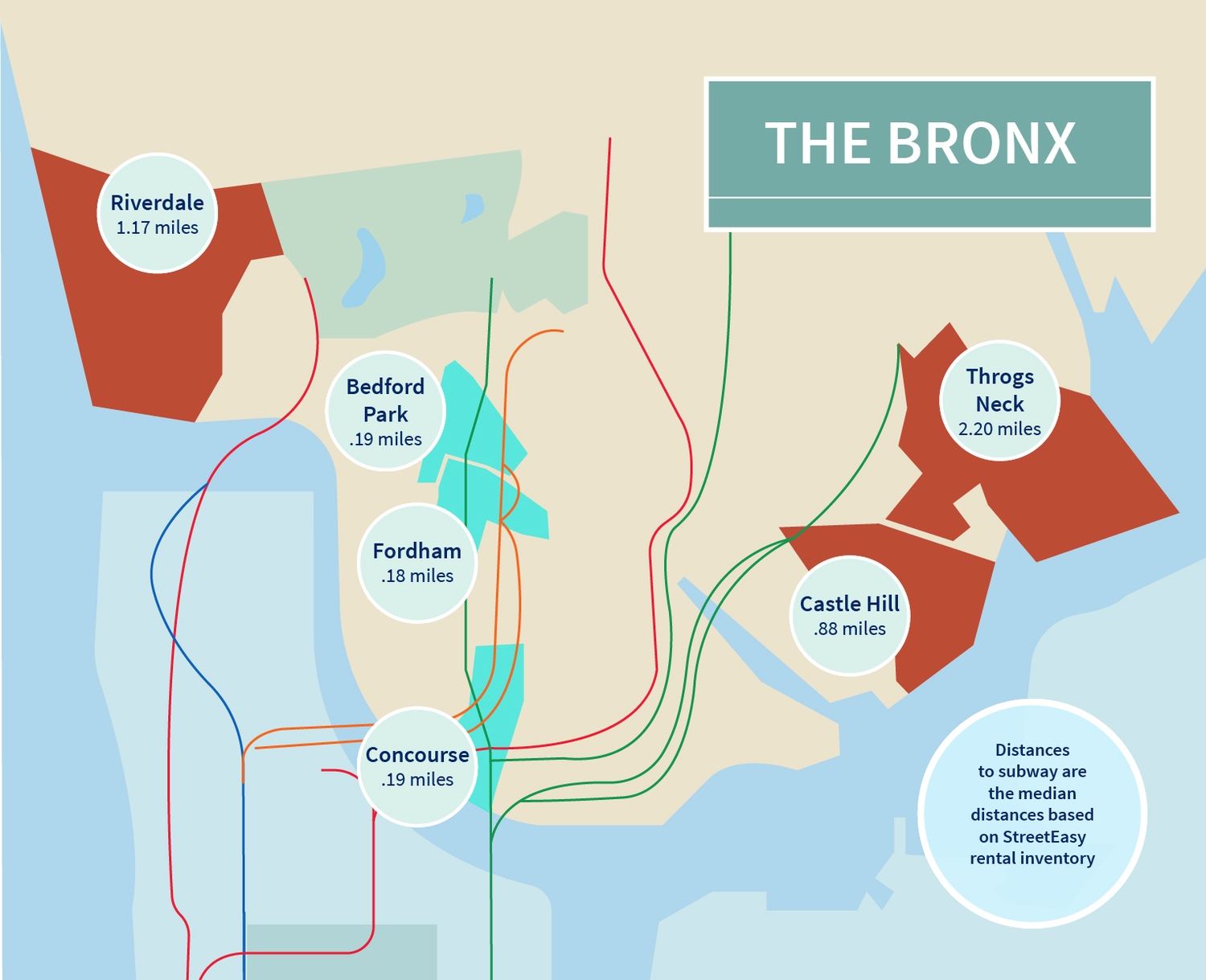 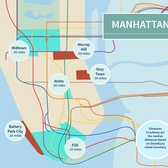 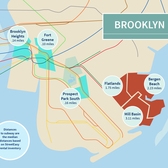 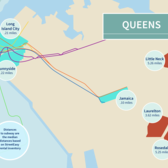 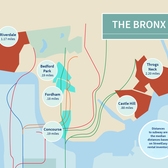 Local real estate and apartment searching website StreetEasy recently poured through all the addresses in their listing data to find the distance to the nearest subway stations, then compiled it all into a database that reveals the most and least accessible neighborhoods in each borough.

In Brooklyn, neighborhoods clustered around Downtown Brooklyn and Borough Hall offer the best access to subways. The worst neighborhoods for transportation access are as you might expect — the large coastal enclaves found in south Brooklyn. […] Homes in Mill Basin, the borough’s worst neighborhood for subway access, have a median distance to the subway of more than three miles.

Like Brooklyn, Queens’ northern coastal neighborhoods have some of the best subway access, while its eastern and southern neighborhoods have some of the worst — not just in the borough, but in the entire city. Despite its location in deep central Queens, Jamaica is one of the borough’s best neighborhoods for subway access, with the median distance to subway clocking in at .1 miles. On the opposite end of the spectrum is Little Neck, a practically suburban neighborhood dense with single family homes and driveways. There the closest subway is more than five miles away.

The best bets for subway access are clustered around the south and central Bronx, areas where the 4 and B and D lines make frequent stops. In neighborhoods like Fordham Heights and Bedford Park, the median distance to the subway is less than a quarter of a mile, roughly a five-minute walk. Neighborhoods on the perimeter of the borough, like Throgs Neck and Castle Hill, however, have much worse subway access.

Check out the accompanying article for more insights into the data.

Check Out This Vintage New York City Subway Map From 1958