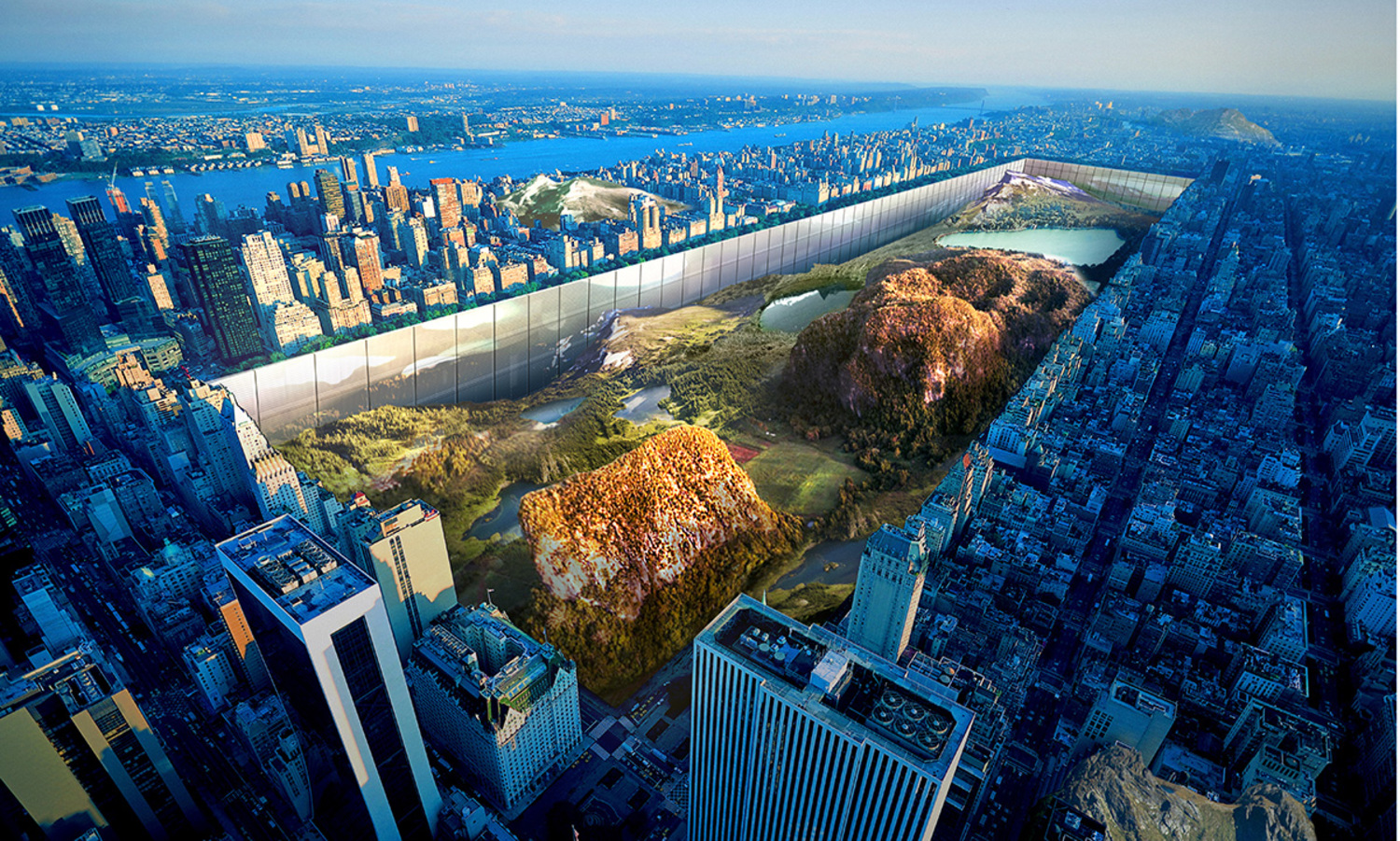 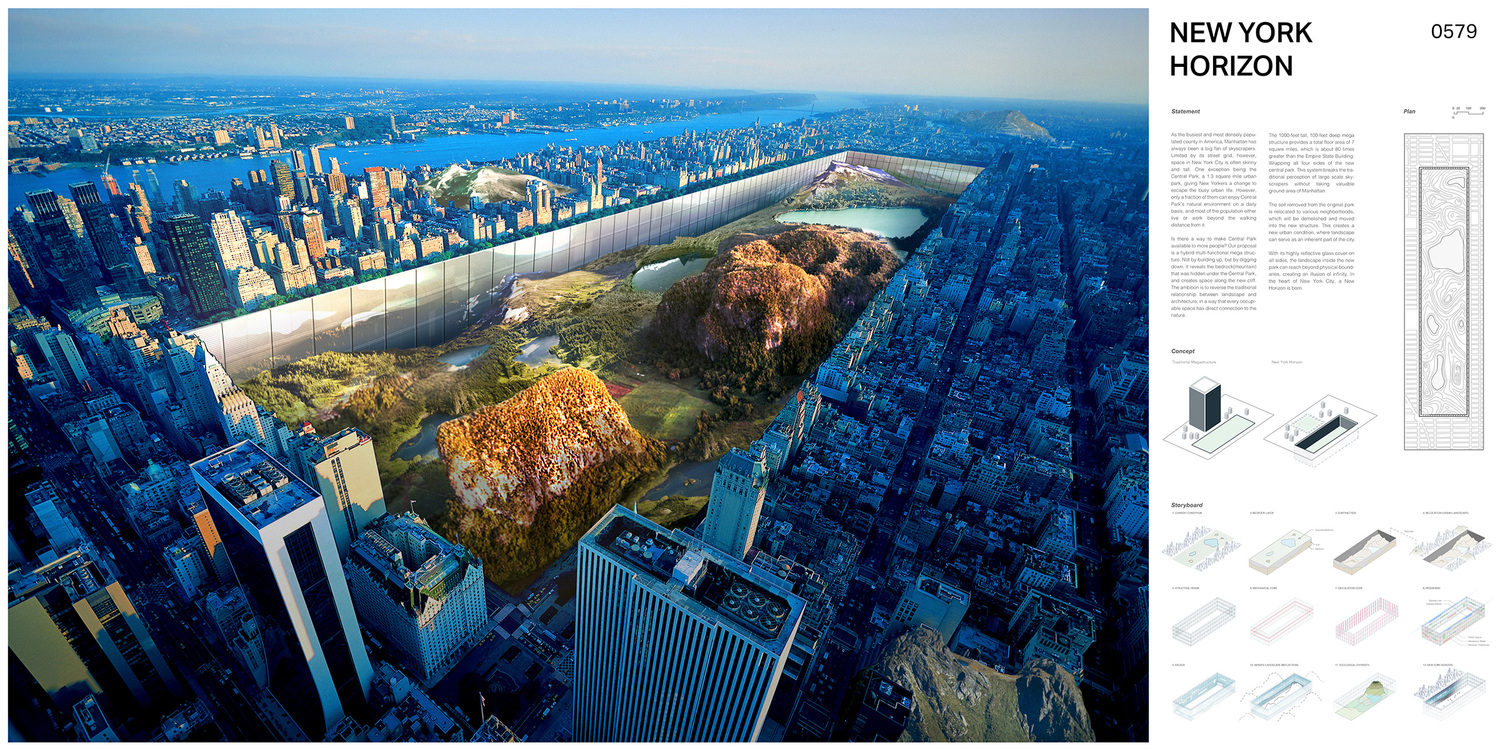 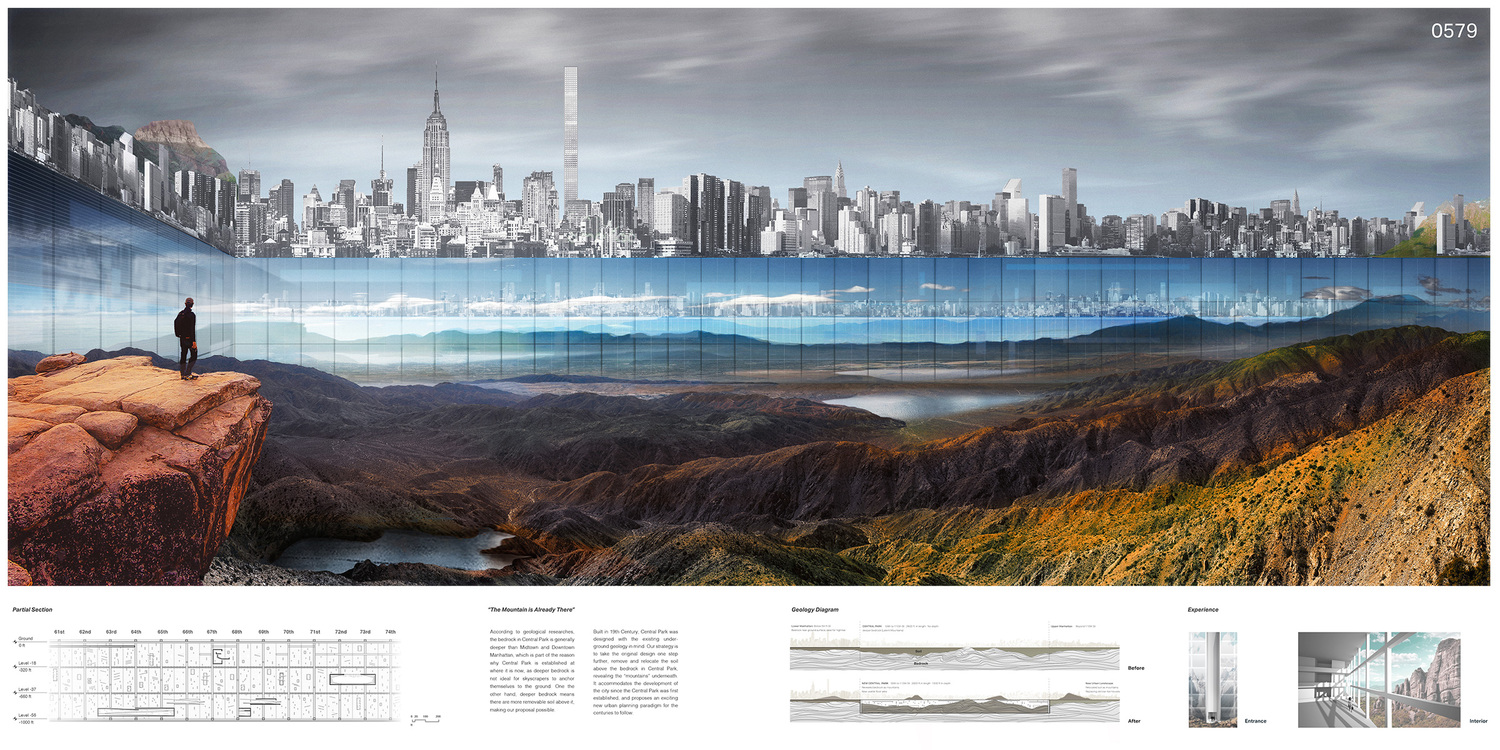 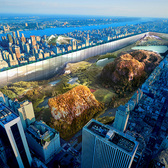 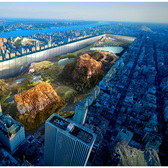 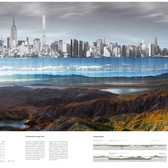 New York Horizon is an ambitious proposal from Yitan Sun and Jianshi Wu as part of a recently held contest to design the most innovative skyscraper imaginable, the eVolo 2016 Skyscraper Competition.

The design proposes a continuous horizontal skyscraper around the full perimeter of a sunken Central Park. The project would create 7 square miles (80 times greater than the Empire State Building) of housing with unobstructed views and connection to the park.

Could it ever happen? Probably not, but I would enjoy hiking those newly formed Central Park mountains if it did.