This upcoming Monday, September 21st, local brewmasters Brooklyn Brewery and online comedy network Above Average will be teaming up for a one-night live comedy showcase.

You can expect a little stand-up, some storytelling, a bit of sketch, songs, beer and likely a few surprises.

Join us in the Tasting Room on Monday, September 21 at 8 PM (doors at 7:30) for a new live comedy showcase brought to you by Brooklyn Brewery and The Internet’s Last Hope For Comedy, Above Average. We’ll be laughing and drinking all night alongside sets from some of AA’s funniest friends, including SNL’s Sasheer Zamata, John Early (30 Rock, Wet Hot American Summer: First Day of Camp), Langston Kerman (Bombing), Josh Sharp (UCB), Good Cop Great Cop (Matt Porter & Charlie Hankin) and hosting duo Matt Catanzano and Richie Moriarty (Simply Unemployable). The comedy quick-fire will end with a super surprise drop-in to round out the night and send you home laughing.

Check out the event page to RSVP (FREE, do it quickly!) or get more info on the show. 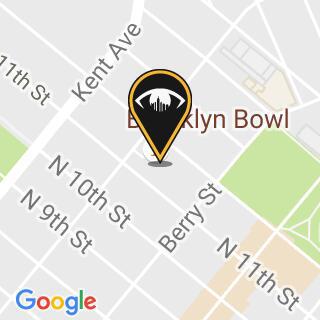