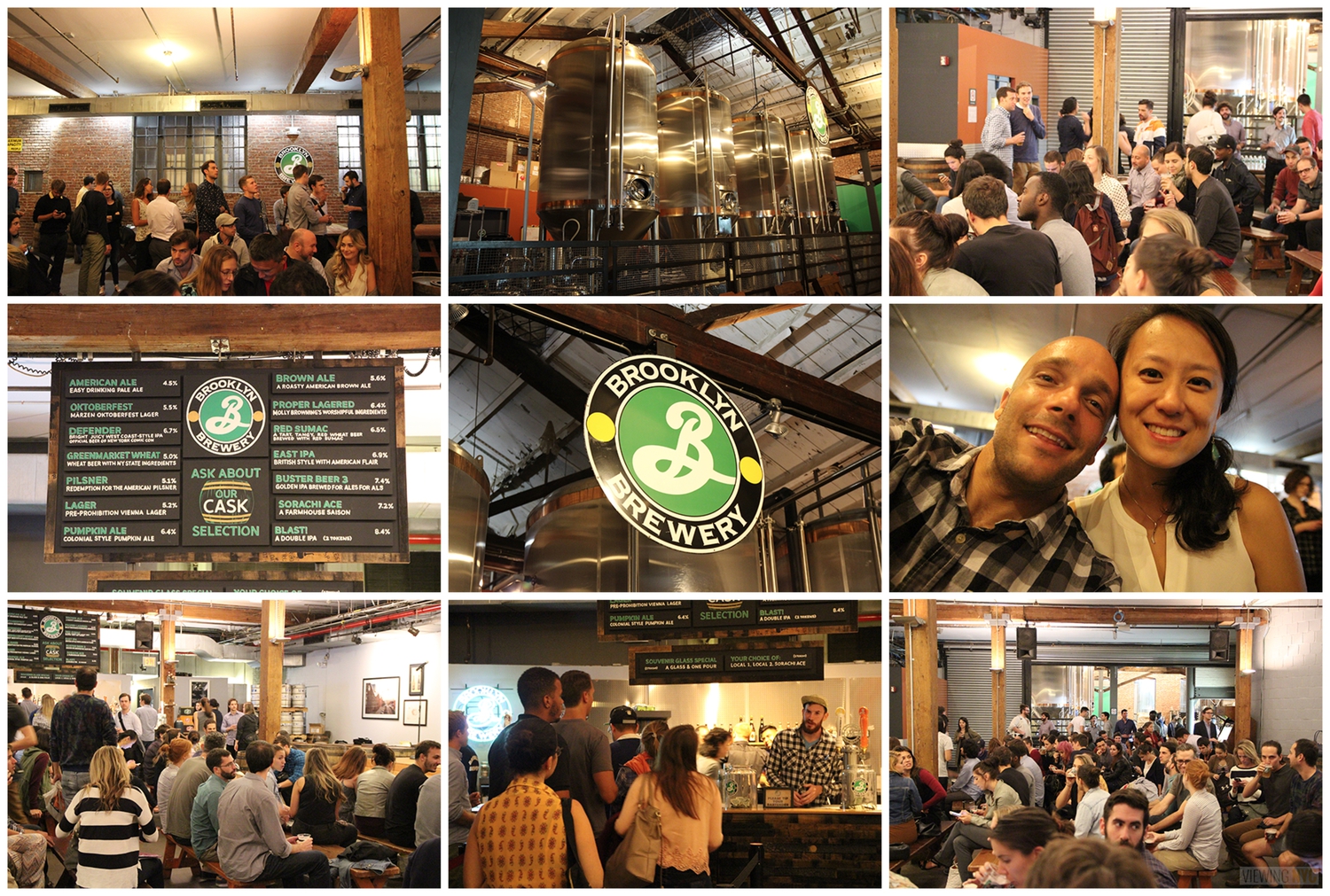 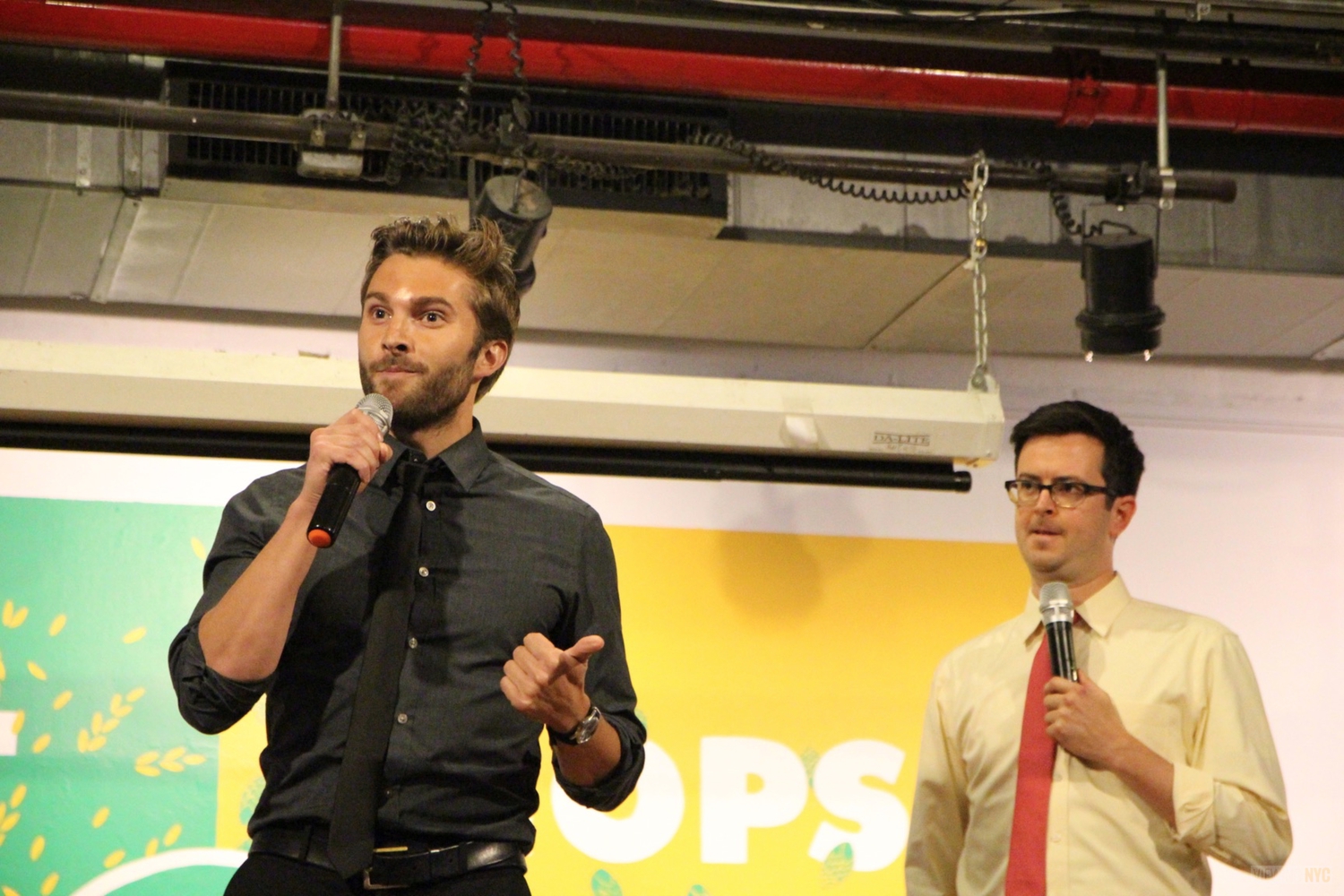 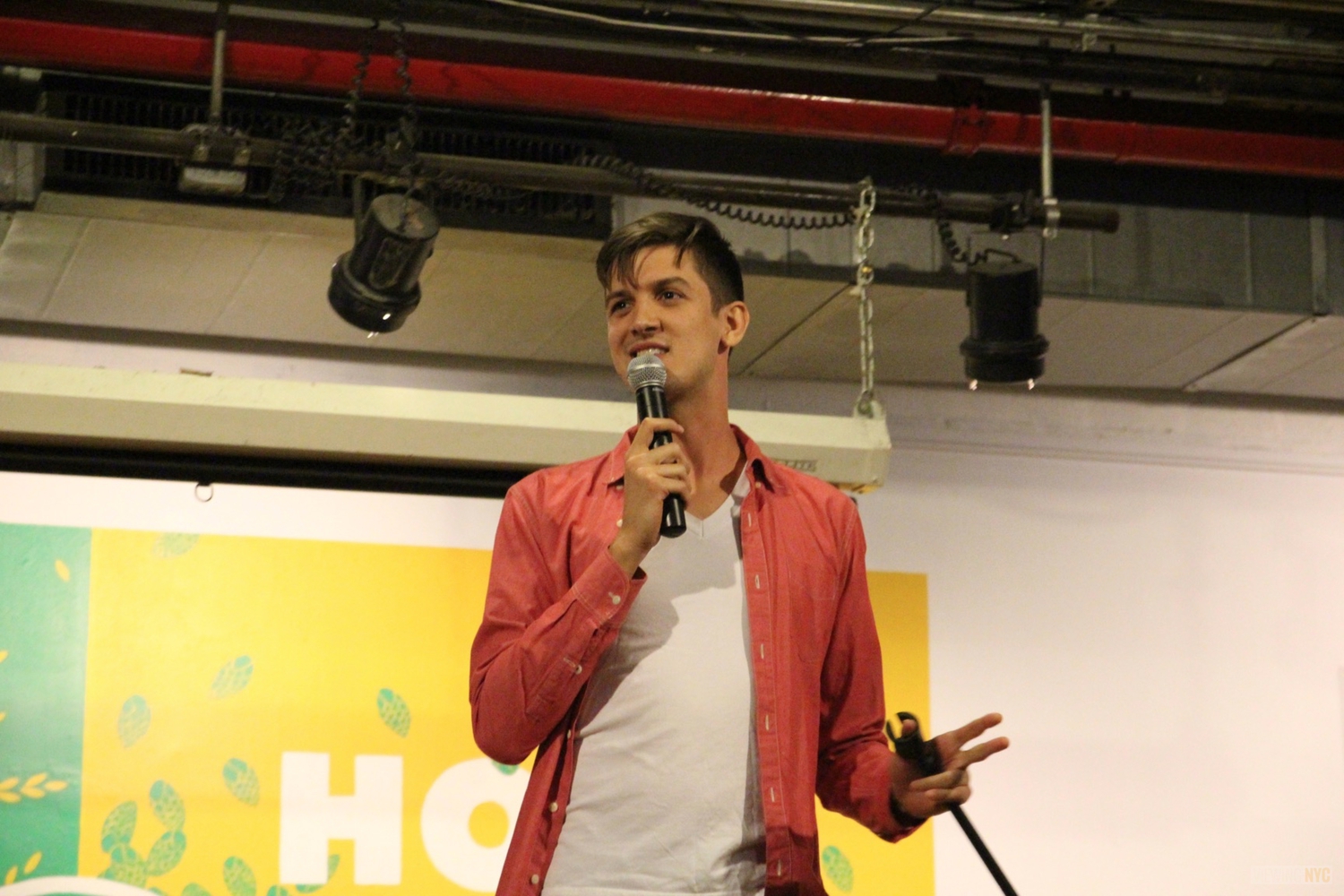 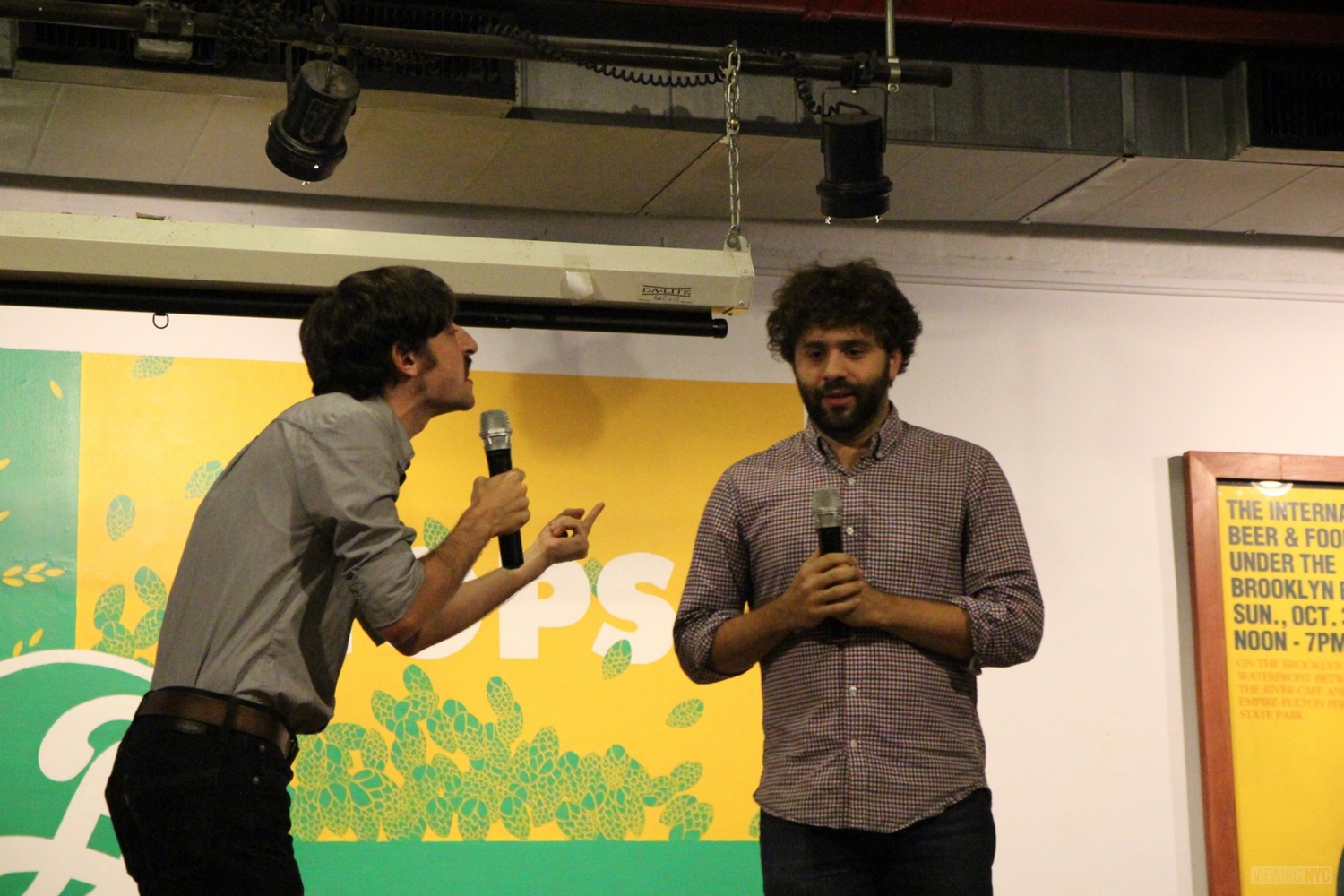 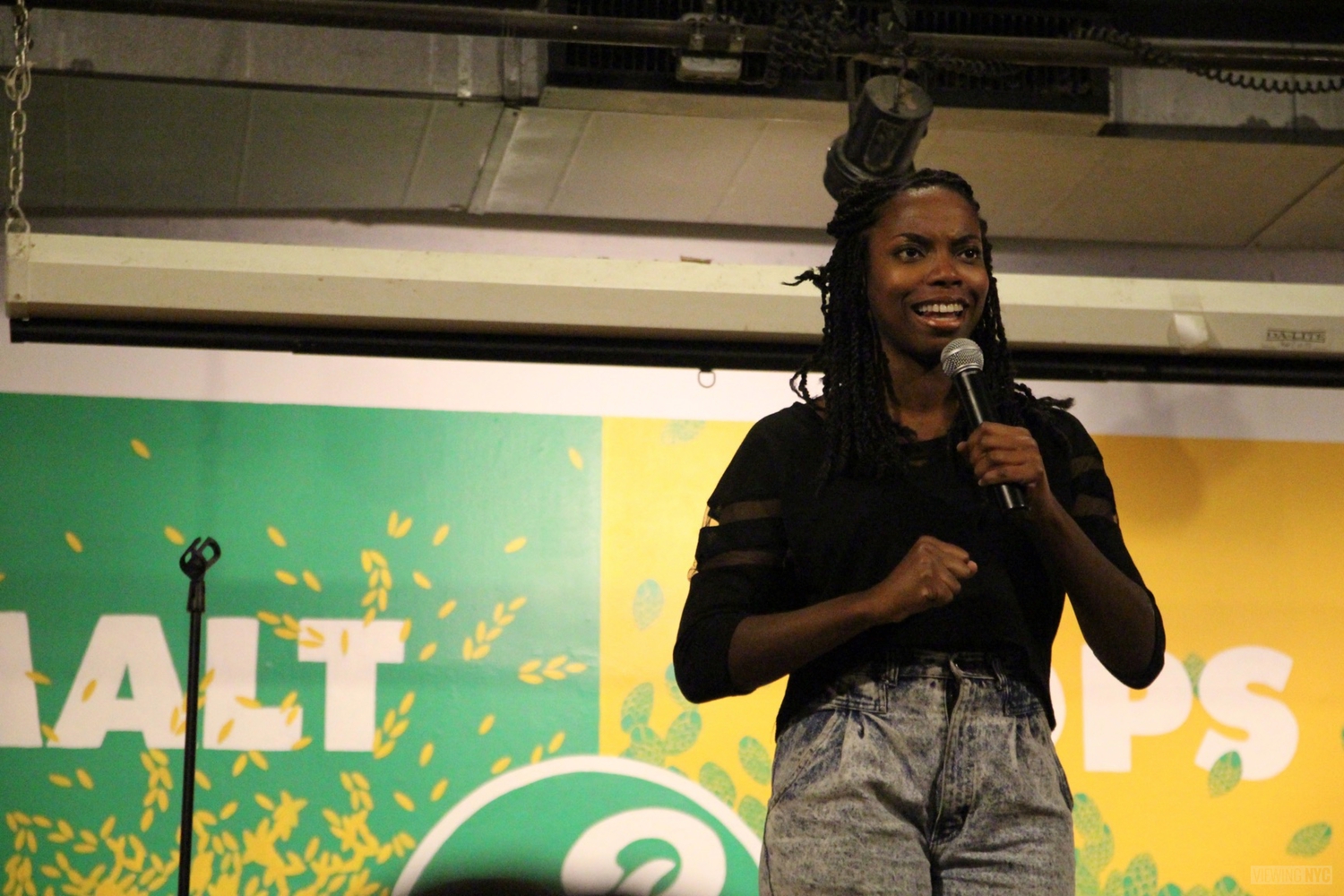 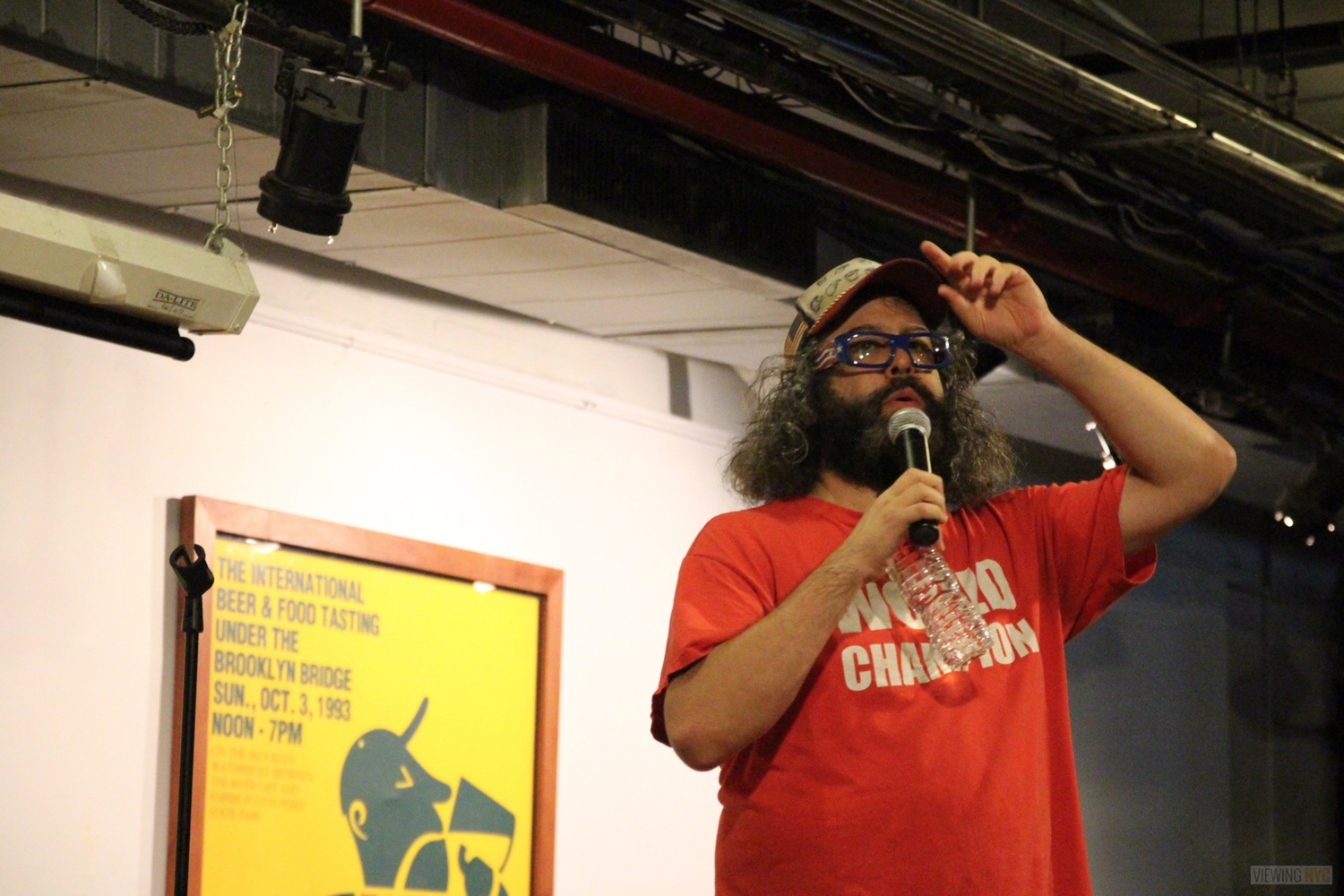 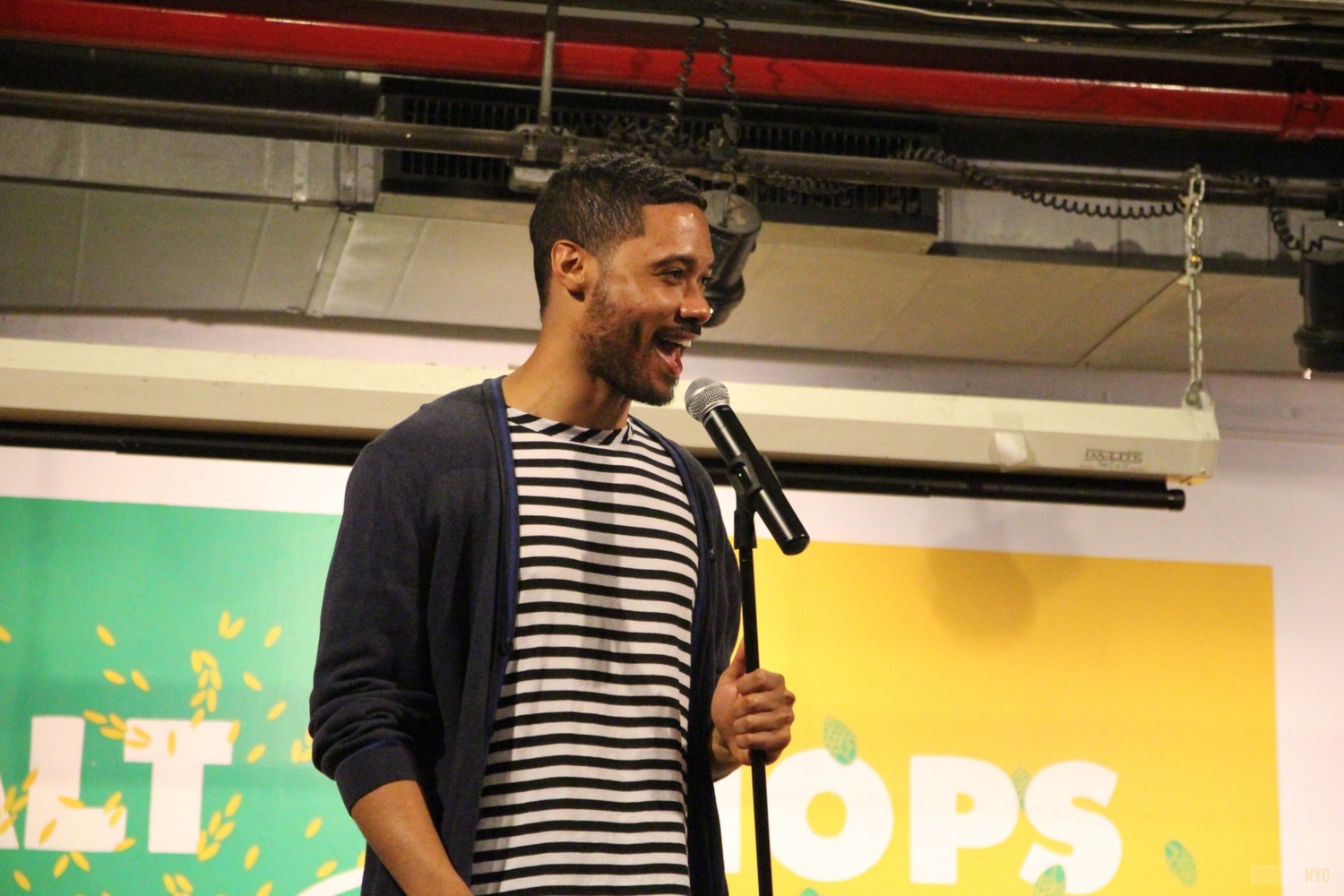 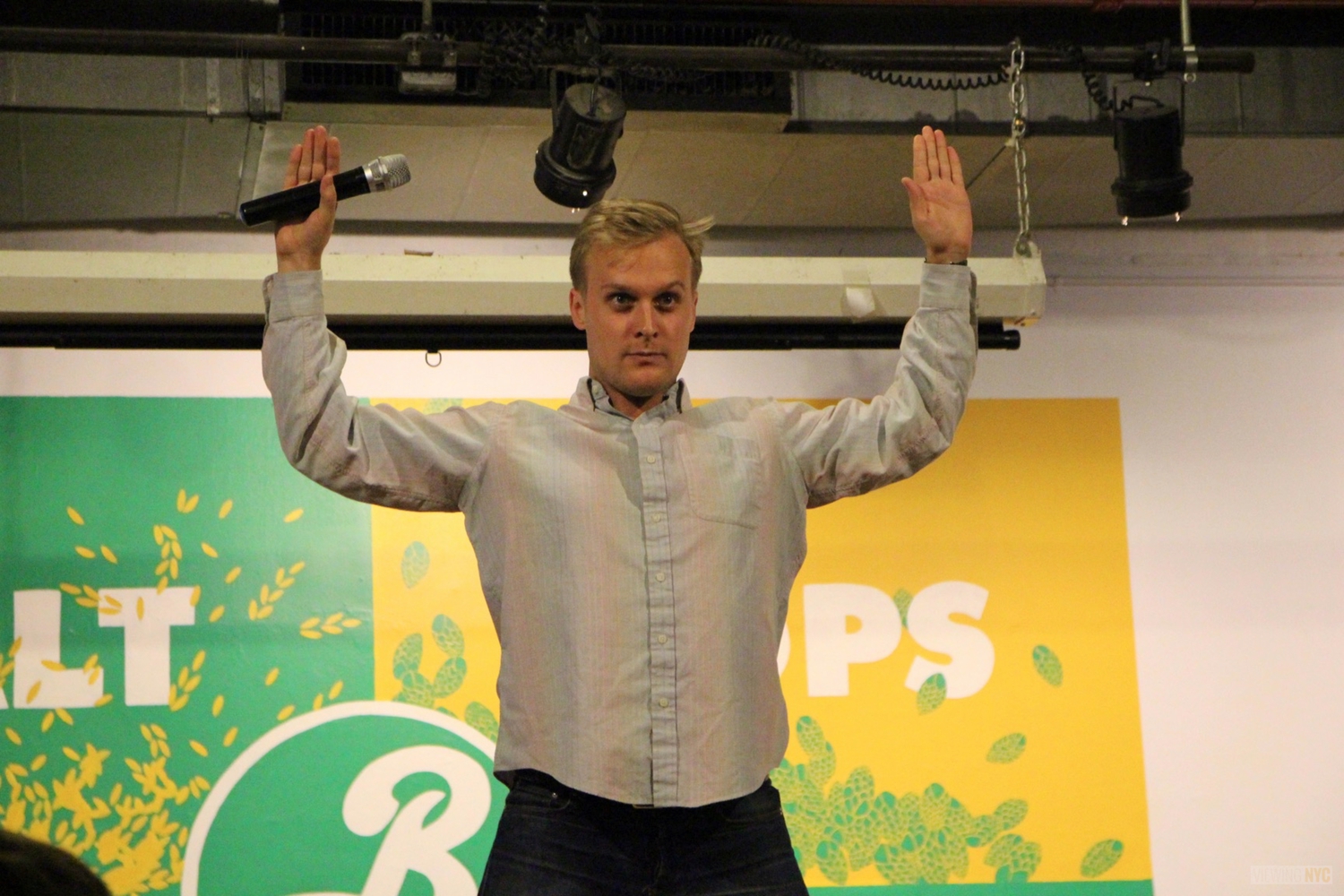 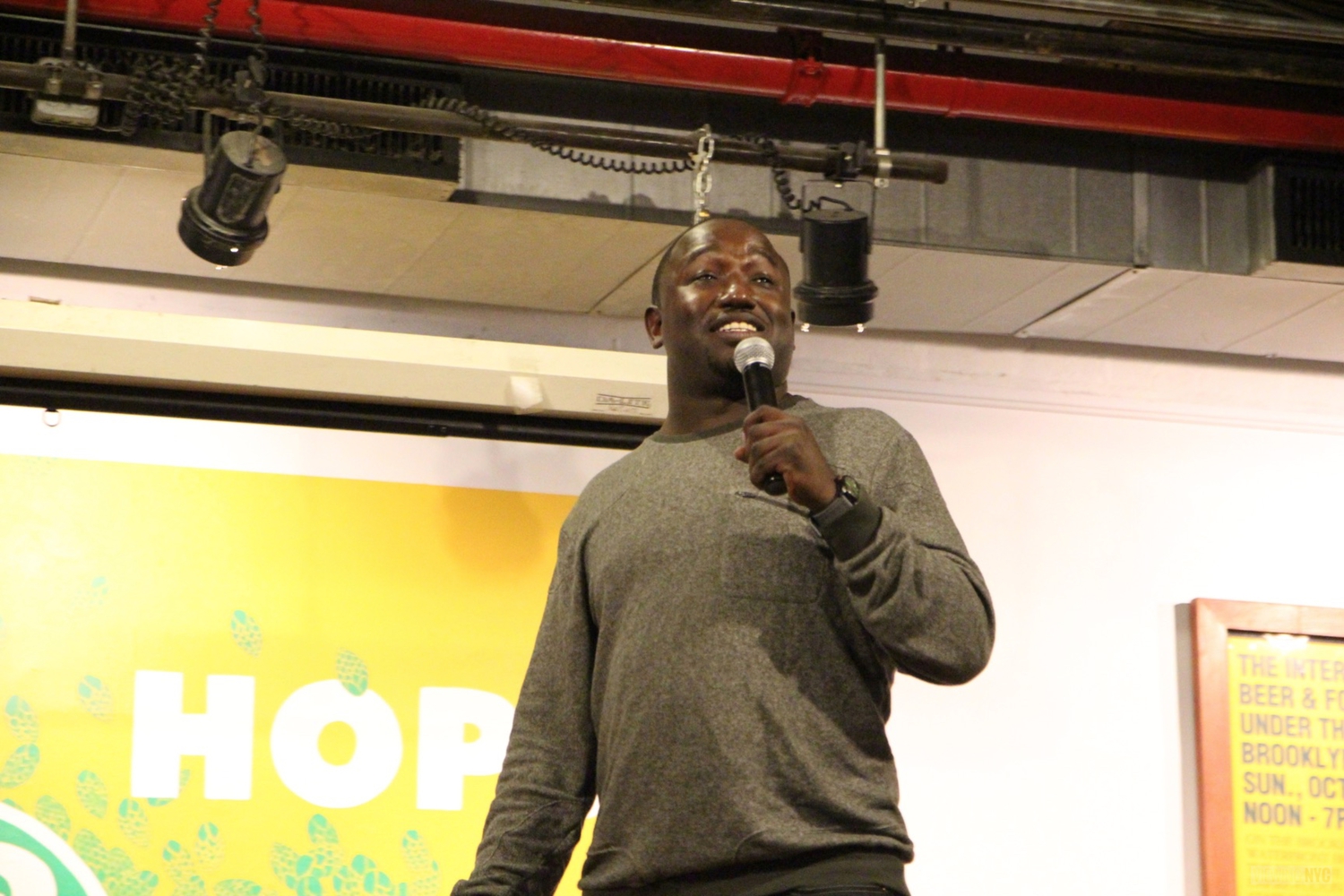 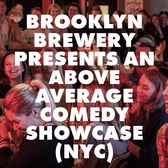 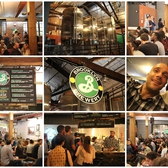 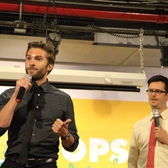 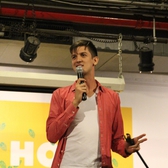 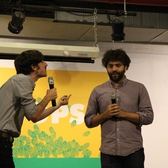 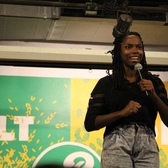 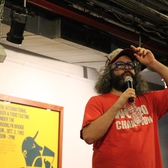 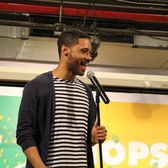 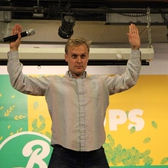 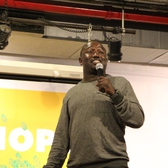 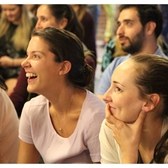 Yesterday, local brewmasters Brooklyn Brewery and online comedy network Above Average teamed up for a free, one-night-only, live comedy showcase. Viewing NYC was on hand to check it all out in case you missed it.

We showed up early and snagged a good seat up front, though Brooklyn Brewery was small enough that really every seat was good. Even the people standing in the back got a great view.

It was pretty sweet to drink amongst the baby beers in the vats and barrels around the brewery, and at $5 a glass, prices were pretty good too.

Matt Catanzano and Richie Moriarty from Simply Unemployable were the hosts, starting off the night right and warming up the crowd by poking fun at Brooklyn Brewery, a little bit of self-depreciation and — of course — some flaccid penis jokes.

Upright Citizen Brigade comedian Josh Sharp was up next and had the crowd roaring with his hilarious stories of growing up gay in the deep South, and getting rando handy's from a masseuse in the West Village.

Matt Porter and Charlie Hankin from Good Cop Great Cop stepped up to the stage to teach us all how to properly speak in public, with their unique and clever slant of course.

Saturday Night Live's Sasheer Zamata hit the stage with a mix of political and social commentary, pointing out the absurdity of modern day racists.

Surprise guest numero uno was none other than 30 Rock's Judah Friedlander who teased the audience constantly in his quest for proof of "American exceptionalism."

Brooklyn comedian Langston Kerman told us all how he and his "white woman" roommate handle living together in the City.

Über-funny John Early challenged the crowd to name any Britney song for him to perform on the spot, pulling a snapchatting Canuck out of his seat to beatbox.

If there is ever another Above Average Comedy Showcase announced, heed my advice and drop whatever you are doing to grab tickets… these guys know how to line up the laughs!