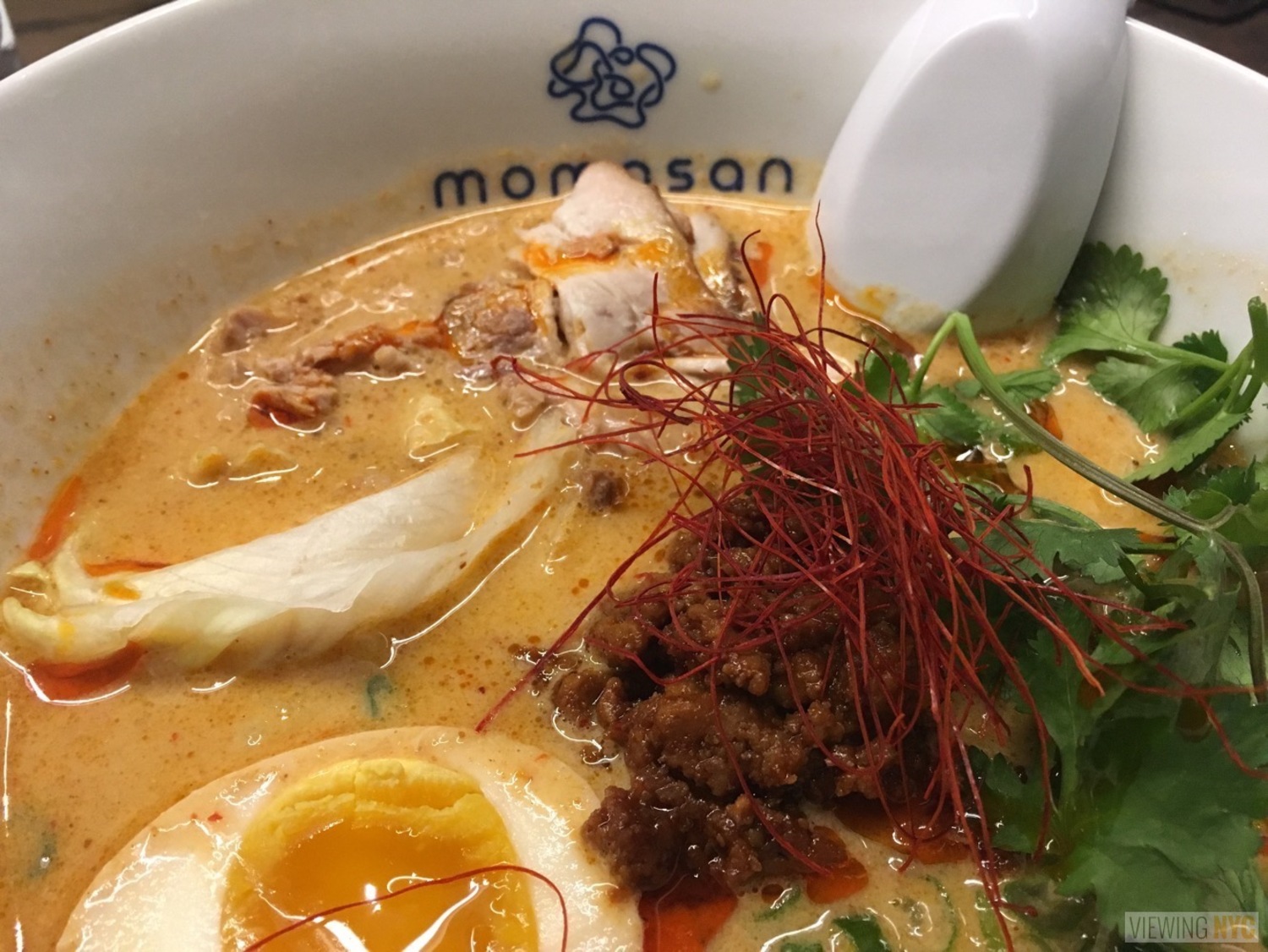 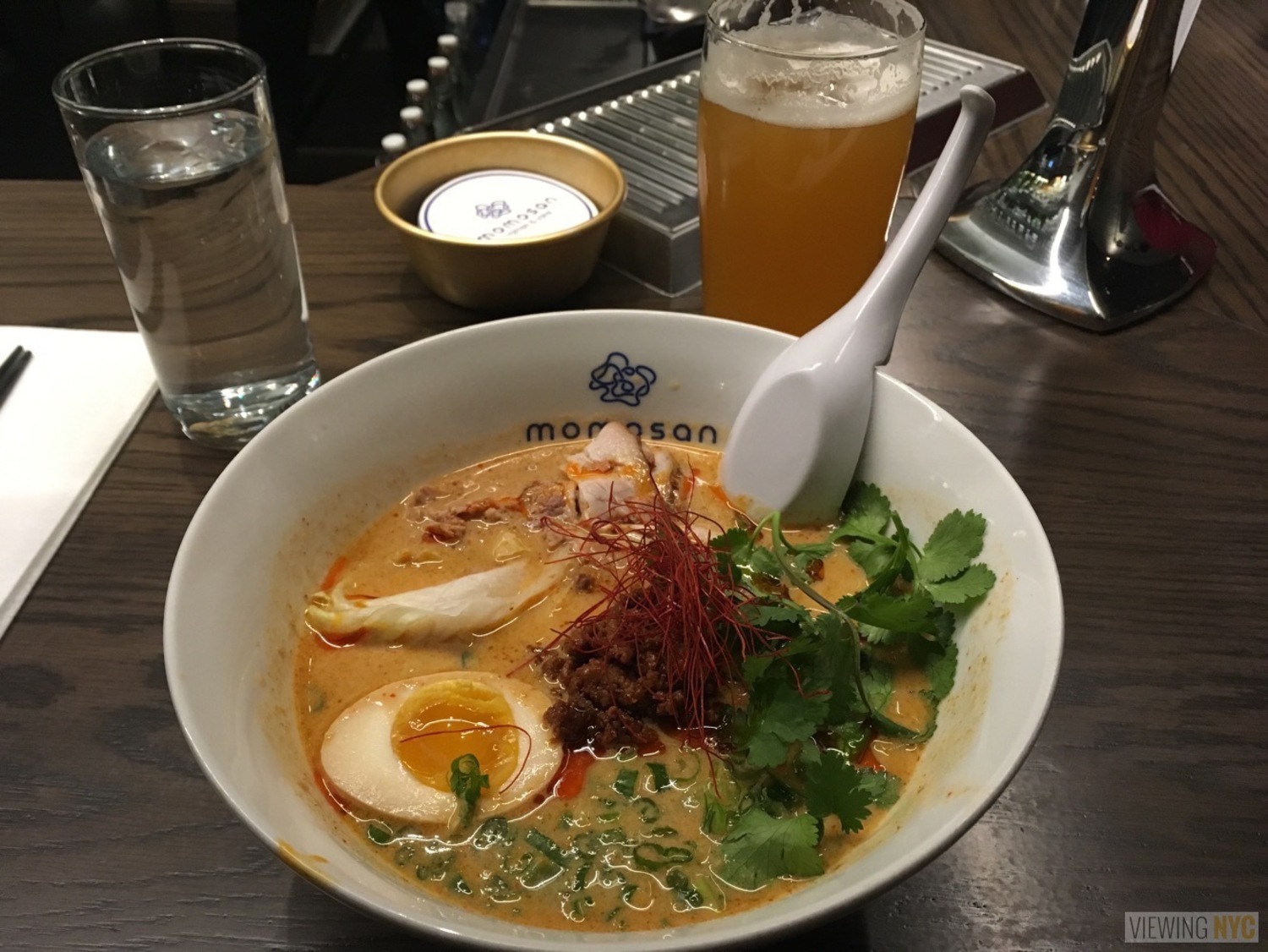 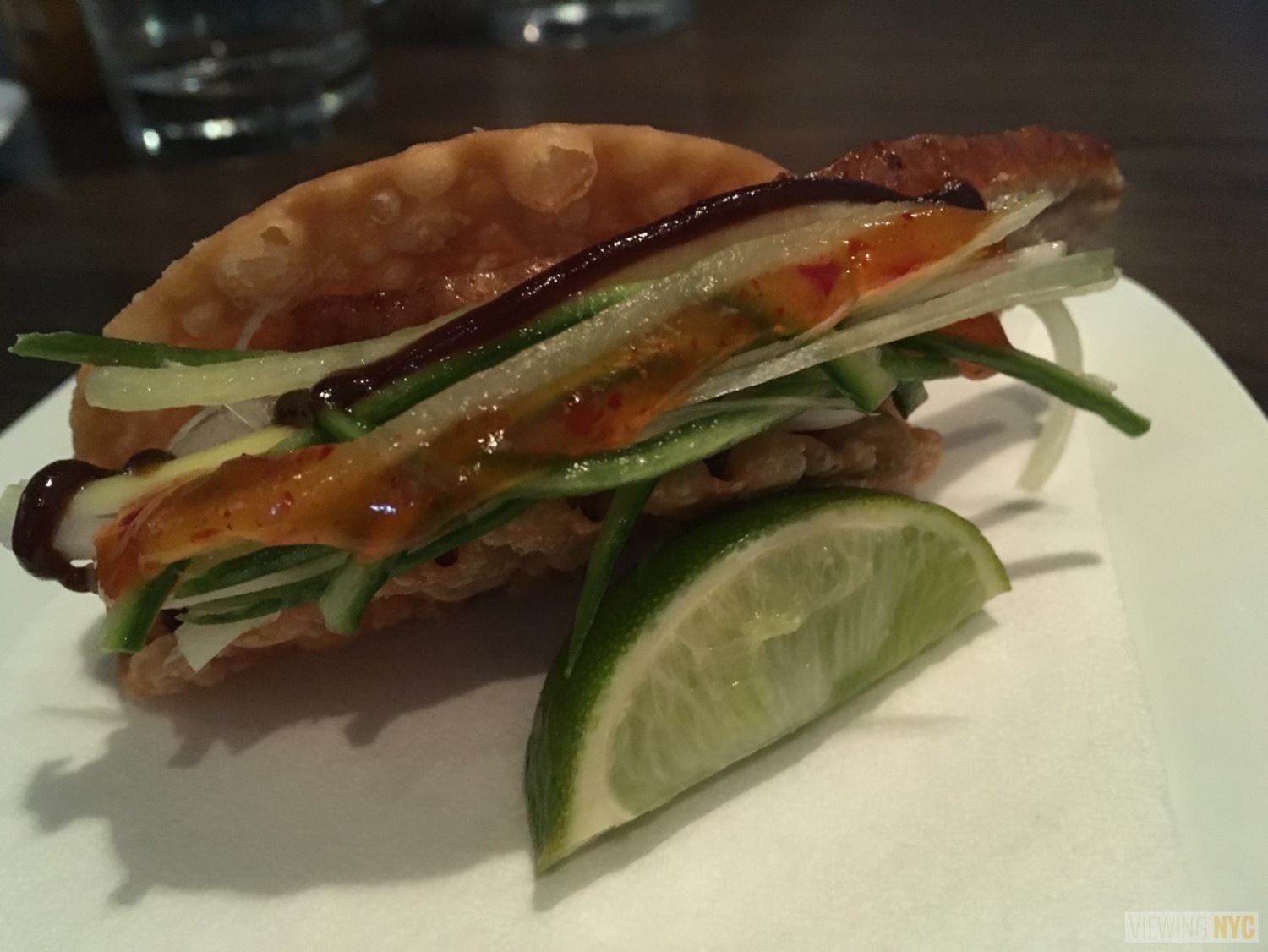 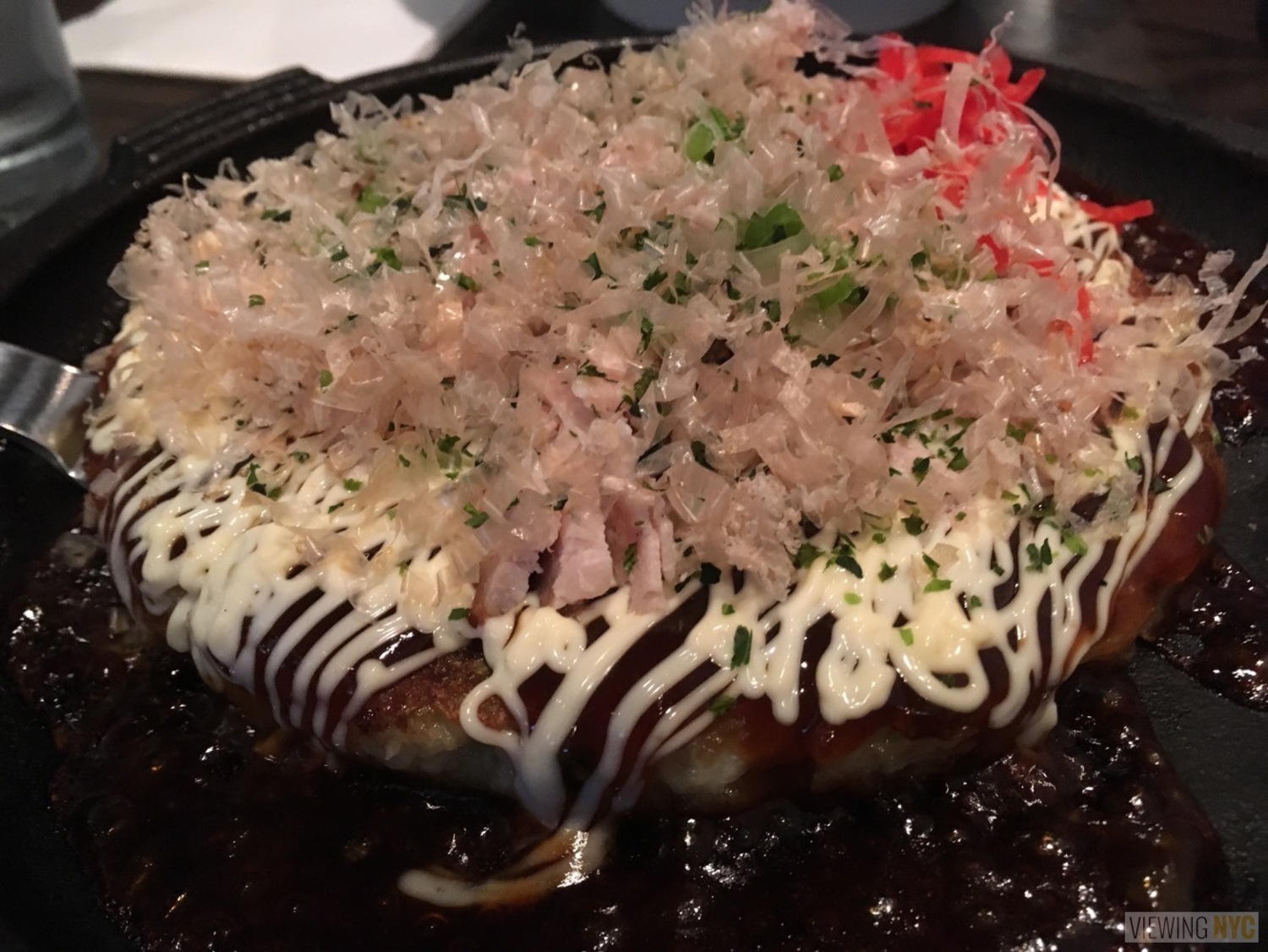 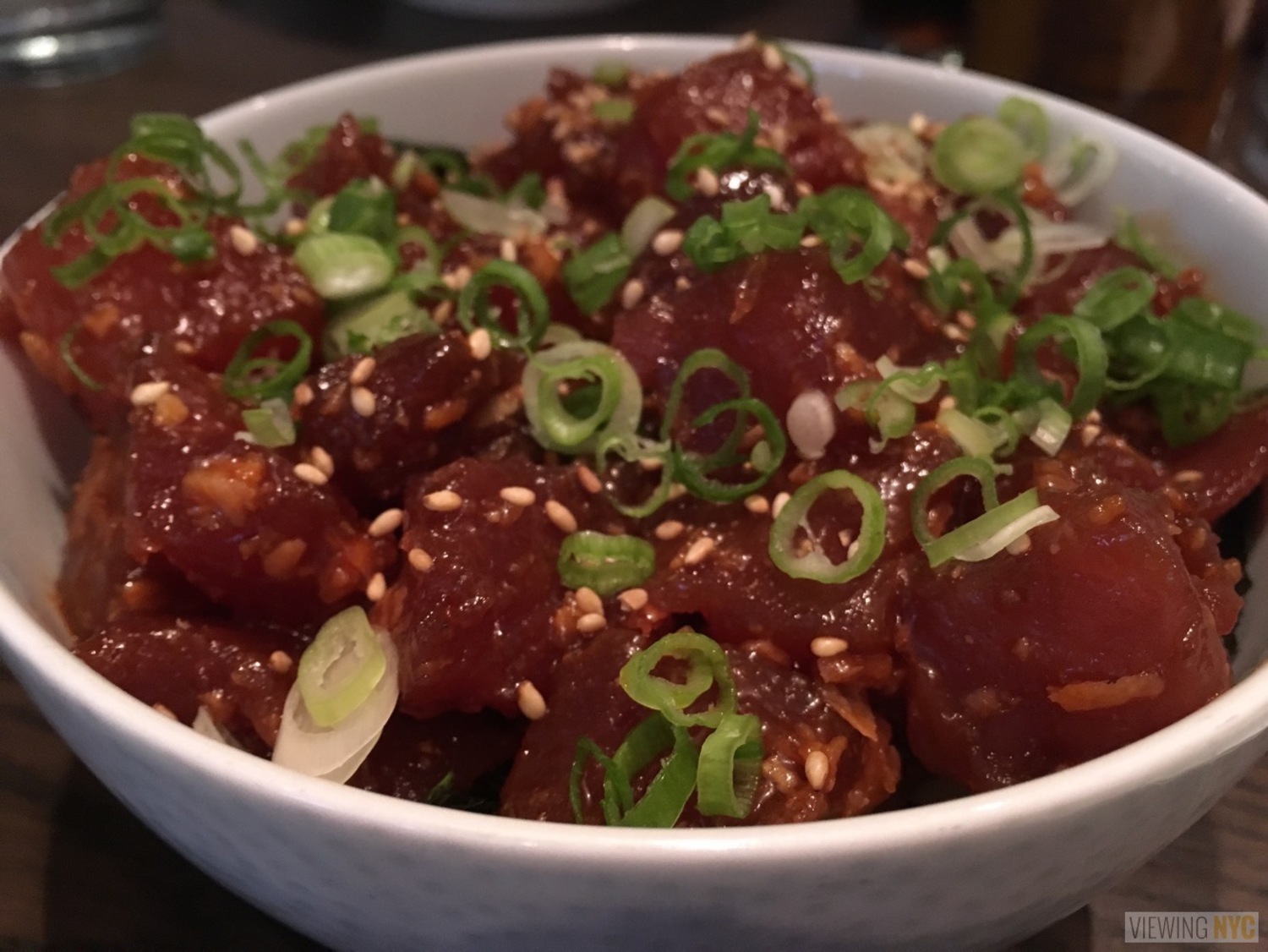 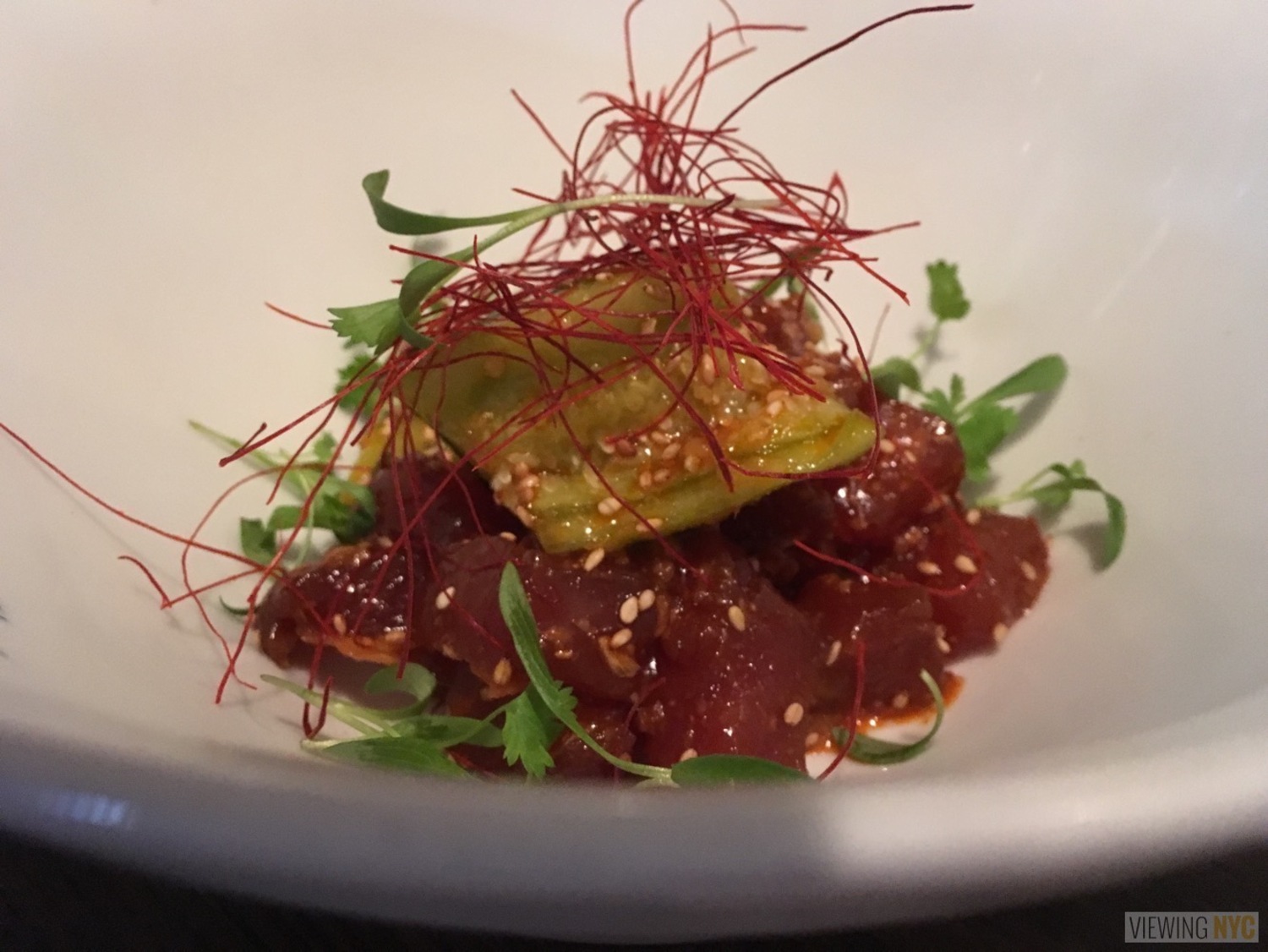 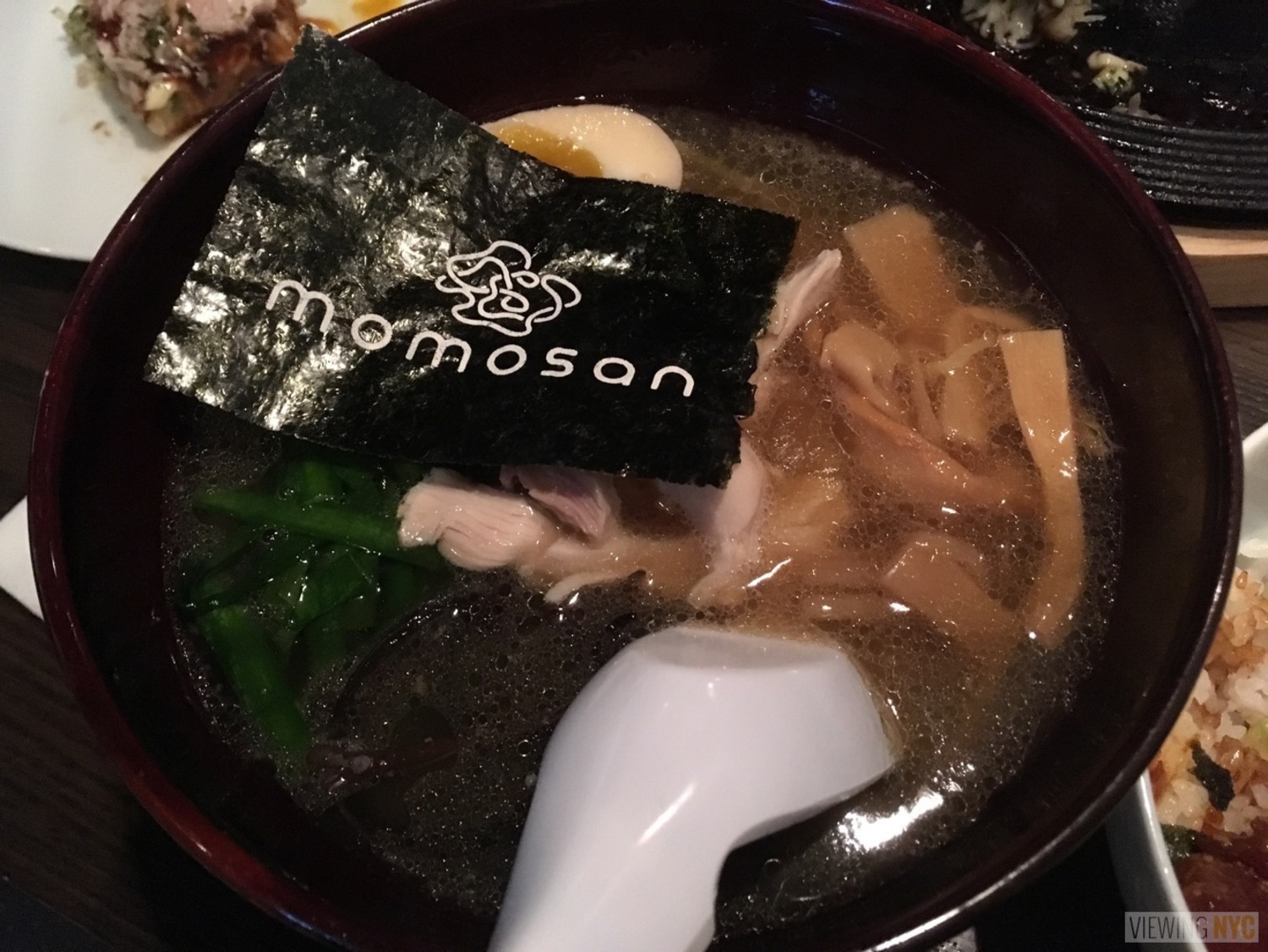 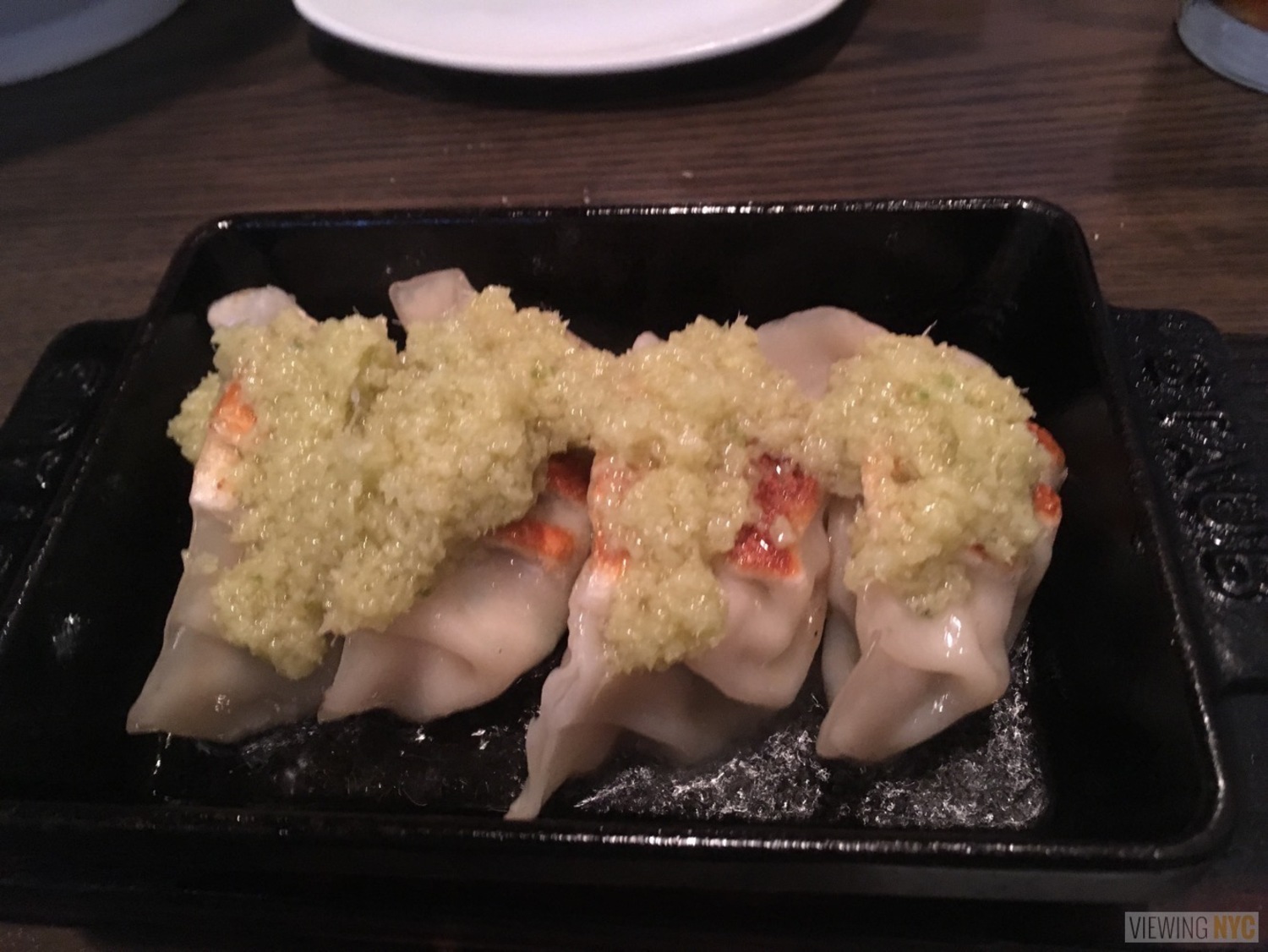 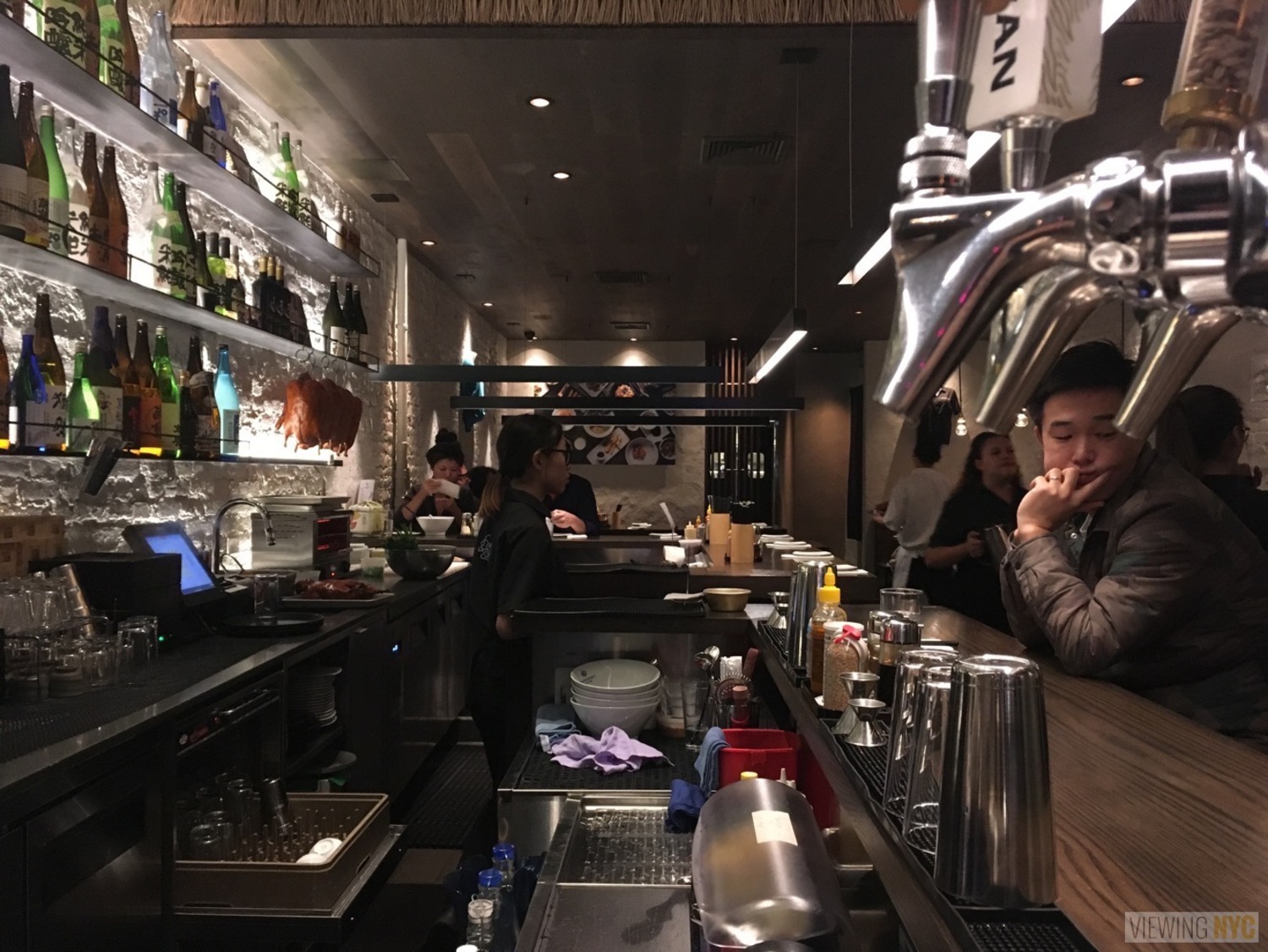 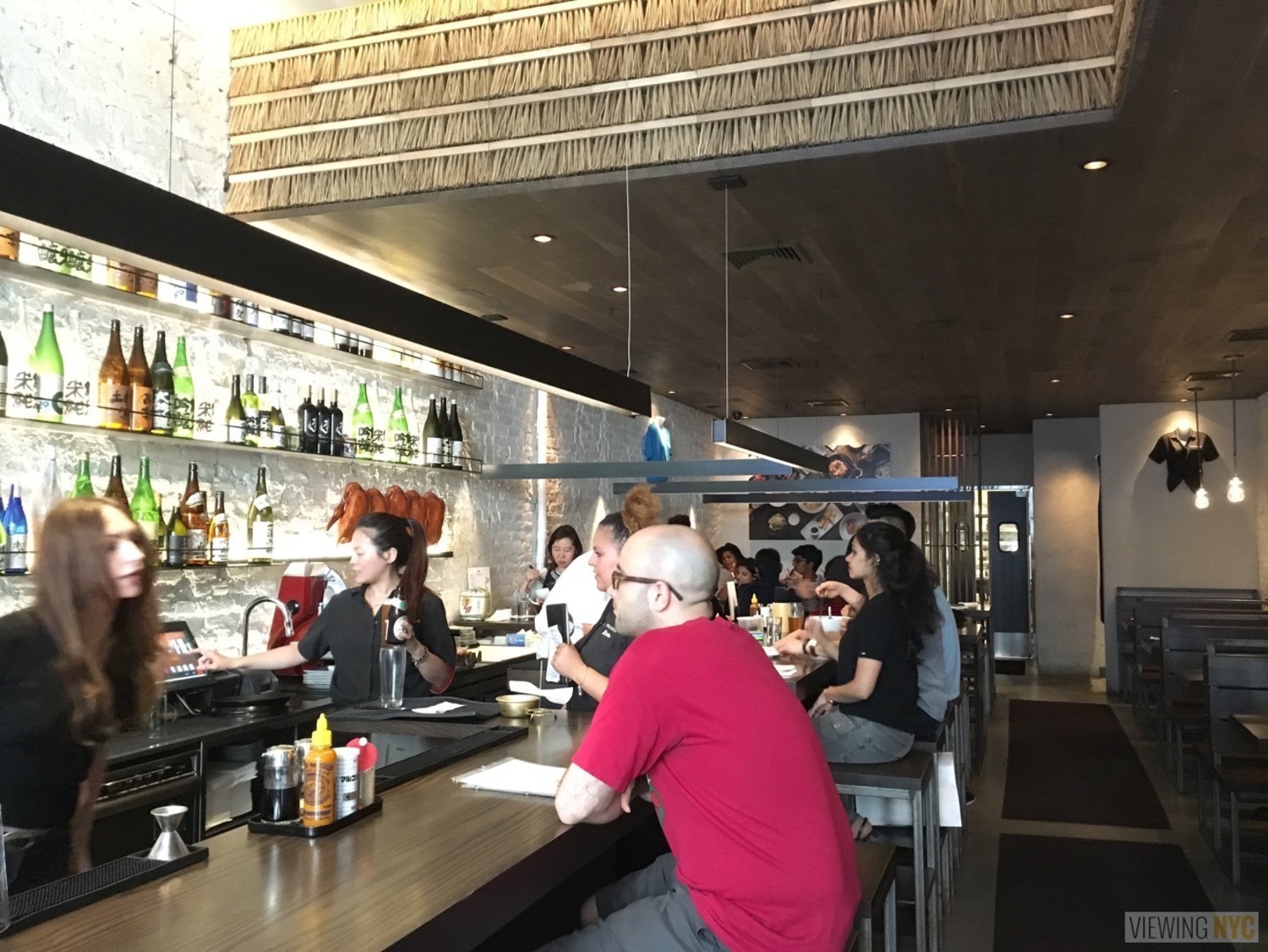 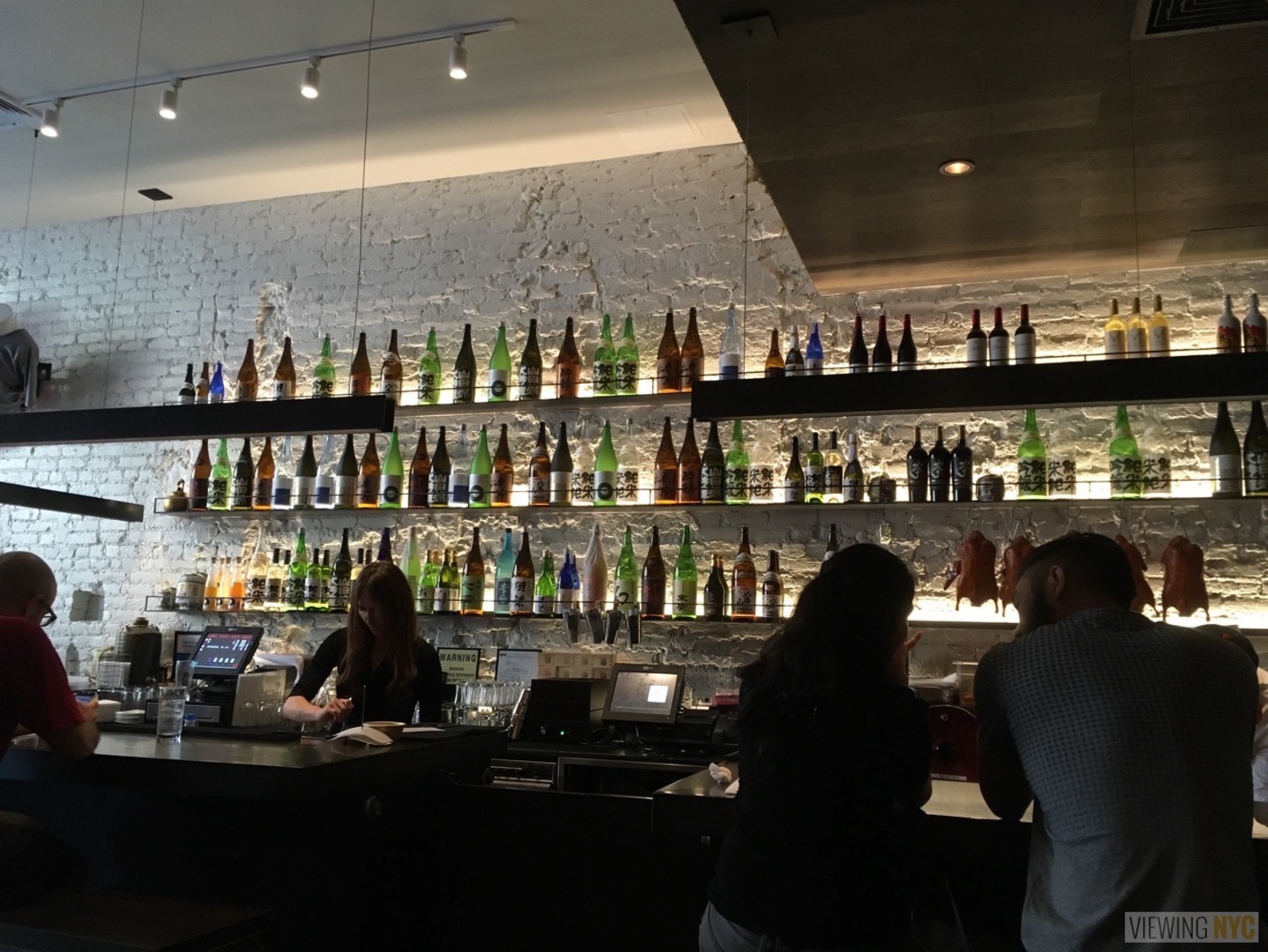 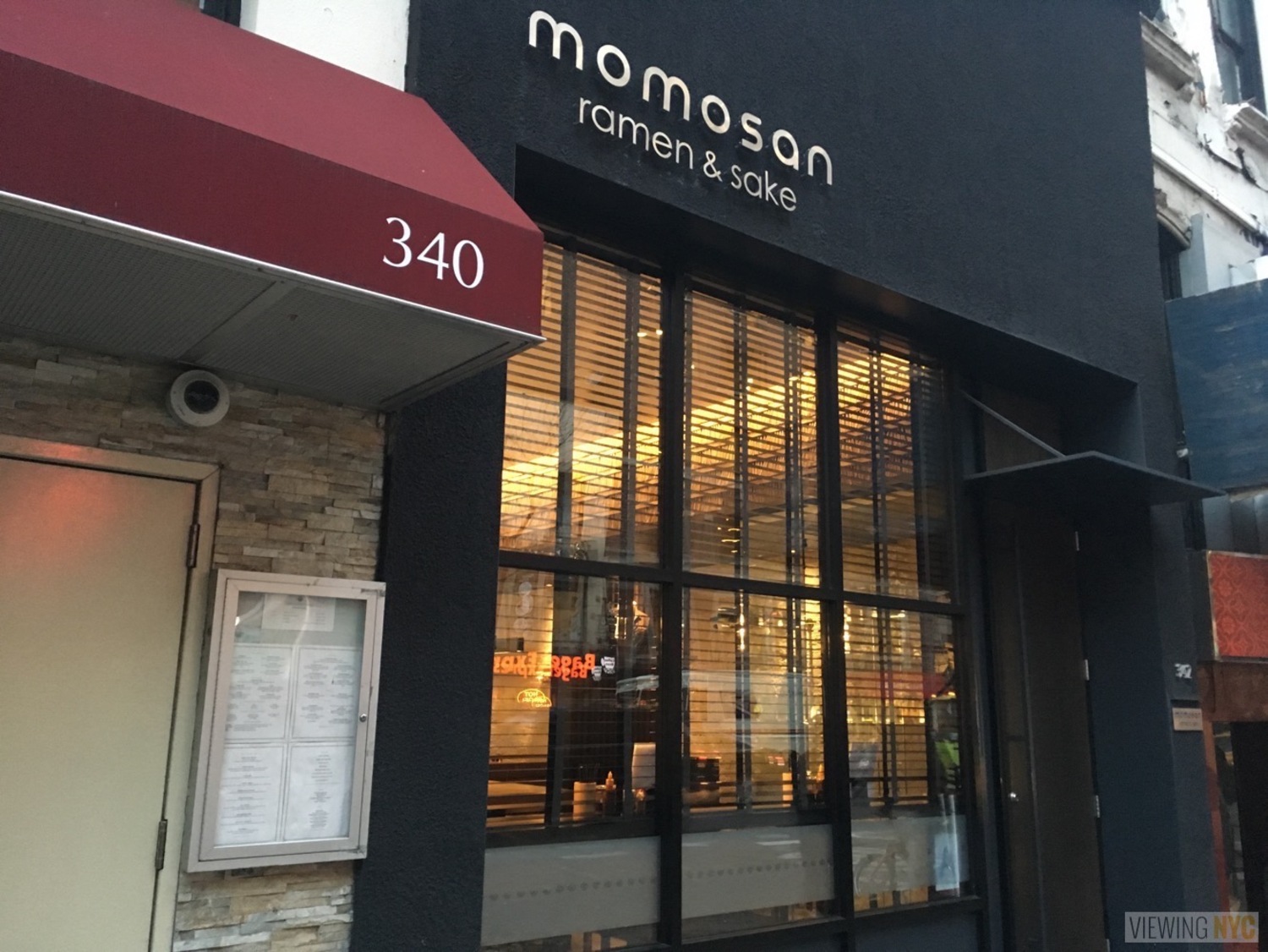 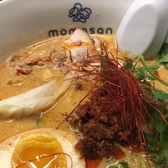 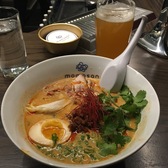 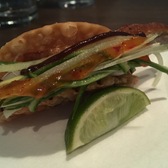 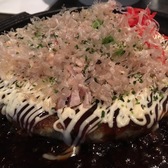 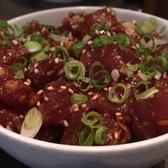 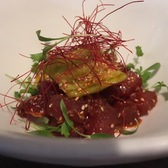 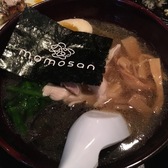 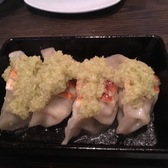 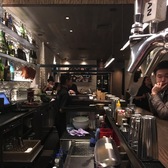 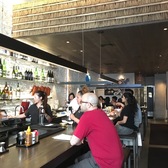 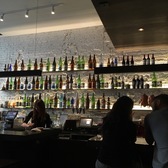 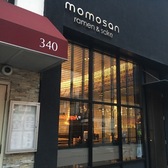 All photos via Bessie Chu for Viewing NYC

What I love about Momosan is that it gets Asian fusion right, a category of food I either detest or devour. I detest it when ends up as an oversimplification of Asian dishes, making them taste one-dimensional. I devour Asian fusion when it combines flavors of different cuisines without losing their individual essences. Momosan succeeds in incorporating the flavors of Chinese, Malaysian, Japanese, and likely other cooking influences in creating deliciously complex dishes.

Momosan is the brainchild of Iron Chef Morimoto of Food Network fame, who owns many restaurants, including the venerable, but expensive, Morimoto. Something much more affordable but still very enjoyable is where Momosan comes in. A bowl of ramen starts at just $10.

Standout appetizers include a Peking duck with cucumber and sweet chili sauce sitting in a crispy gyoza skin shell, kind of like a decadent Chinese and Japanese fusion taco. The pork chive gyoza, covered in minced ginger and scallion, comes on a sizzling skillet, taking the gyoza experience to a higher level.

Momosan also boasts sake from different regions of Japan. I’ve yet to partake in that menu, but I’m sure you won’t be let down given the level of detail put into everything else. As a beer drinker, I like the Singlecut Halfstack IPA on tap. It hits the spot with citrus notes and hoppiness.

To top it off, the trendy restaurant is also designed in a surprisingly versatile manner, making it suitable for larger groups, small groups, and a generous-sized bar for dining alone. 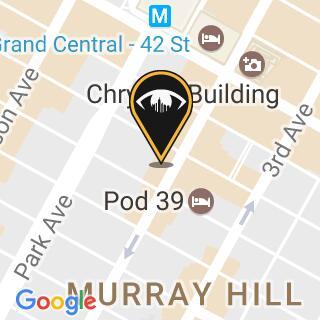 [WATCH] Could You Handle the 16-Pound Tsukemen Ramen Challenge at East Village's TabeTomo?