"The Spirit of New York", a new 600 pound sculpture of a muscular man sitting on an urn, is headed to Carl Schurz Park this Fall. Designed by Japanese artist Yasumitsu Morito, the statue will be on display from October through April 2017 pending Carl Schurz Park Conservancy approval.

Morito explains the meaning behind the sculpture:

The man is meant to make a connection between the two time periods, the 1600s when the Dutch farmer Sybout Claessen owned the land that is now Carl Schurz Park, and the turn of the century, when the park was named […] The vessel is supposed to symbolize the melting pot of cultures that the city is. 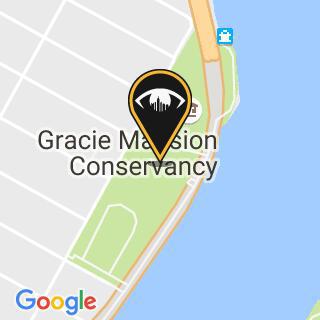 Why Is There A Car Parked On The High Line? Witness Artist Nari Wards Latest Sculpture, Smart Car

Stations, a Quick Visual Scan Through Every Subway Station in the City