You won’t see pictures like these on instagram. Photographer Spencer Lowell recently revealed his New York, New York, New York, 2016 series at the Queens Museum. If you weren’t already enthralled by New York City, you will be now.

Lowell’s featured prints are shots of the Panorama of the City of New York, a 1:1200 scale 3-D model of New York City. Originally constructed in 1964, the scale includes enough detail to boast the bridges, waterways, and each of the 895,000 buildings constructed before 1992. Lowell ambitiously shot and edited for hundreds of hours to bring justice to this legendary structure - and was clearly successful.

It’s incredible to see the Manhattan skyscrapers up close in a way that you just wouldn’t be able to appreciate otherwise. And although Lowell has buffed the images to near-fantastical perfection, if you look closely at each of the images, you can see the giveaway textures which reveal this is not some backdrop for a new animated series but an actual three-dimensional object.

Take a look at the complete series. Trust us, he didn’t miss a thing. 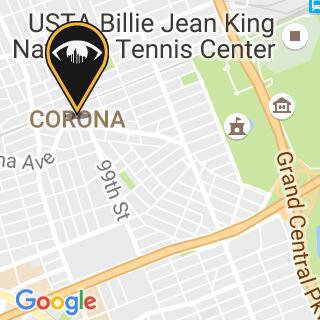 Check Out These Amazing Infrared Photographs of Central Park

Check Out This Amazing Urban Yoga Photography From Kristina Kashtanova