The Chopped Cheese sandwich is not a burger, or a sub sandwich, but something magical in-between. Invented at Hajji's Deli in Harlem decades ago, this inexpensive sandwich filled with chopped hamburger meat, American cheese, and other condiments, has been a bodega staple and local-favorite ever since. Learn all about its origin in this short video from our friends at Great Big Story.

Forget your street cart hot dogs and deli pastrami, the real New Yorker’s sandwich is the chopped cheese, a beautiful conglomeration of chopped ground beef, melted cheese and secret seasoning, all served on a hero or a roll. The birthplace of the chopped cheese is Hajji’s Deli in Harlem, where Salah has been managing the joint for the past 15 years. Inspired by an Arabic dish, the chopped cheese has now become a New York staple, with fans in everyone from Jay-Z to Cam’ron. 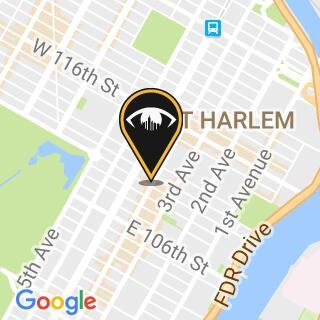