A recent WNYC piece entitled The Lament of the C Train Rider discussed the aging trains on the C-line, most of which date back to 1964. It's an interesting read on why the C-line is so infrequent, so broken down and so obviously past it's prime.

Included in the article was this short television advertisement, in which the New York City Transit Authority (now the MTA) was trying to increase ridership by letting straphangers know they could get to the 1964 New York World's Fair by train, riding in style and ease.

Beware: The ad's jingle is quite catchy and may get stuck in your head. 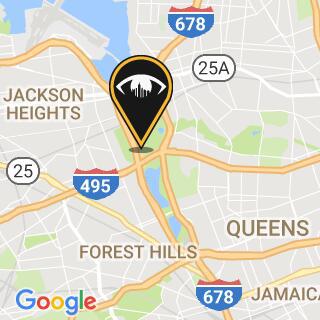 Meet Angela Kim, the Brains Behind the Scratch-N-Sniff Subway Posters Around NYC