This great vintage photograph from 1875 shows the view of Battery Place in Lower Manhattan, as seen looking west towards the Hudson River from Broadway. On the right of this photograph, out of view, is Bowling Green, and on the left, also out of view, would be Battery Park. Our friends at local historical site Stuff Nobody Cares About recently analyzed the photo.

Be sure to check out the full article for more analysis. Here is a Google Street View of what the same stretch of Battery Place looks like today.

Next, check out this aerial illustrated map of Manhattan created in the same year, 1875. 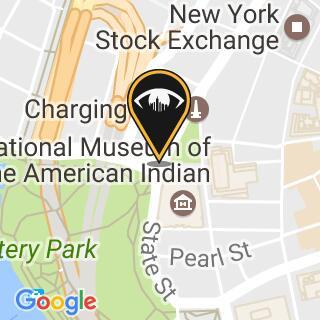 Vintage Photograph Looking Down Broadway from Park Place Circa 1875