This post by the site features a vintage photo of the Grand Central Oyster Bar from 1975.

July 31, 1974: When the Oyster Bar and Restaurant at Grand Central Terminal closed with little warning, diners and employees alike were dismayed. “When I want oysters on the half-shell and nothing more, where do I go?” asked one customer. However, it was expected to reopen soon (and did, with new management), and was reviewed favorably in The Times later that year (though the mussels, at $2.25, were deemed overpriced).“ 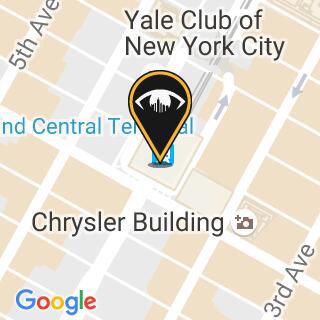