In honor of the final week of existence for Glaser's Bake Shop, here is a story of yet another New York City gem that is disappearing. This time the store closing is not due to the landlord or the internet or changing fashions.

Glaser's has been a family business for 116 years. Herb Glaser and his brother still run the place. After spending a lifetime making dough, painting black & white cookies, and baking jelly-filled danishes, he and his brother are saying it's closing time. Fair enough.

The Glaser's own the building so it's the rare NYC retail demise where they are the calling the shots on their own terms.

We can still mourn.

Here's a last look at the interior of Glaser's. We'll never see an authentic century-old bakery like this again.

Thank you Herb Glaser, the Glaser family and the staff for keeping the tradition alive as long as you did. 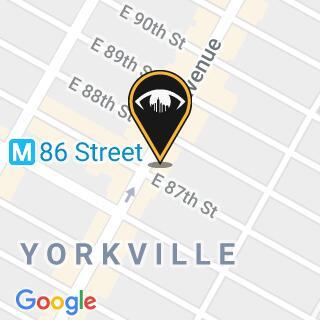 Chris is the worst selfie-taker in North America. In addition, he's the co-founder of Wheelhouse Communications, a video marketing agency. His passions are his family, pizza and a New York City that is disappearing before our eyes. Sounds like a good film.

[WATCH] Maybe We Woke Up: The Saving of The Oldest Bar in Queens: Neir's Tavern