The 191st Street Station in Washington Heights is home to one of the most colorful, graffiti and street-art filled tunnels in New York City. Used as a passageway to get from Broadway and 190th to the station, the tunnel extends over 1000 feet under the hills of Washington Heights. Take a walk through the tunnel in this immersive video from local YouTuber ActionKid, though we disagree with his labeling of the tunnel as creepy.

A walkthrough of the 191st Street Station in Washington Heights, Manhattan on the (1) Train. It features a very creepy subway passageway, dirty tracks and platforms, and an elevator. It is also the deepest subway station in the system. 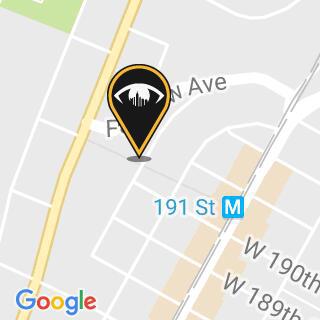