As part of Andrew Cuomo's 2016 agenda, it was announced last year that the Governor plans to transform the reviled Penn Station into a world class transportation hub. On Friday, the Governor's Office announced that construction has started on the $1.6 billion conversion, and provided more details on what to expect. To accompany the announcement, a new video of the project details was released, showing a transformed station, bright and airy; the complete opposite of what the station is now.

"For decades, passengers were promised a world-class train hall worthy of New York - today, we are delivering on that promise and turning that dream into a reality," said Governor Cuomo. "We are transforming the Farley Post Office into a state-of-the-art transit hub to get travelers where they need to go faster and more comfortably. With better access to trains and subways, vibrant retail and business opportunities and stunning architectural design, we are bringing Penn Station into the 21st century." 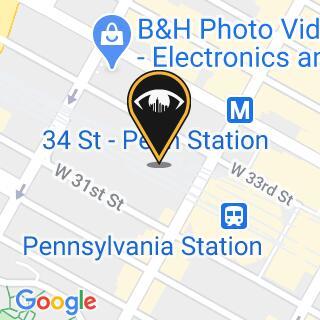 Take a Peek at New Renderings of Moynihan Station, Penn Station's $1.6B revamp