Following the launch of its affordable unit lottery last month, details of the 40,000 sf of amenities at the Hub at 333 Schermerhorn Street were unveiled this week.

The Dattner Architects-designed building, which topped out earlier this year, is currently Brooklyn's tallest tower -- but will eventually get over taken by both Tower 3 at City Point and the supertall at 9 Dekalb Avenue. Residents of the Hub's 750 units will have access to a plethora of amenities, including a 75-foot swimming pool, yoga studio, and dog park.

The building, which is being developed by Steiner NYC, will being leasing in January 2017. Pricing for the market rate units has not yet been released.

via The Real Deal 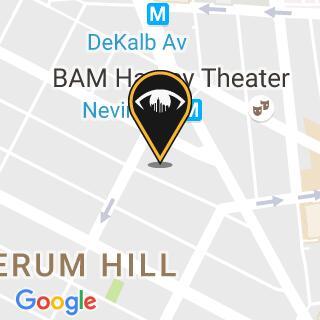