The John Street Church is an unassuming building in the Financial District that holds an incredible amount of history. The church, which was built in 1841, is known as "the oldest Methodist congregation in America."

In 1768, two lots were purchased on John Street; the first building constructed would be the Wesley Chapel, after John Wesley, who is credited with the foundation of Methodism in the mid-18th-century. 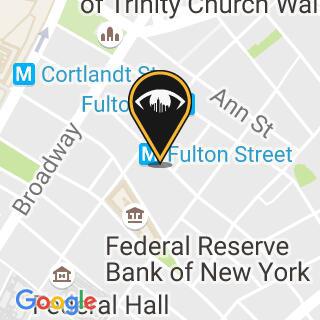 Vintage Photograph of the Woolworth Building at Night Circa 1915