Hidden deep in The Ramble woods of Central Park, only found when Frederick Law Olmsted and Calvert Vaux were planning the area.

In New York City's Central Park, just below the 79th St. Traverse, lies a heavily wooded area, interwoven with narrow, winding trails, and dotted with large granite boulders. […] While the cavity was certainly an interesting find, it didn't quite fit the look that Olmsted and Vaux were going for, nor was it easily accessible from the elevated lake-side trails. To solve the first problem, several large rocks were set on top of the eastern wall with more stones set into the hill beside the north exit, giving the impression that they had slid down naturally.

It was an early attraction to Central Park, drawing people out from all over to see the small hidden gem.

One early guidebook calling it “a great attraction to boys and girls, and hardly less to many children of a larger growth.” Later in its life it would become known as the 'Indian Cave', supposedly because the floor showed evidence of early Native American inhabitants, though evidence of this is hard to find. Early sources refer to it simply as “the cave” or “the Ramble Cave”.

But because of the hidden nature of it, the cave was a hotspot for trouble, leading to its closure in the 1930s and the sealing off of the entrance. You can still see the steps if you go today.

Check out the full article for more history on the Ramble Cave. 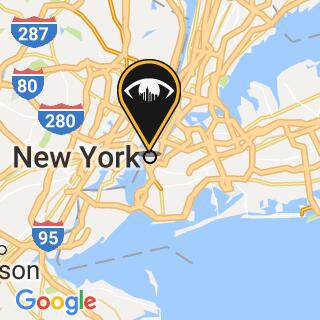 The Ramble and Lake

There's a Hidden Cave in the Middle of Central Park's Ramble