The 2016 World Chess Championship will officially be played in New York City's Seaport District. The contest, a series of 12 games played between the current World Champion and a challenger to determine the best player in the world, was last in the United States over 15 years ago! The last World Championship match enjoyed record-breaking coverage with the total audience for the whole event topping 1.2 billion people.

Hosting the match is huge for the rich chess culture of New York City. While NYC has always been a historical chess hub from the famous Marshall Chess Club to the iconic park players from Central Park to Washington Square, between the upcoming World Championship and feature length films, chess in New York City is clearly on the rise.

The "Mozart of Chess" and defending world champion, Magnus Carlsen will enter the competition as the favorite against Russian challenger Sergey Karjakin, who still holds the record for youngest Grandmaster in history. To see proof of Carlsen's genius check out the video above where he takes on 3 different masters at the same time, blindfolded!

Many chess fans had hoped the challenger would be Americans Hikaru Nakamura or Fabiano Caruana both of whom have roots in New York, but Karjakin bested them and others in the qualifying tournament in Moscow in March.

The players will compete in a soundproof glass room, in front of 300 spectators plus VIPs, who will have a lounge area. Regular tickets will cost up to $50. Mr. Merenzon said he expected audience members to come and go during games, which can take five or six hours, with long stretches between moves. Commentators will analyze the game in progress, and a gift shop will sell souvenirs. 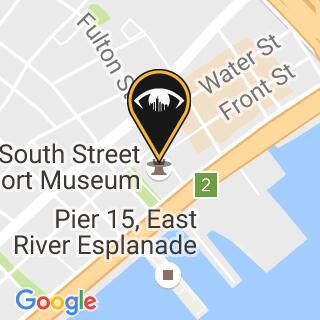