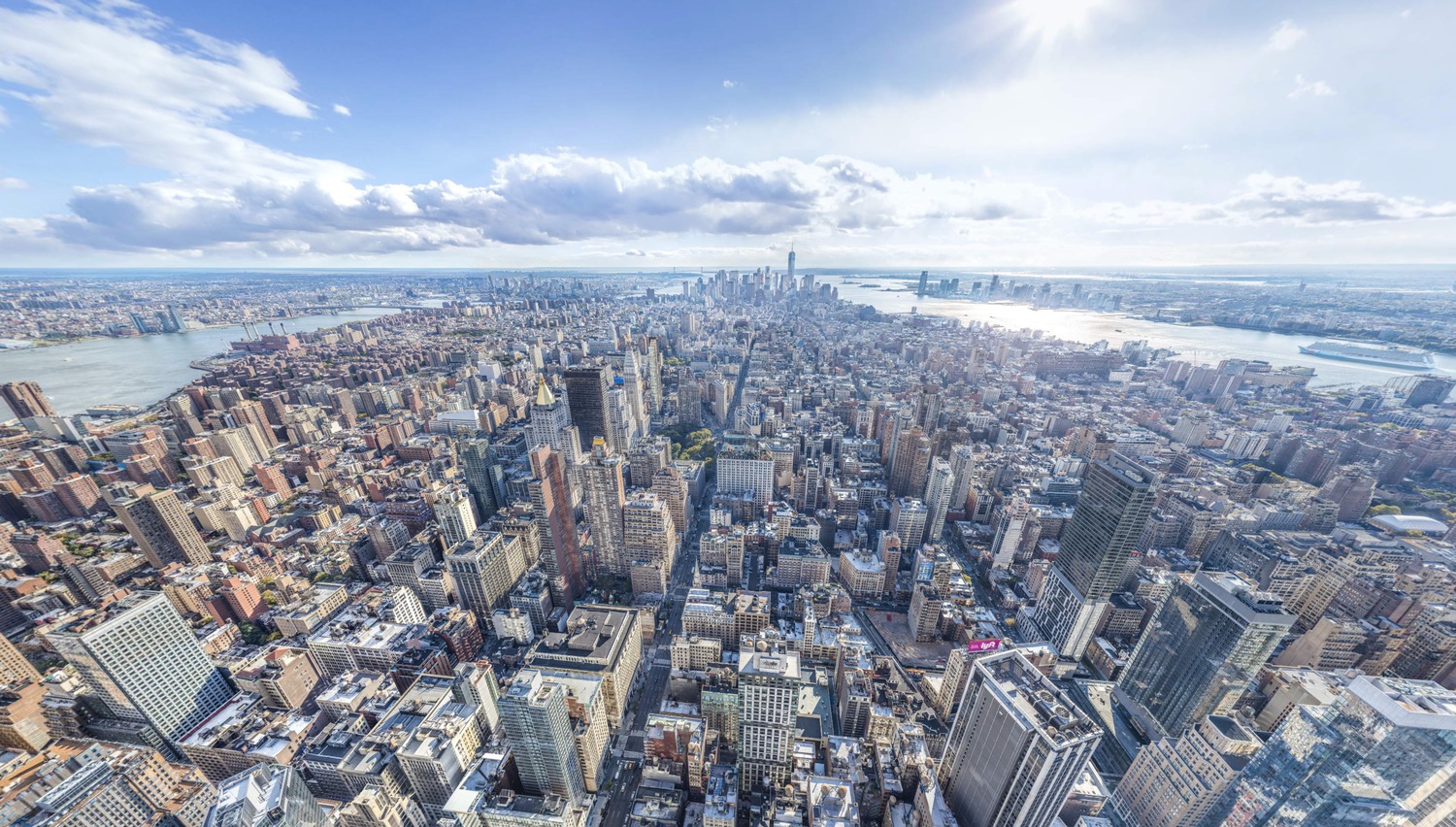 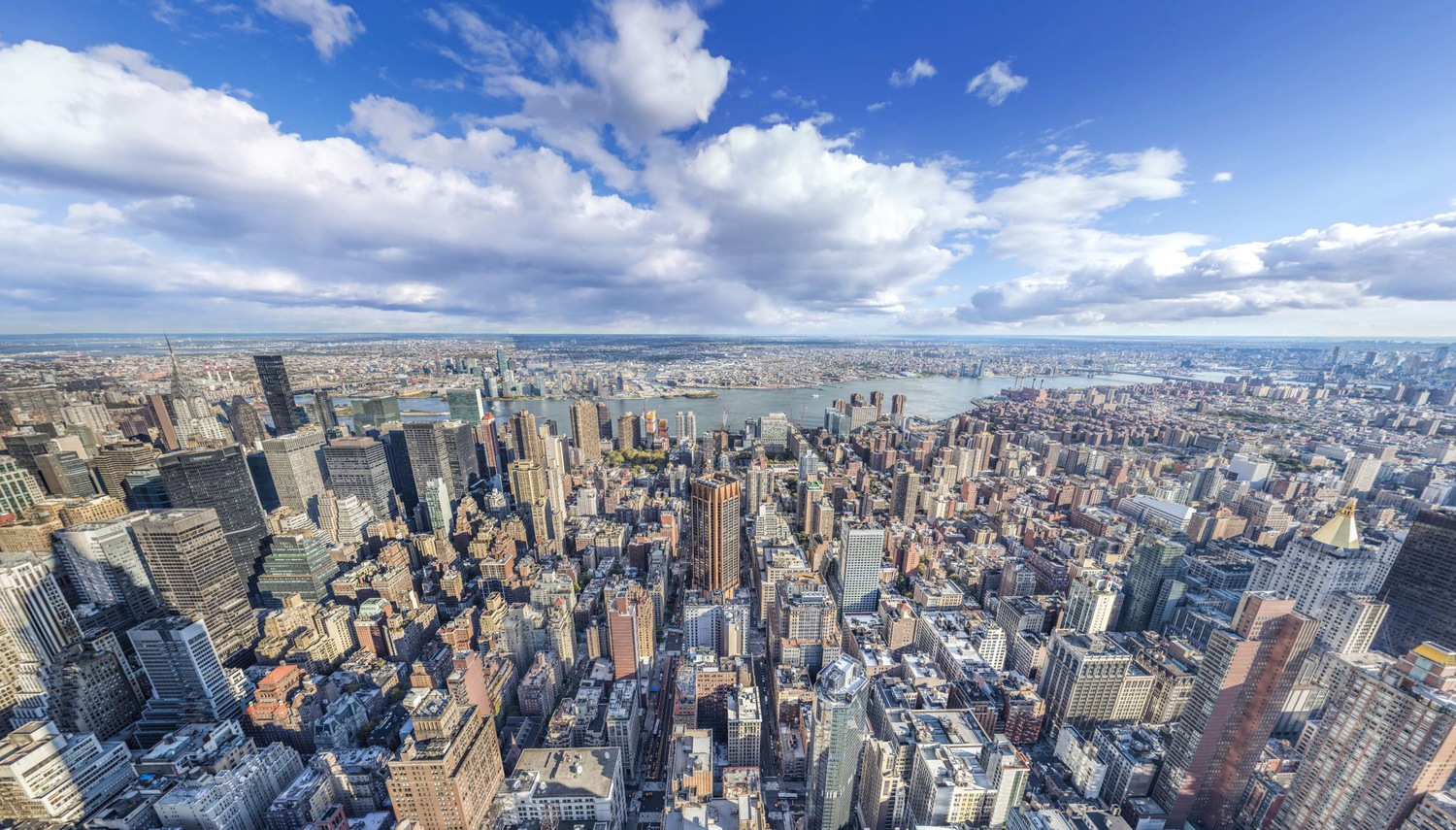 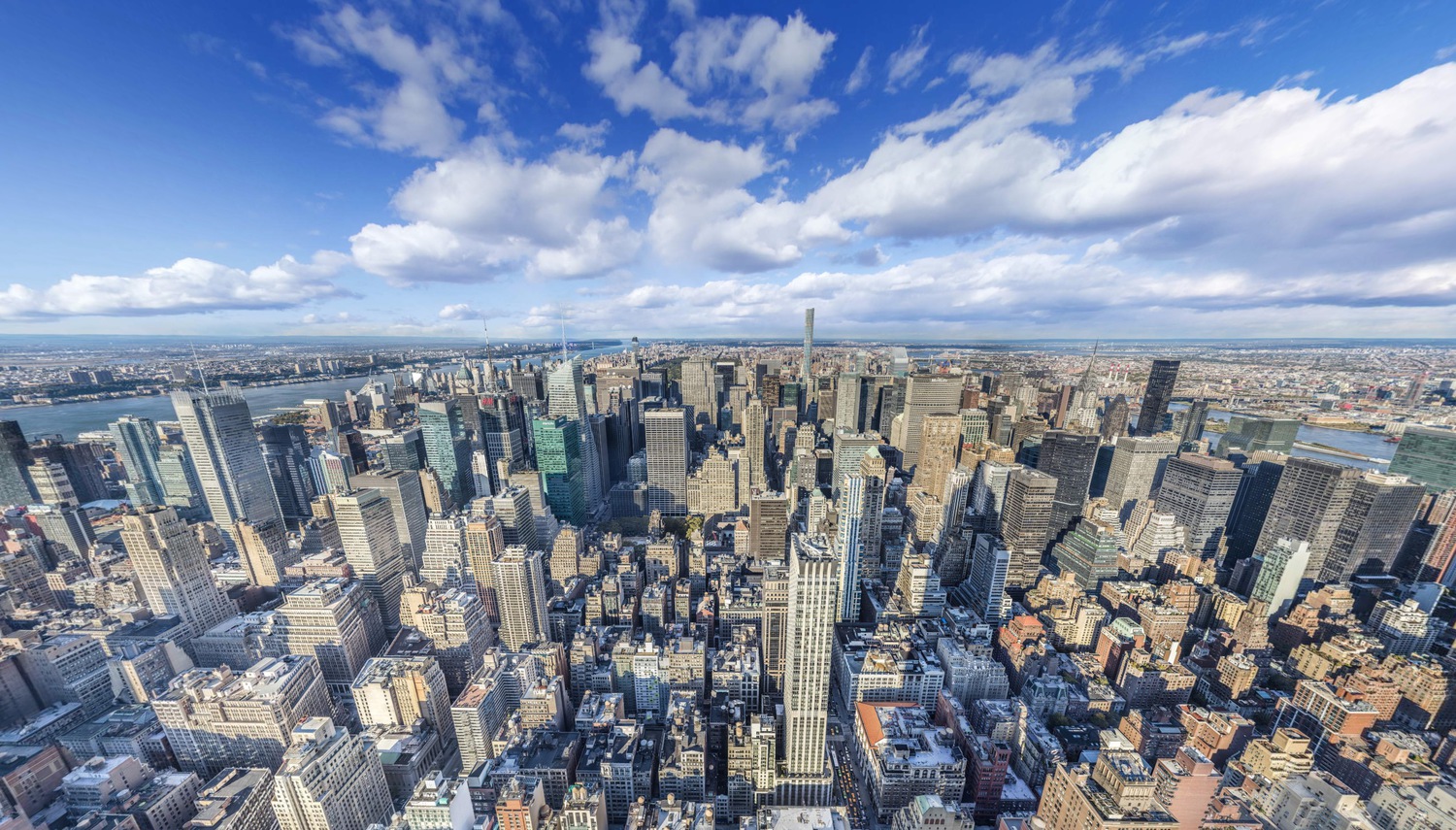 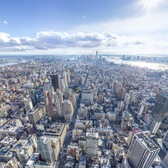 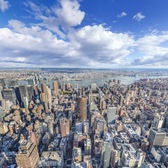 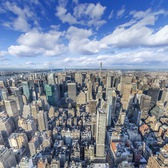 The original photo 203200 pixels wide by 101600 pixels tall, totaling over 20 billion pixels, When printed at a standard 300 dpi resolution, this photo would measure a whopping 57 feet wide by 28 feet tall.

The largest photo ever made of NYC. 360º New York City gigapixel. If you printed this image at a standard photo resolution of 300DPI, it would be 18 meters or 57 feet wide, and 9 meters / 28 feet tall. That's a big photo!

These screengrabs don't do the image justice, so do yourself a favor and check out the full interactive image. Don't forget to ZOOM!