The historic Ed Sullivan Theater first opened in 1927 and has been a radio and television studio for CBS since 1936.

In this clip from last nights Late Show With Stephen Colbert — the first ever — the host shows off the shiny new renovations made to the interior of the famous theater.

Stephen shows off his completely renovated set in the Ed Sullivan Theater, which features everything from a digital projection dome to an ancient cursed amulet. 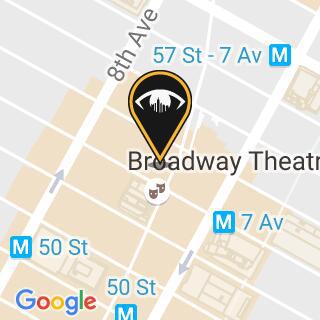 The Late Show With Stephen Colbert Marquee Goes Up on Broadway

The Late Show With Stephen Colbert Releases the First Promo: The Colbeard

Actor Chris Noth Compares 1990s New York City With Today: Its a Playground For the 1%