A new "Dick-Faced Trump" wheat-paste poster has recently appeared on the site of the former Dump Trump poop-emoji/Donald Trump mural created by Hanksy.

It was a beacon of anti-Trumpism for more than a year. Until this past January when Hanksy’s Dump Trump Mural was whitewashed. The narrative at the time suggested that the building owners received a letter from the city last summer to clean up this shit or face fines. But the real reason was that they were reportedly nervous to have it up after Trump was sworn into office. Anyway, after a brief tribute period (candles, sticker), the wall has been reactivated with anti-Trump sentiments. Namely, a dick-faced wheat-paste piece.

To be completely honest, this street art is very offensive to me. No penis deserves to be placed on top of that horrific image. It's about time that somebody stood up for the innocent objects that people are associating with this psychopathic madman. Think of all the penises, toilets, poop emojis etc... who had no choice in being linked with the prez and his actions. I would rather see a plain dick on this wall than see a hint of that gross orange mass underneath. 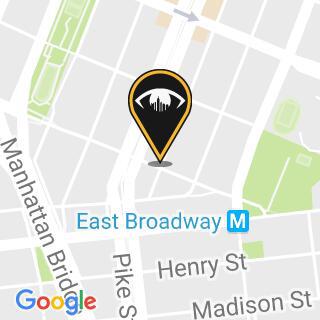