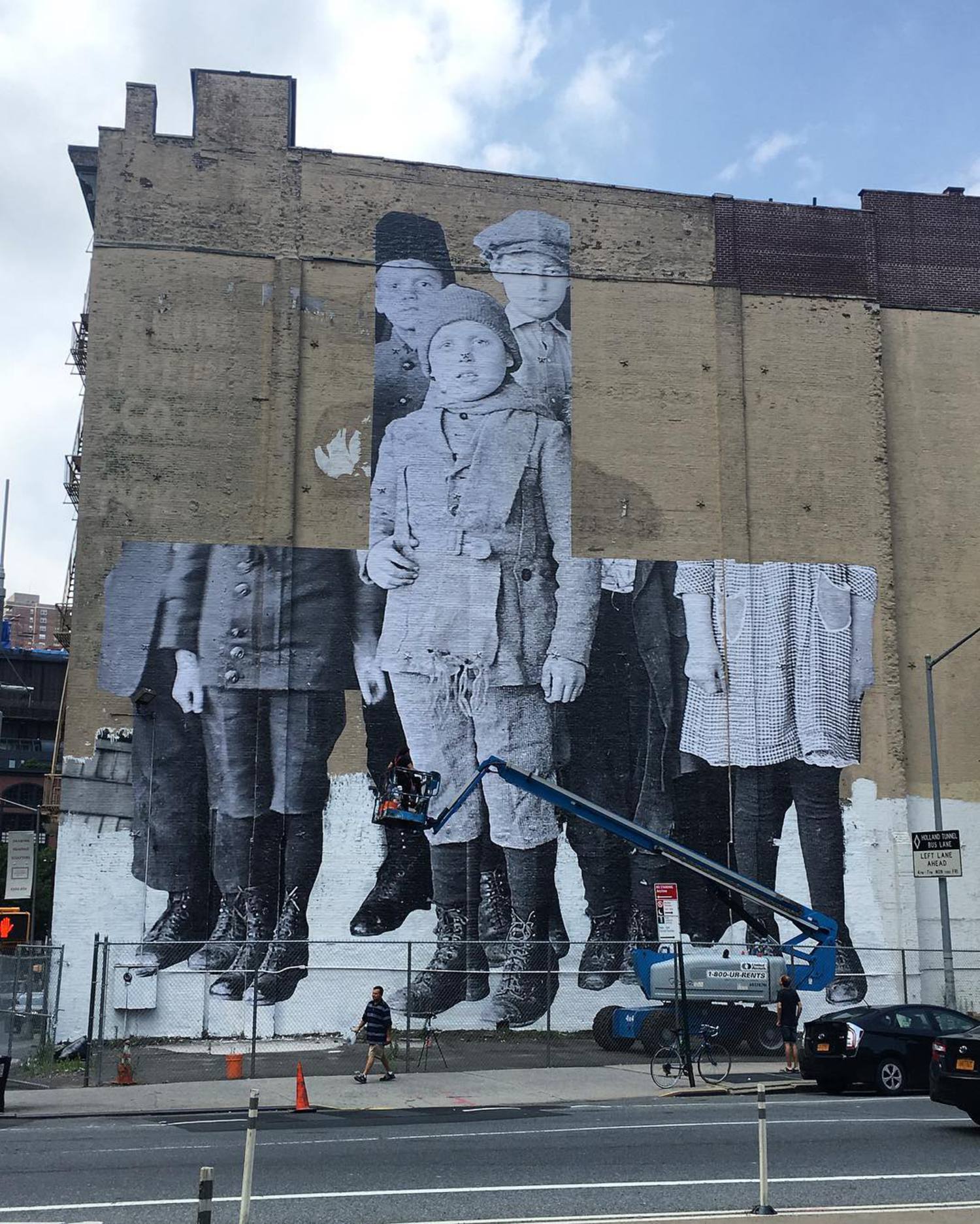 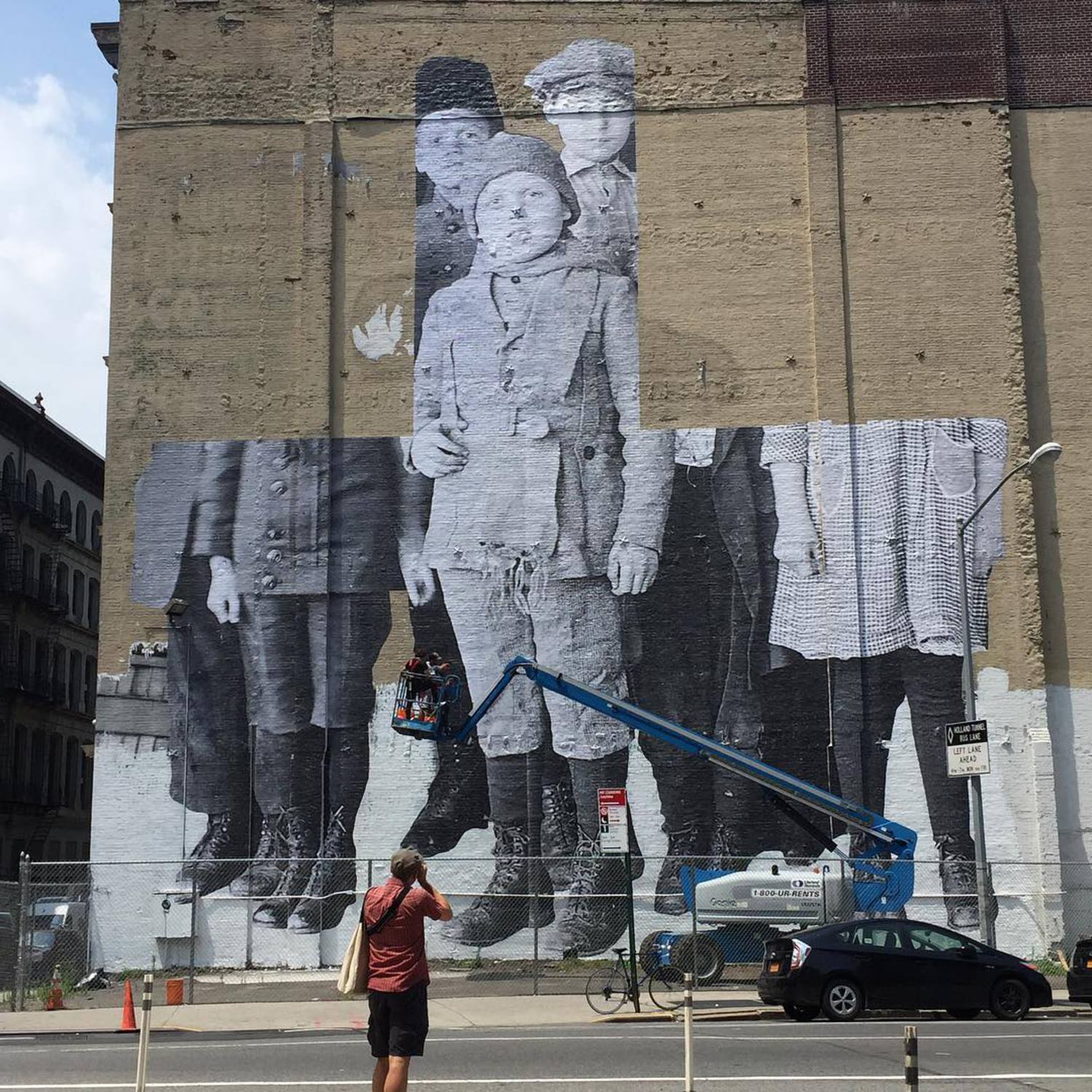 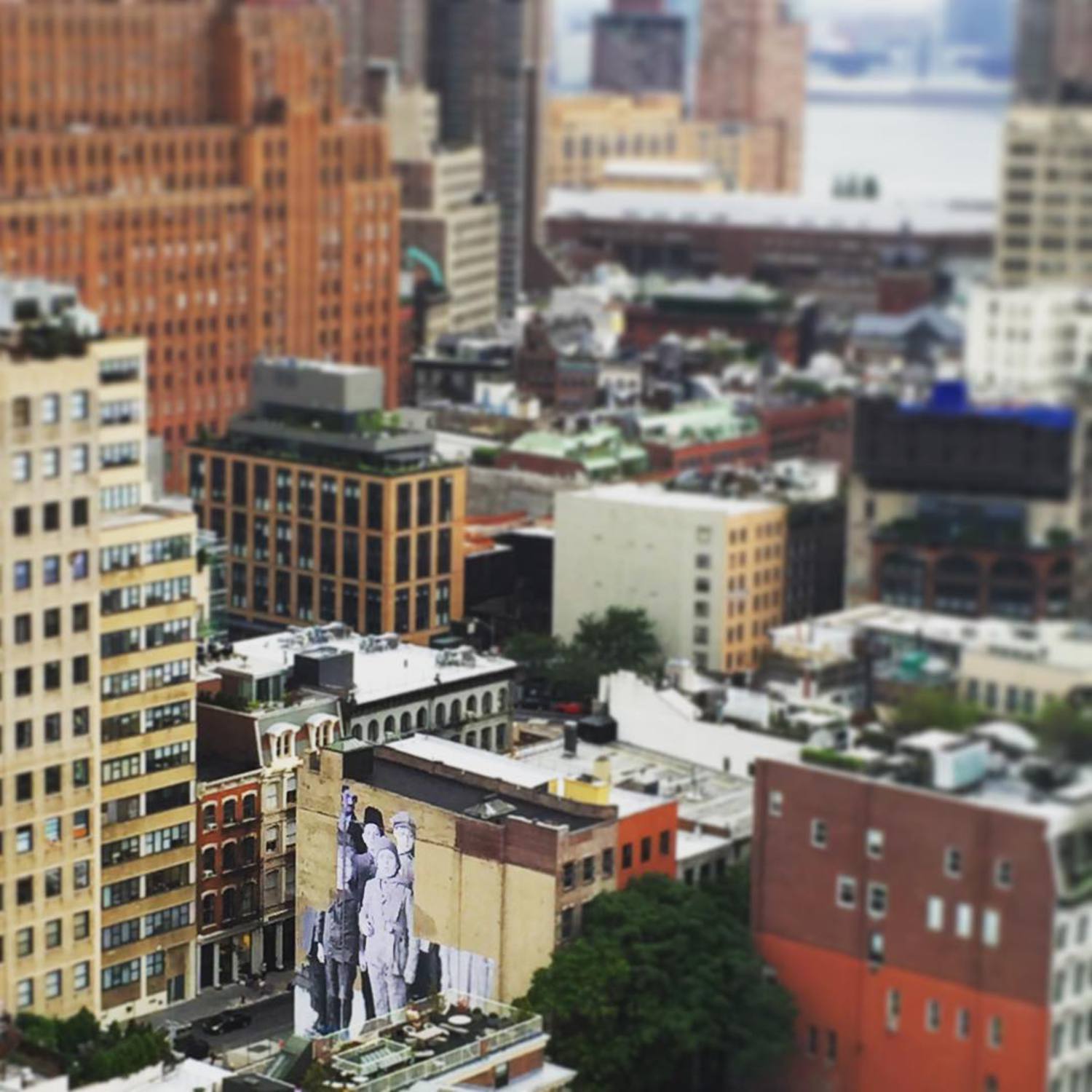 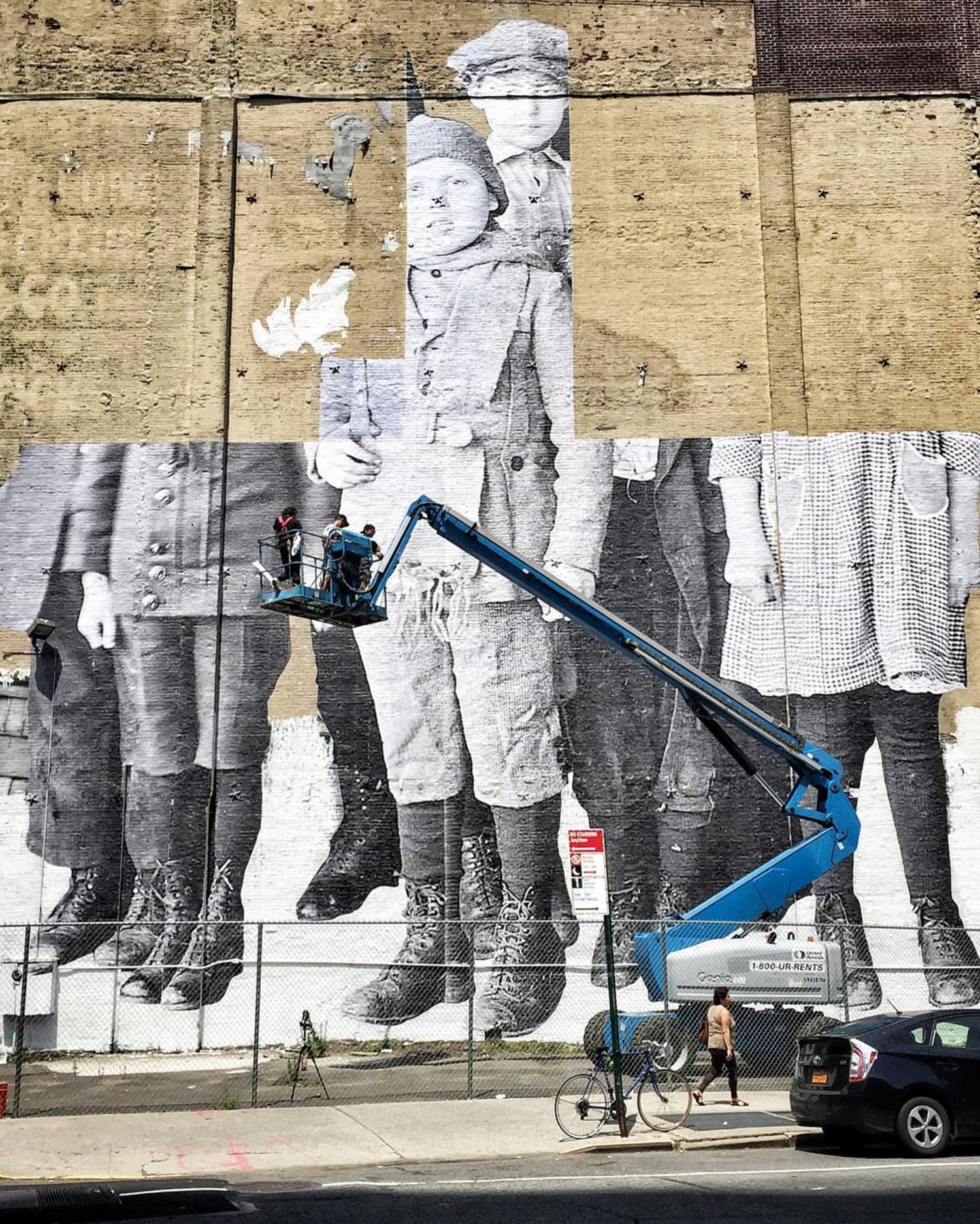 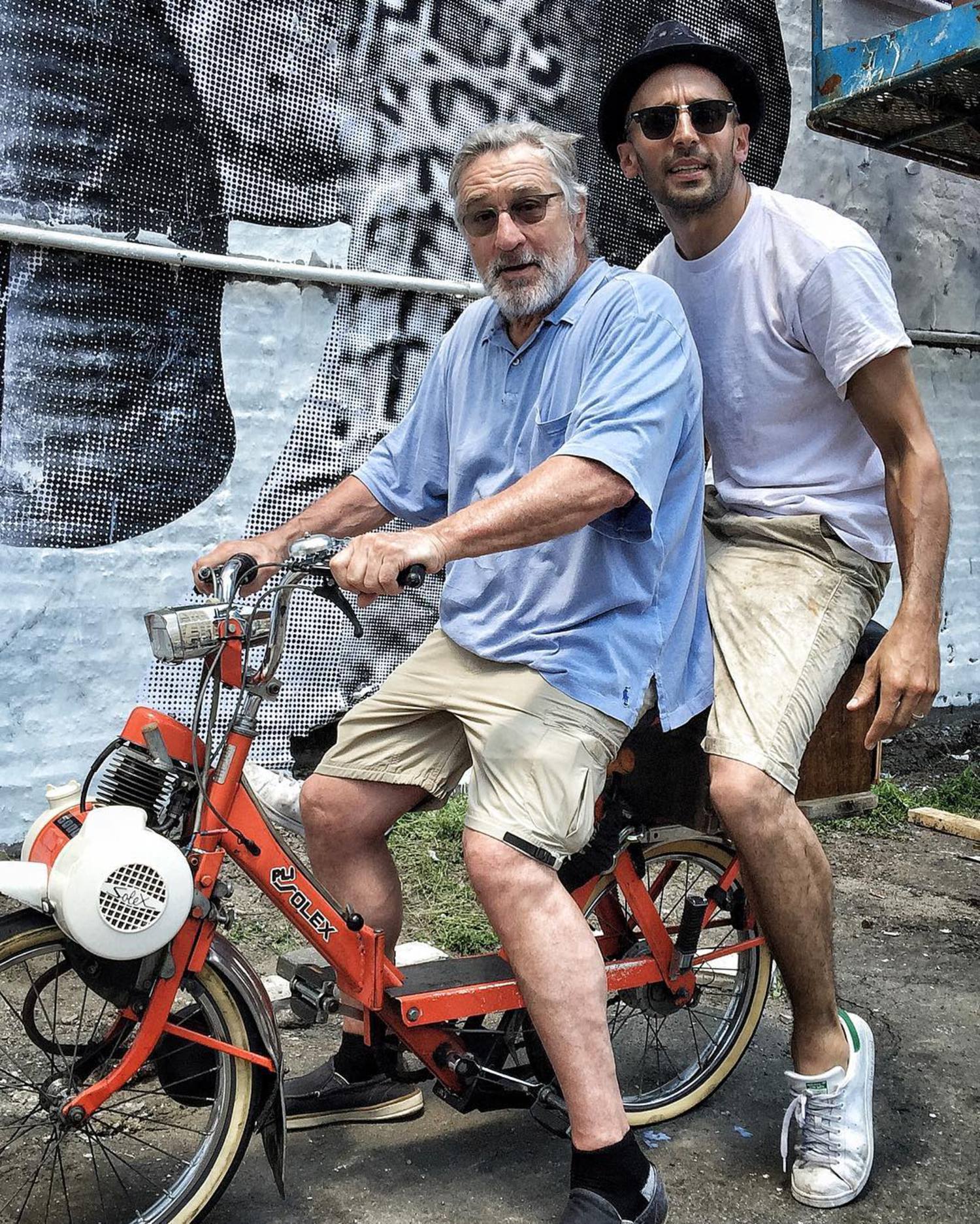 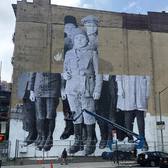 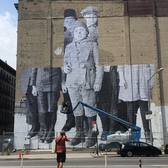 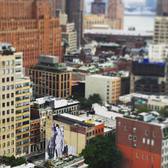 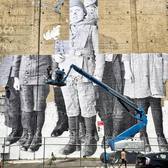 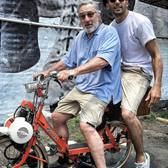 Street Artist JR is nearly finished with this massive 90-foot pasted photographic mural in Tribeca featuring a scene of children immigrants at Ellis Island in the early 20th century.

The photo is an homage to JR's recent photo installation and film about Ellis Island, the storied entryway into the U.S. for scores of immigrants. The artist pasted dozens of archival images inside a now abandoned hospital on the island last year. The haunting imagery became the background for his 15 minute film, starring Robert De Niro, called "Ellis." 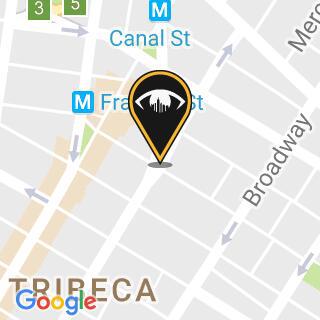