Harry & Ida's Meat and Supply Co. is a new addition to Alphabet City, but is designed to look and feel like it has been in the neighborhood for decades, offering classic deli-cuisine like house-smoked pastrami and bluefish sandwiches.

In this video from the Village Voice, meet the owners, tour the kitchen and learn about the menu at Harry & Ida's.

"They've made it seem pretty old-timey, like it's been here forever, but I know better," says a customer at Harry & Ida's, a new deli opened by Chef Will Horowitz and his sister Julie Horowitz on the corner of Avenue A & 12th Street in the East Village. "We're doing a lot of innovative things but nothing we're doing is truly new," says Will Horowitz. The store is a homage to Horowitz's great-grandparents, bringing old family recipes to the East Village. From smoked pastrami and blue fish to homemade jam, Harry & Ida's brings all sorts of local and homemade items to take you back to "old school" traditions, say the Horowitz siblings, who also own the nearby Ducks Eatery. 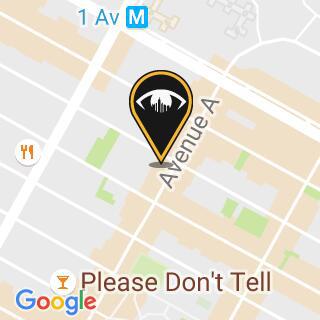