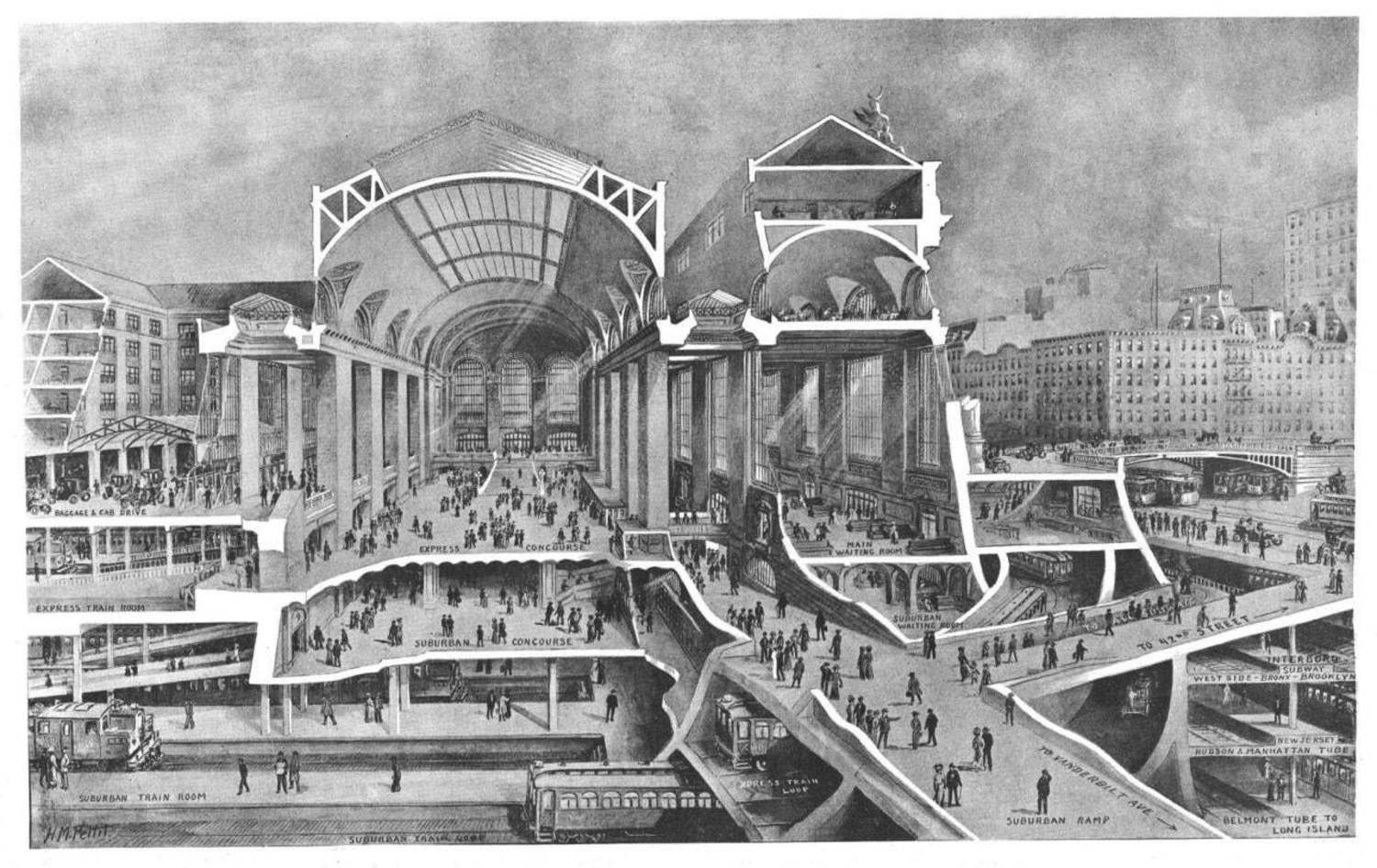 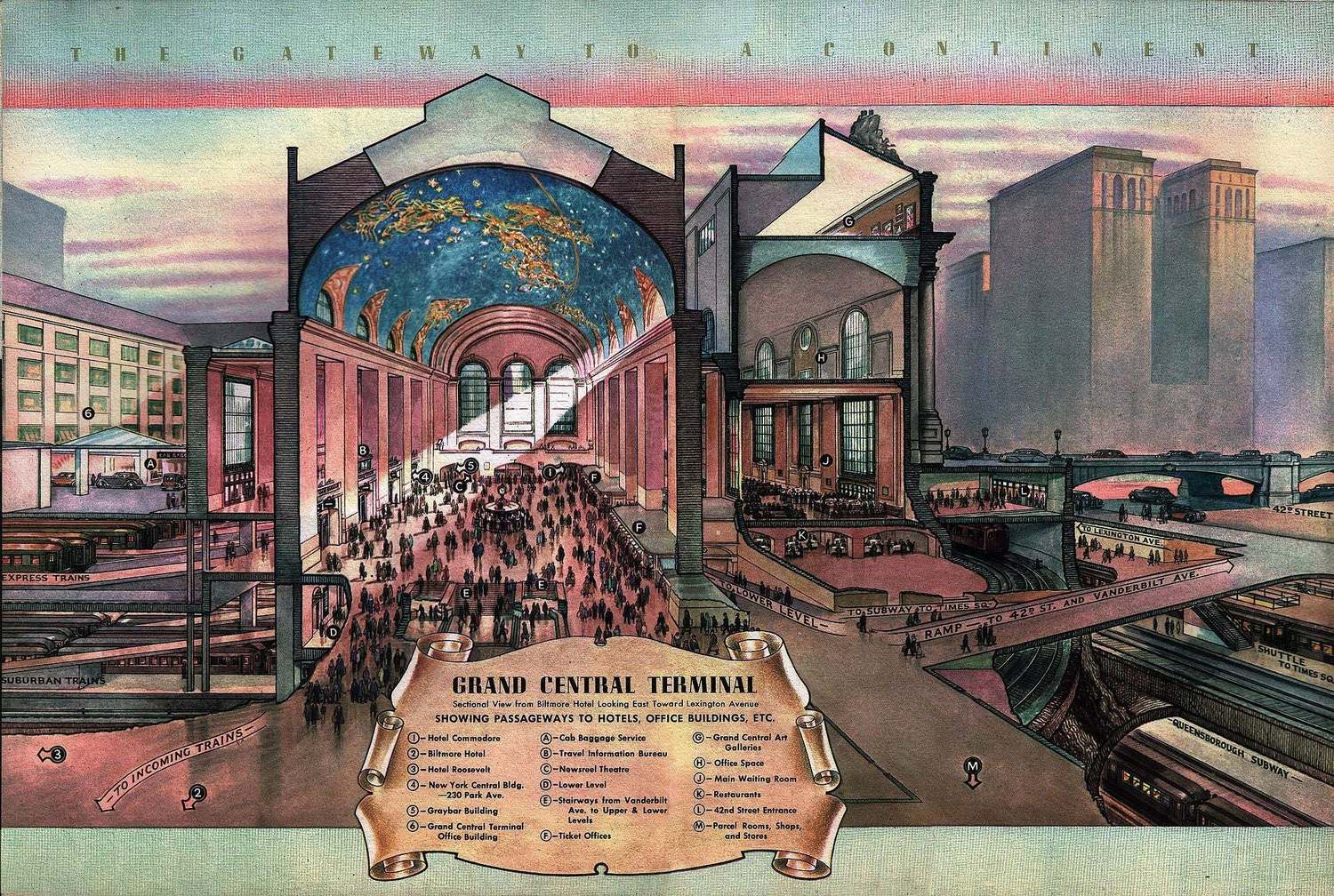 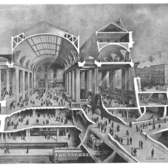 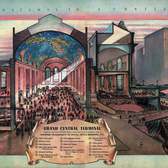 These vintage renderings show a cross section of Grand Central Terminal in Midtown Manhattan. It is not entirely accurate though, as redditor andrewjw comments:

The first picture shows the Hudson Manhattan Tubes - what is now PATH - on a level between what is now the 456 and what is now the 7, but PATH definitely didn't get extended to Grand Central in reality. Also, neither shows ESA and it was not proposed for decades after this. The lower level here is the existing lower level at Grand Central. Originally the upper level was for long distance trains and the lower level was for commuters. The third level of trackage in Grand Central, below the commuter level, is a yard which has been partially demolished to make way for the passenger concourses leading to ESA, which is much deeper than anything shown in this cutaway.

Check Out This In-Depth, Detailed Analysis of Grand Central Terminal's Architecture and Design

Not to Be Left Out, Queens is Getting Its Very Own Supertall Tower