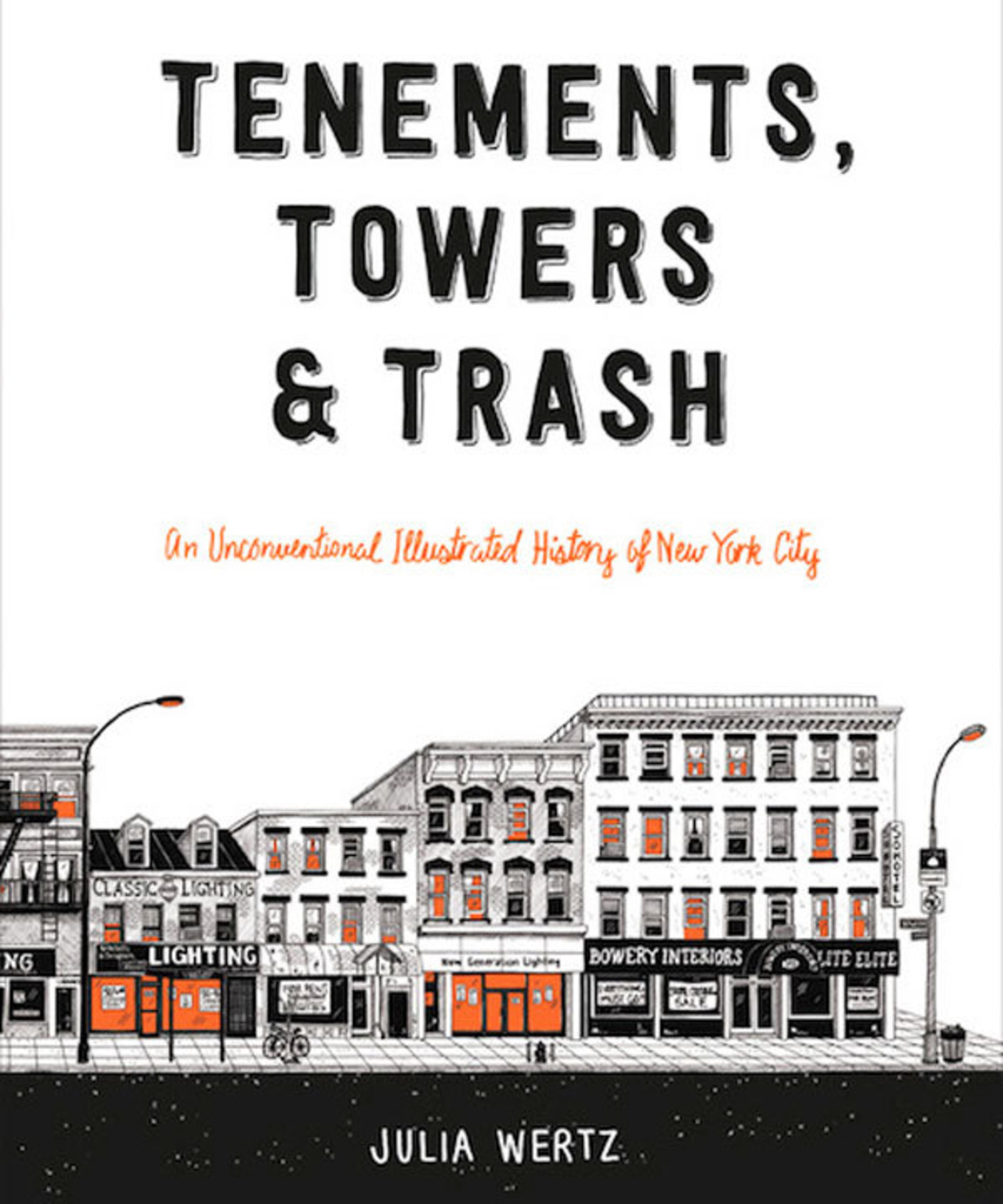 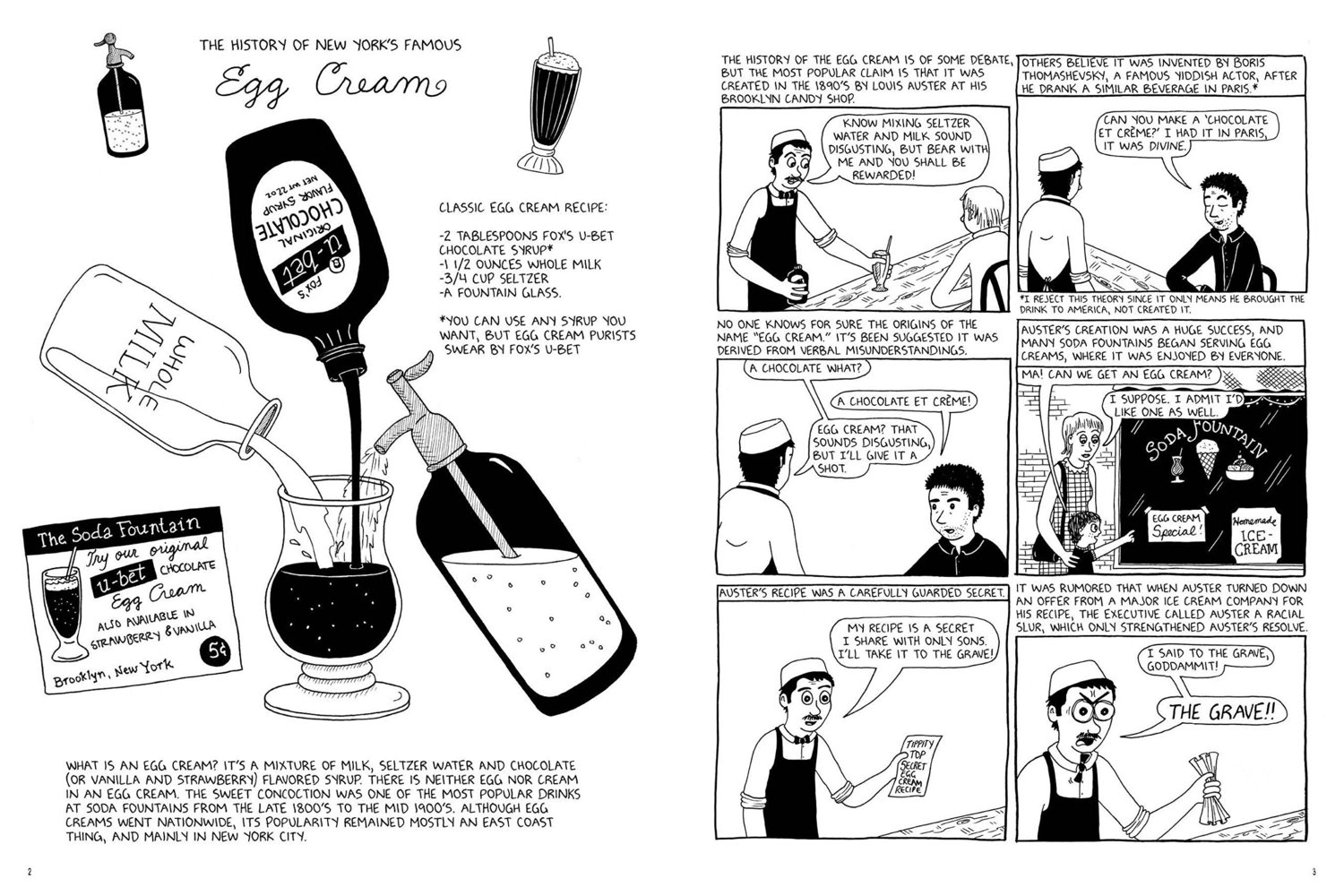 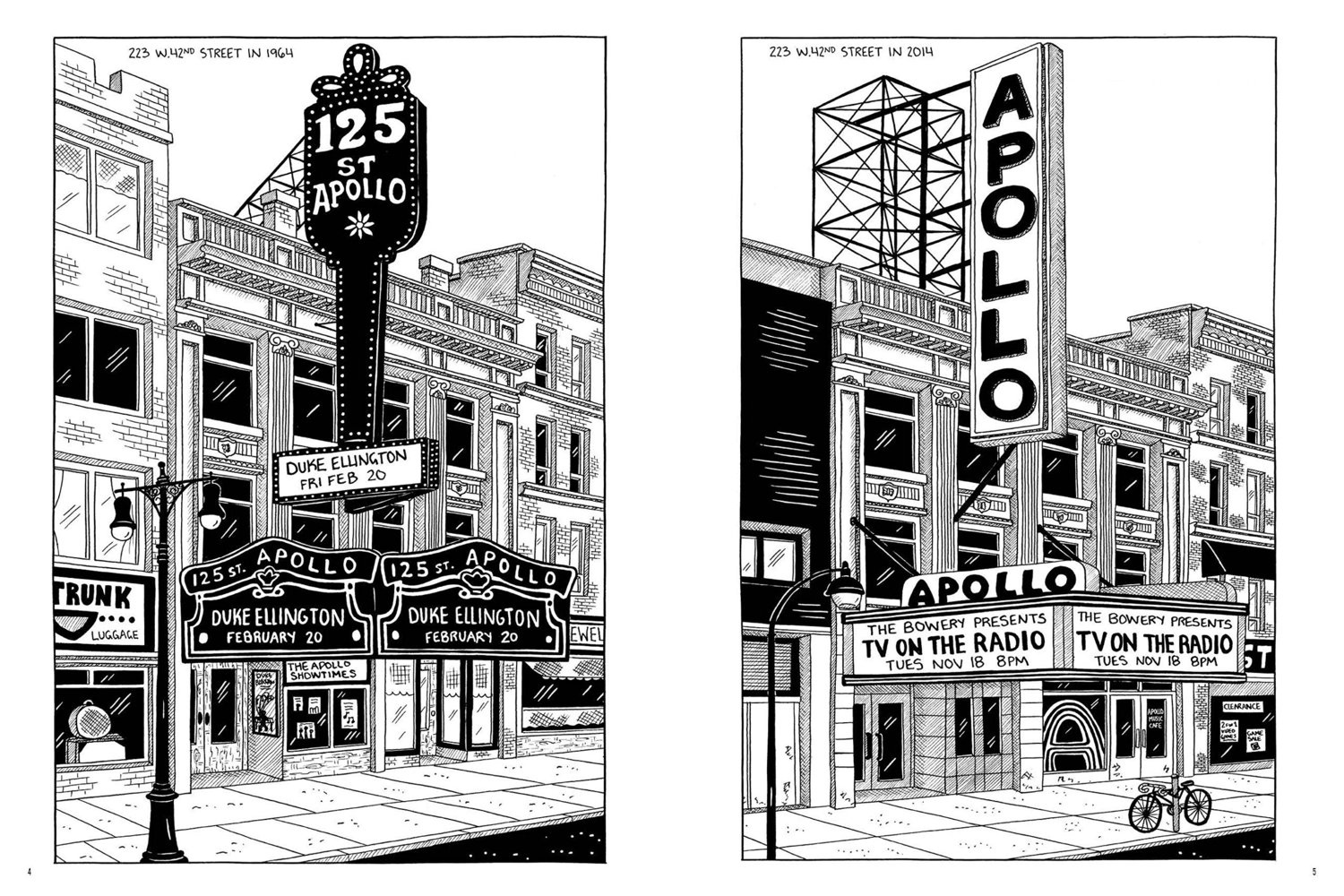 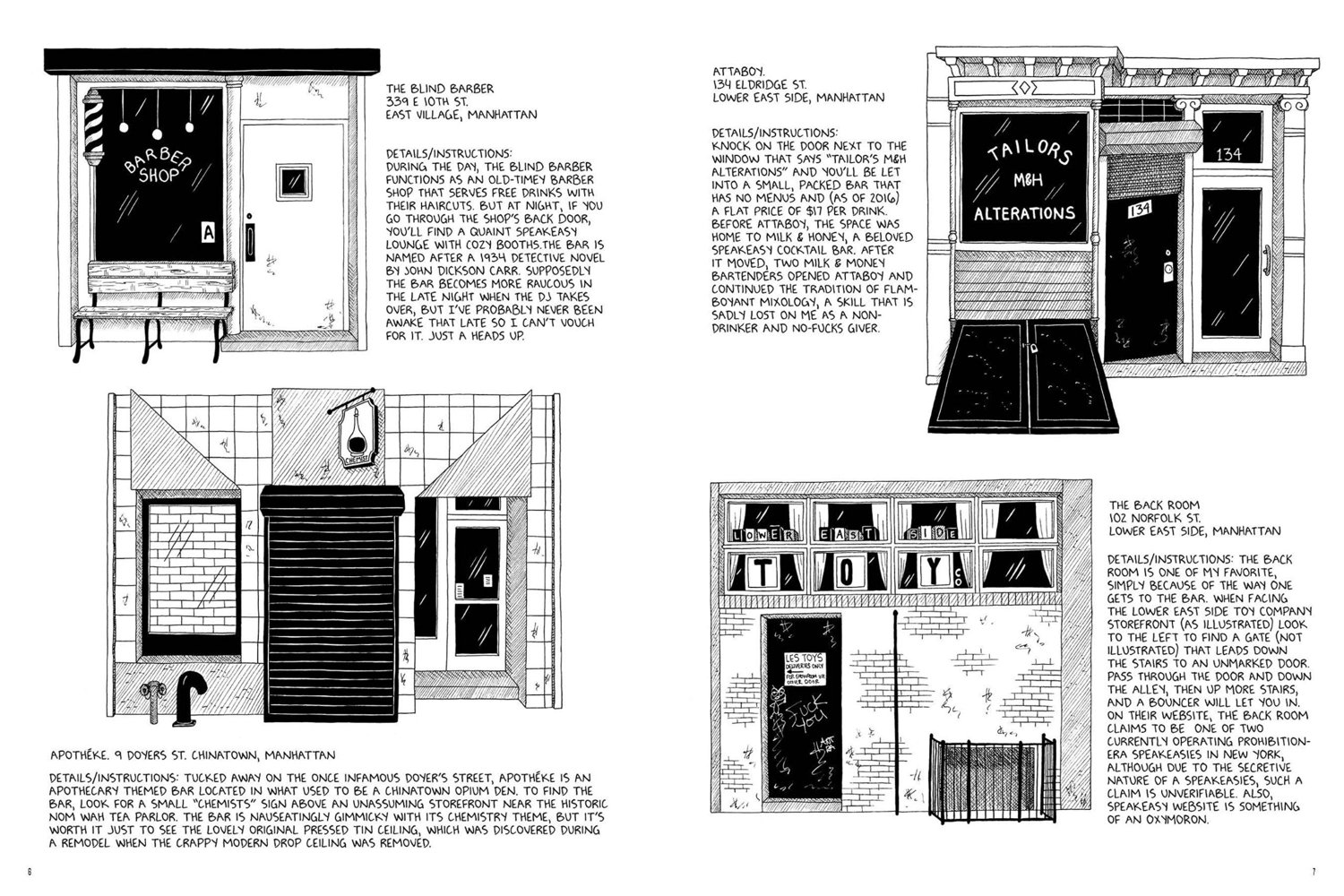 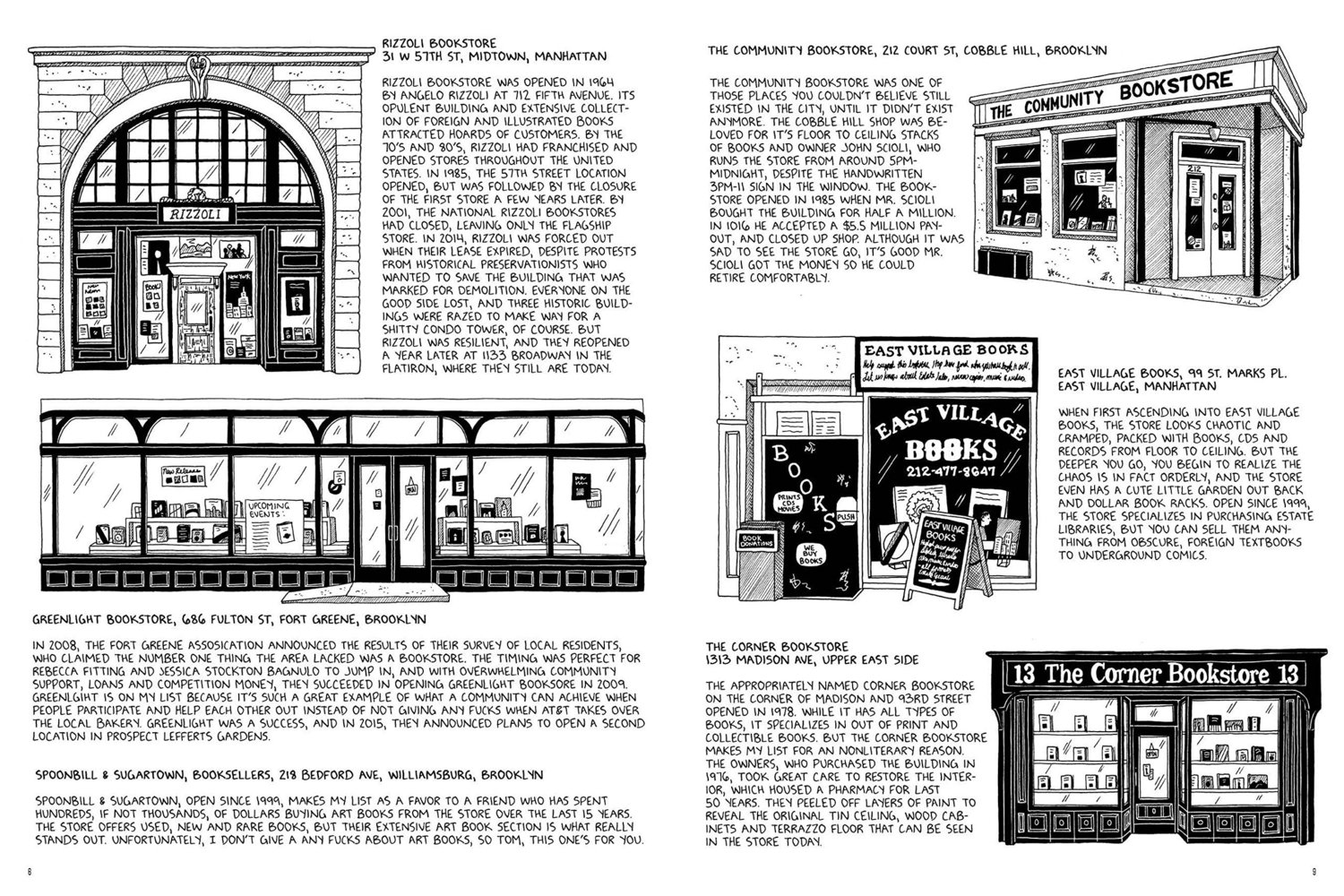 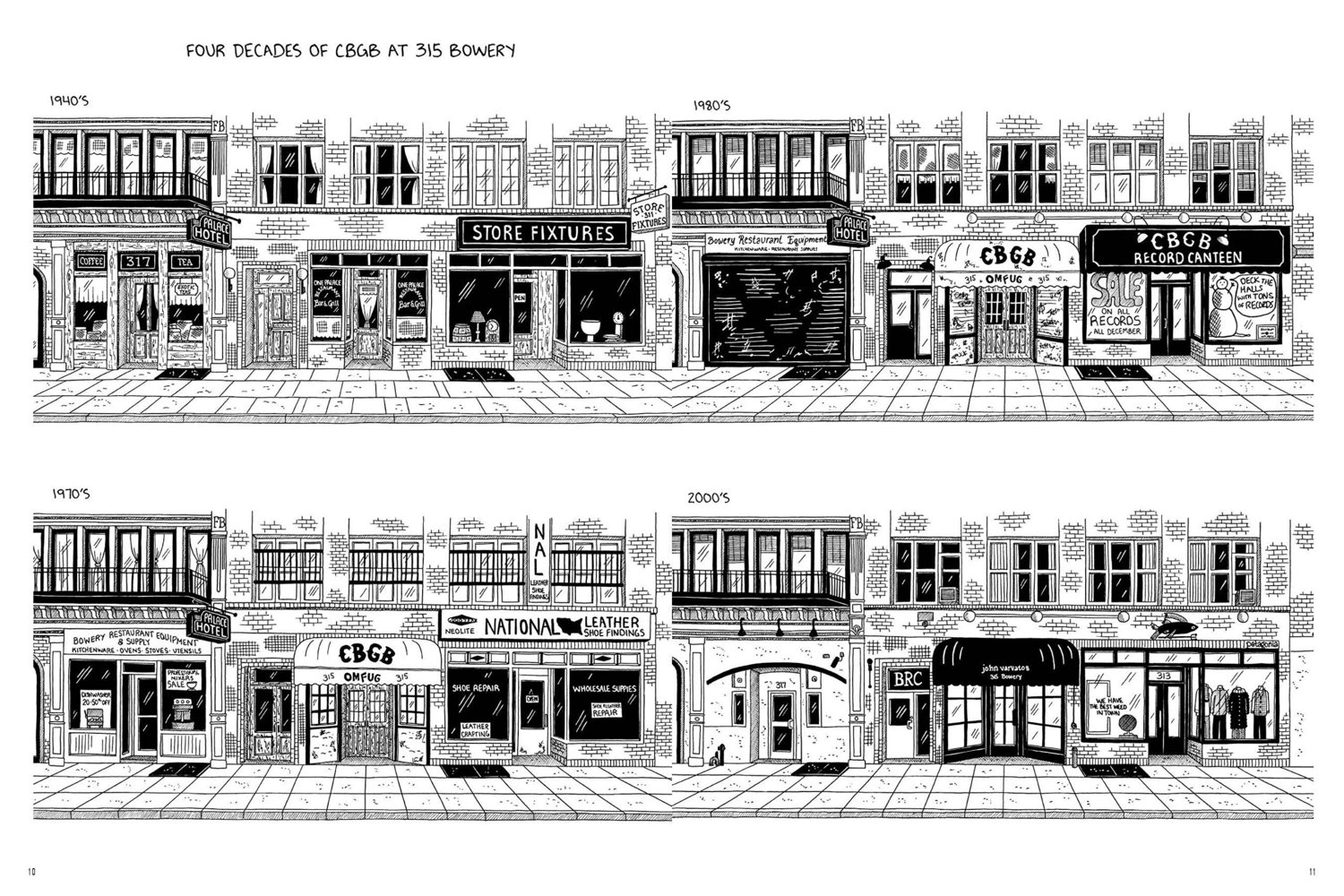 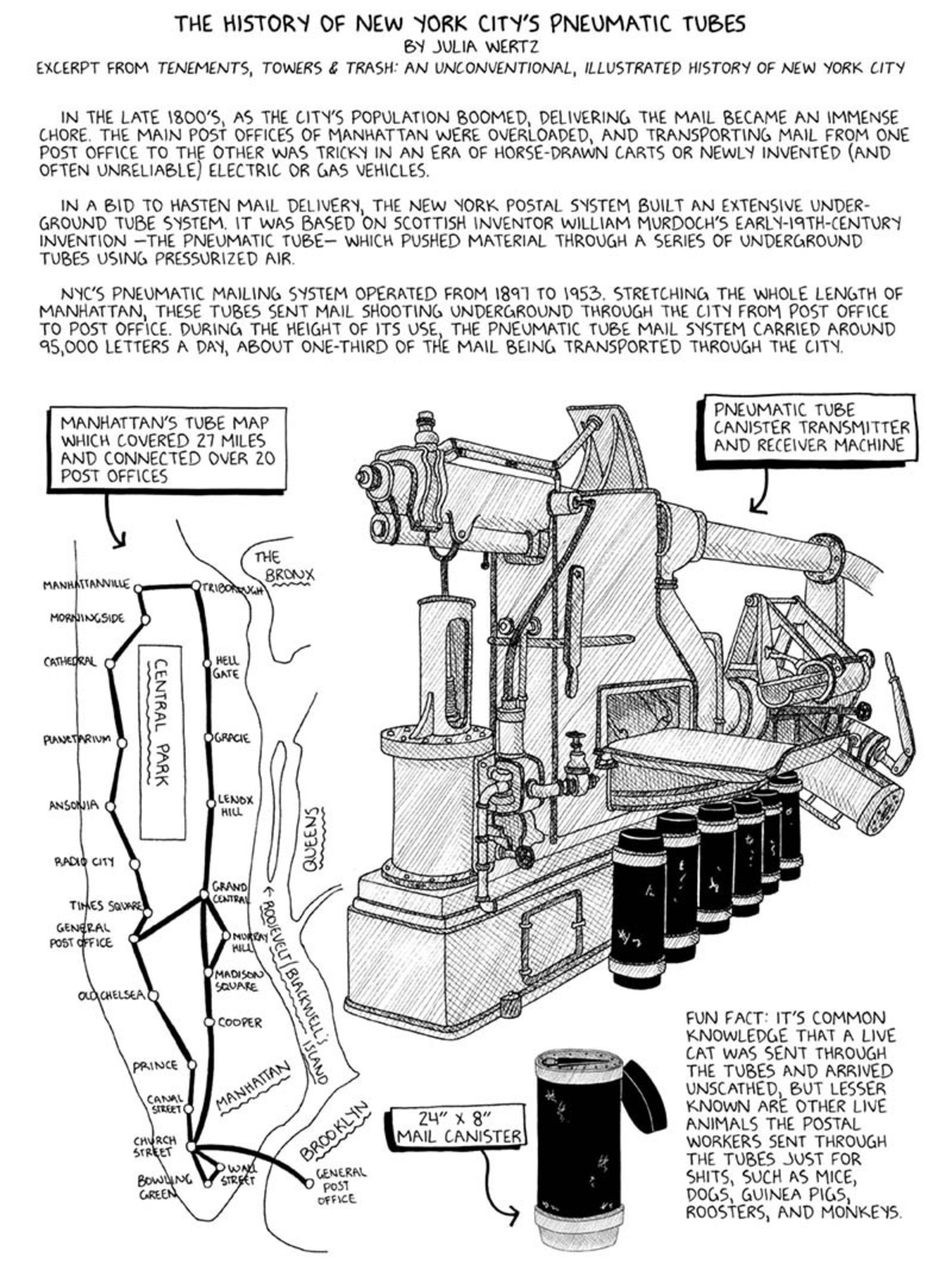 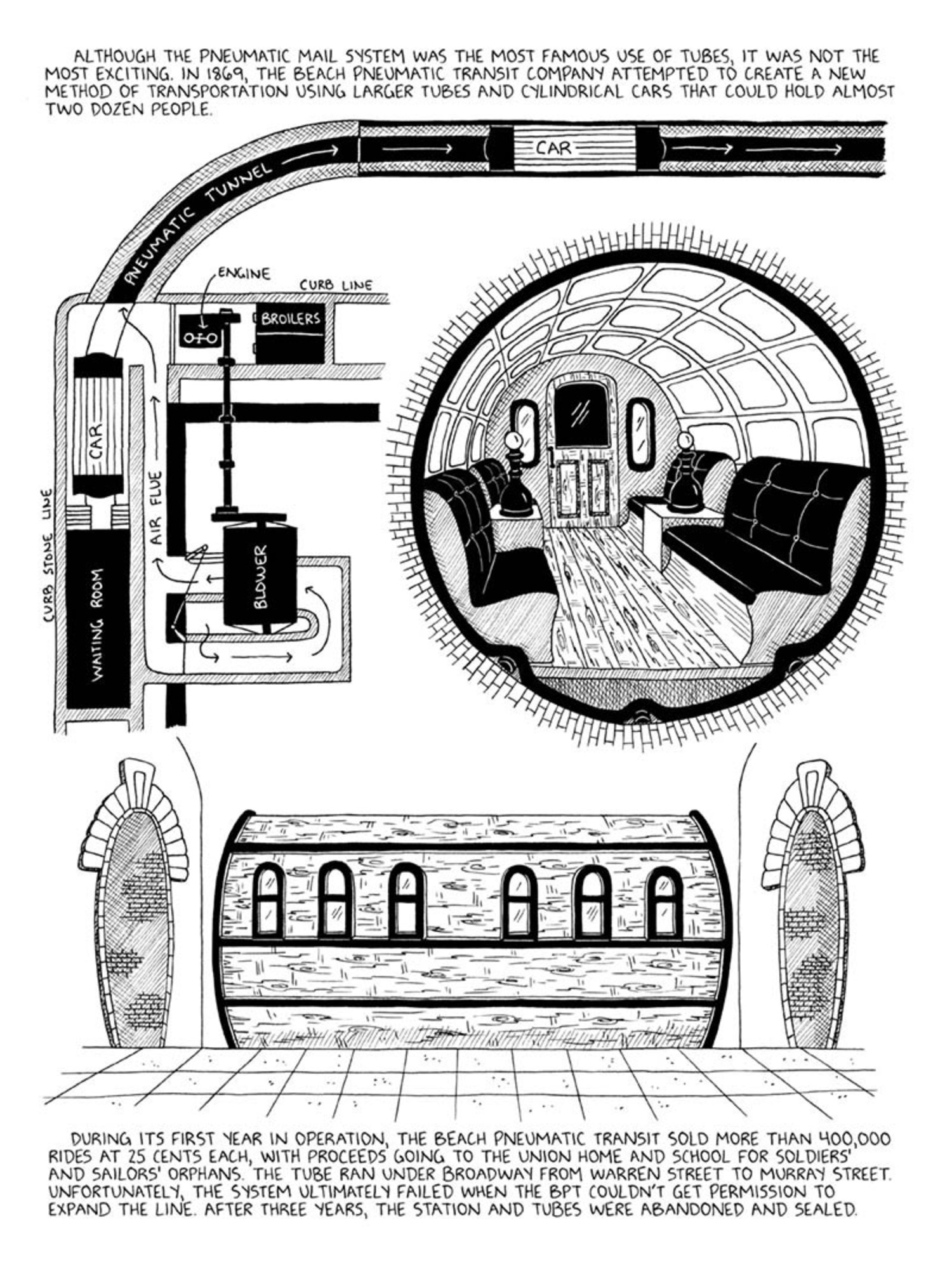 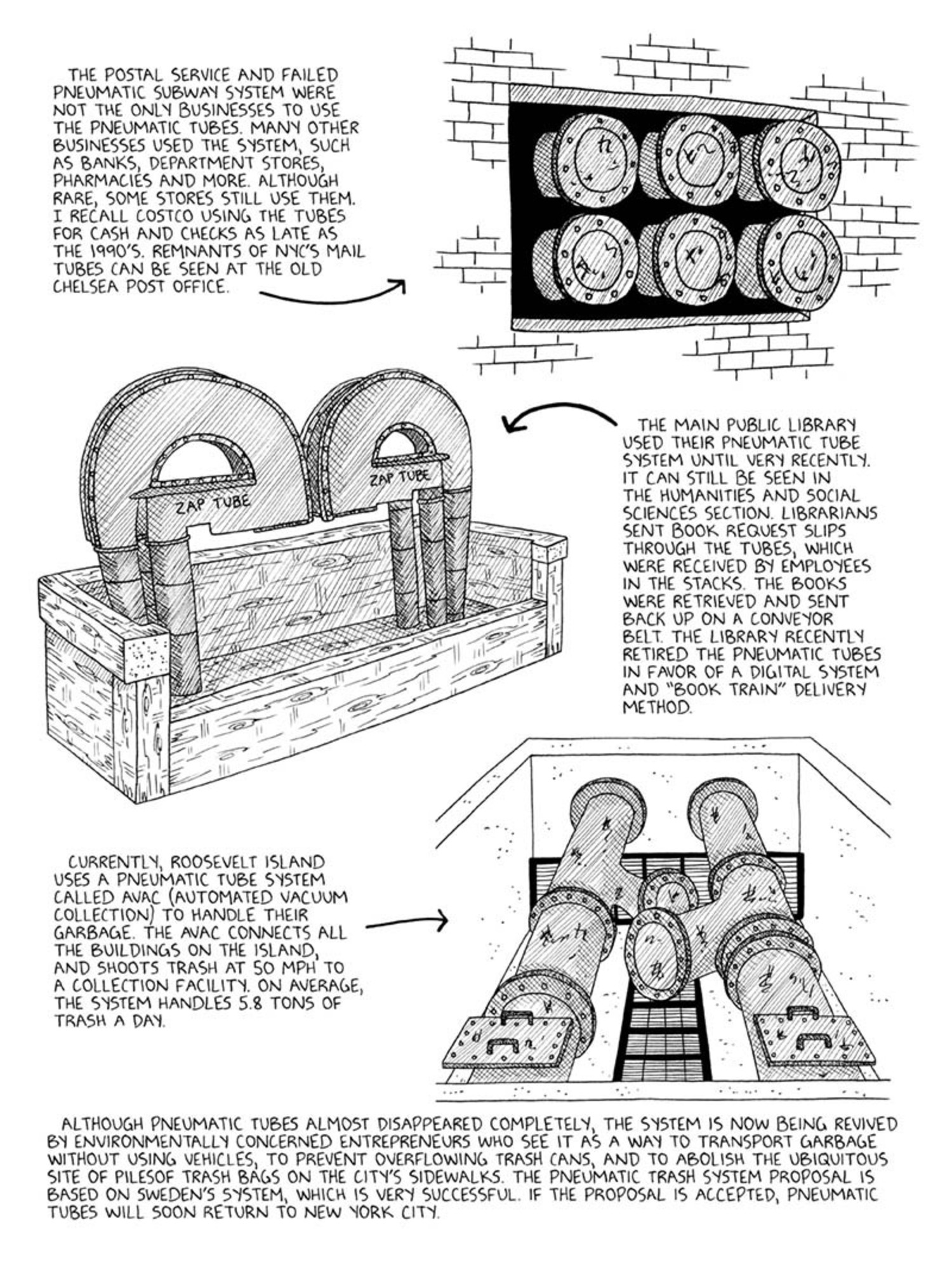 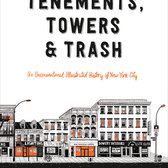 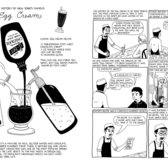 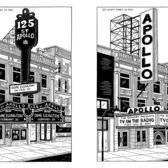 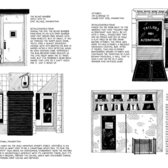 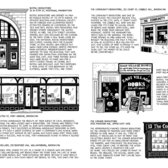 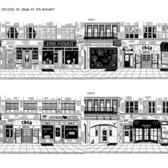 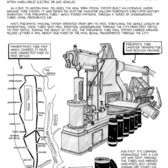 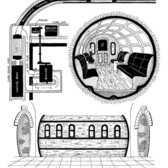 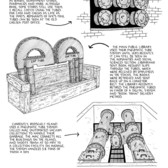 In Tenements, Towers & Trash, Julia Wertz takes us behind the New York that you think you know. Not the tourist's New York-the Statue of Liberty makes a brief appearance and the Empire State Building not at all-but the guts, the underbelly, of this city that never sleeps. With drawings and comics in her signature style, Wertz regales us with streetscapes "Then and Now" and little-known tales, such as the lost history of Kim's Video, the complicated and unresolved business of Ray's Pizza, the vintage trash and horse bones that litter the shore of Brooklyn's Bottle Beach, the ludicrous pinball prohibition, Staten Island's secret abandoned boatyard, and the hair-raising legend of the infamous abortionist of Fifth Avenue, Madame Restell. From bars, bakeries, and bookstores to food carts, street cleaners, and apartments both cramped and grand, Tenements, Towers & Trash is a wild ride in a time machine taxi from the present day city to bygone days of yore.

The book was just released this week, and is already a #1 New Release in the Educational & Nonfiction Graphic Novels section on Amazon. Pick up your copy for just $22 before they sell out!

Every Person in New York, a Quirky Portrait Illustration Book by Jason Polan With Forward by Kristen Wiig

Every Person in New York, a Quirky Portrait Illustration Book by Jason Polan