Jesse's Deli in Boerum Hill was recently hit with a 2.5x rent increase and is forced to close shop, but they aren't going silently.

Perhaps no place in the country has more small businesses under threat from rising rents than Brooklyn. This is why here, more than in any of the other boroughs, Mom & Pop is being replaced by Chain & Franchise. One small market in Cobble Hill might only have a month left on its lease, but a team of neighbors decided that poking a little fun at the problem might just save the day. We interviewed the owners of the deli as well as the minds behind the brilliant mock advertising campaign.... take a look.

In this video from BRIC's BK Stories series, the creators behind the campaign talk about how it all came together, and what they hope to achieve. 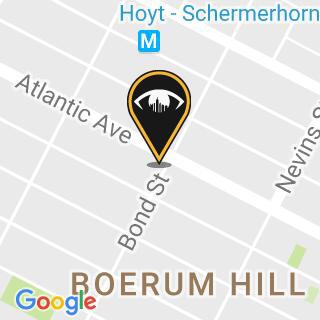 Another "Gentrification in Progress Sale" Hits the City in Washington Heights

Check Out This Trailer For Documentary on Unlocking The Truth, Brooklyn's Teenage Metal Trio