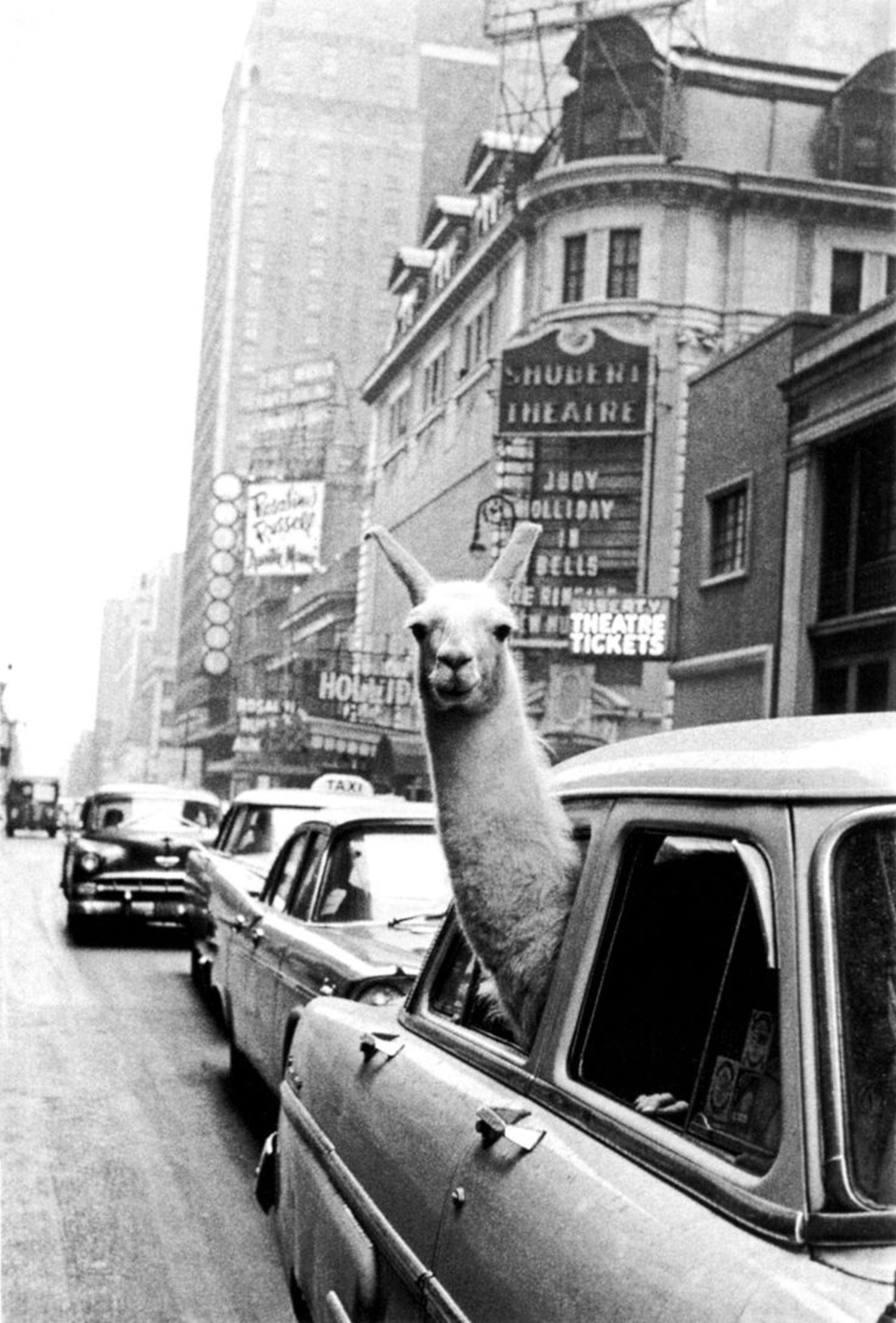 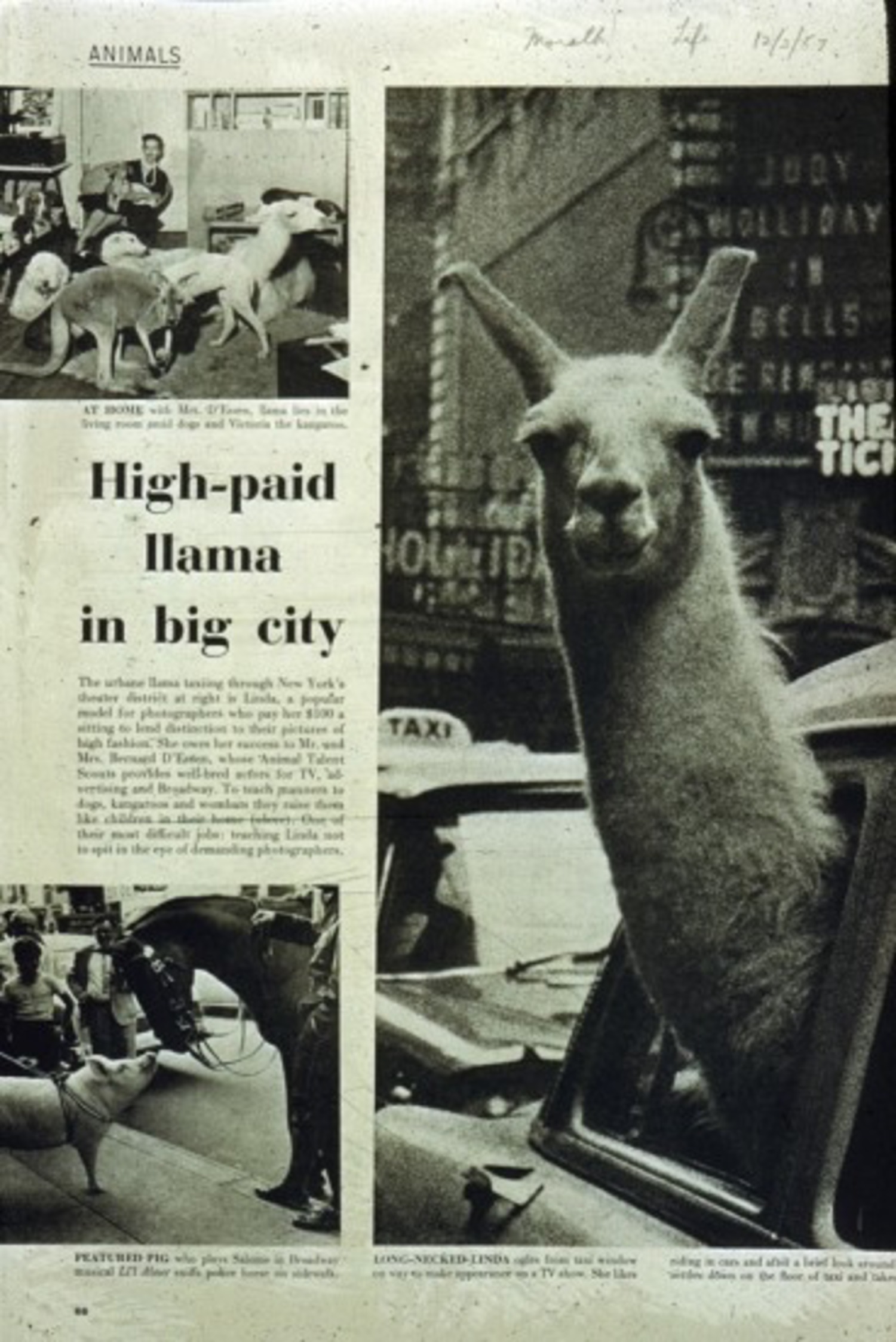 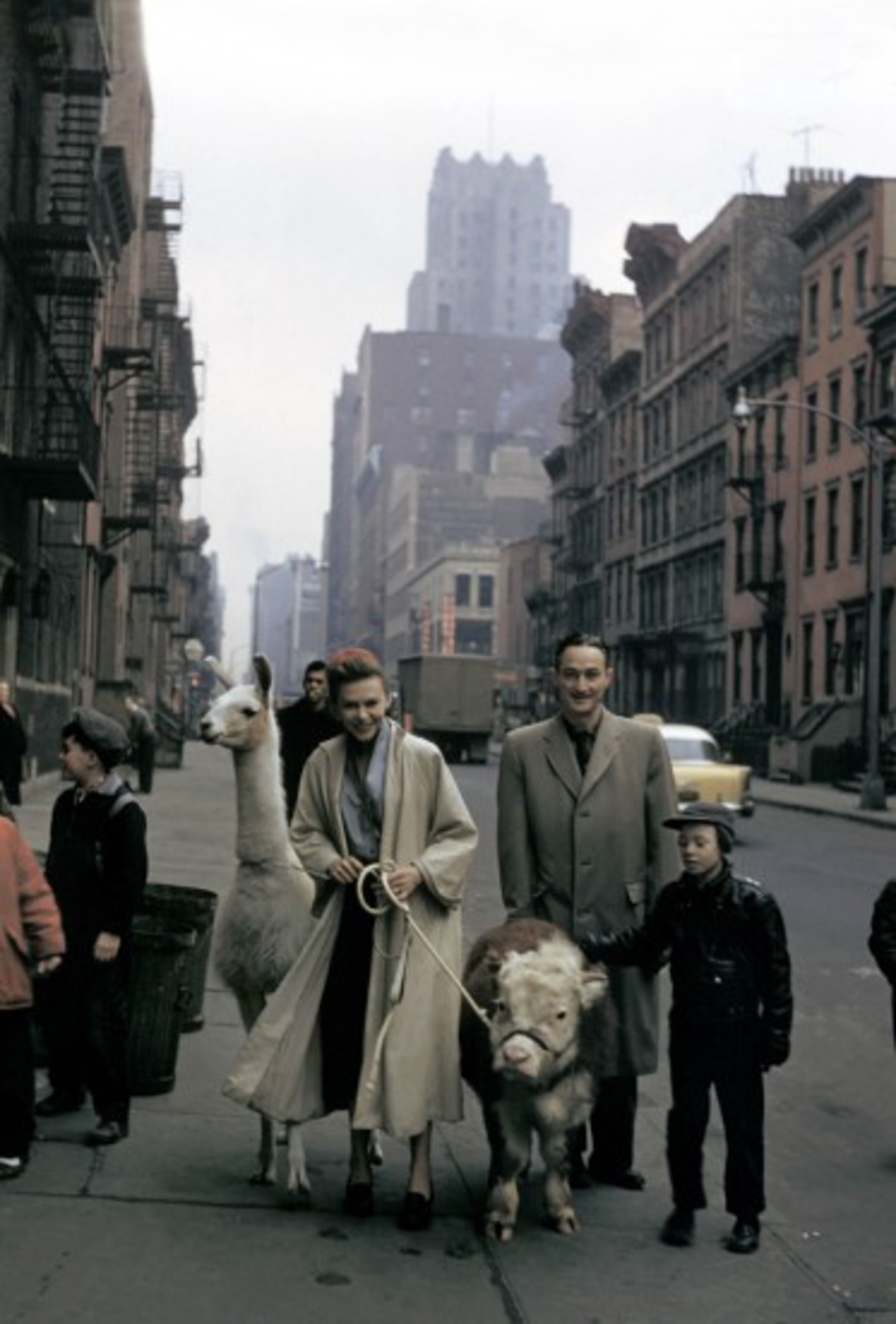 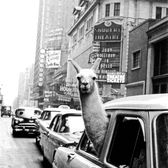 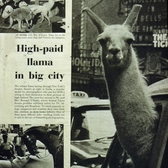 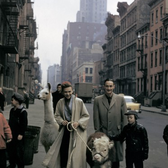 Inge Morath was a photographer with Magnum Photos who is perhaps most famous for these series of photos from 1957. Most notably, the photo of a llama in Times Square, sticking its head out of a taxicab.

Like many of the iconic images for which she is recognized, Inge Morath’s A Llama in Times Square originated in a magazine assignment. In its December 2, 1957 issue, LIFE magazine published a one-page story, in its humorous Animals section, entitled High-paid llama in big city. The story was about a menagerie of television animals—including, in addition to the llama, large and small dogs, cats, birds, a pig, a kangaroo, and a miniature bull—living at home with their trainers in a Manhattan brownstone.

Check out the full essay for more info on the 1957 article, Inge Morath and/or the llama.