We already showed you the incredible animated time-lapse video shown on the ascent to the new observation deck at 1 World Trade Center, and now we have reports that a second video, equally amazing, is being shown for the descent.

David Dunlap from The New York Times was able to get in to take a sneak peek at the ride down and the new virtual aerial view video.

During the descent, the glass-walled cab seems to slip out of 1 World Trade Center entirely and float earthward in a great arc before re-entering the building through windows that slide open to receive it.

Check out the accompanying article for more info on the elevator, the observation deck and the tower. 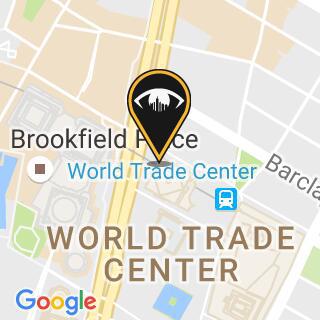 Sleeping Giants, a Stunning Collection of Aerial Footage Showing NYC Skyscrapers Peeking Out Over the Clouds