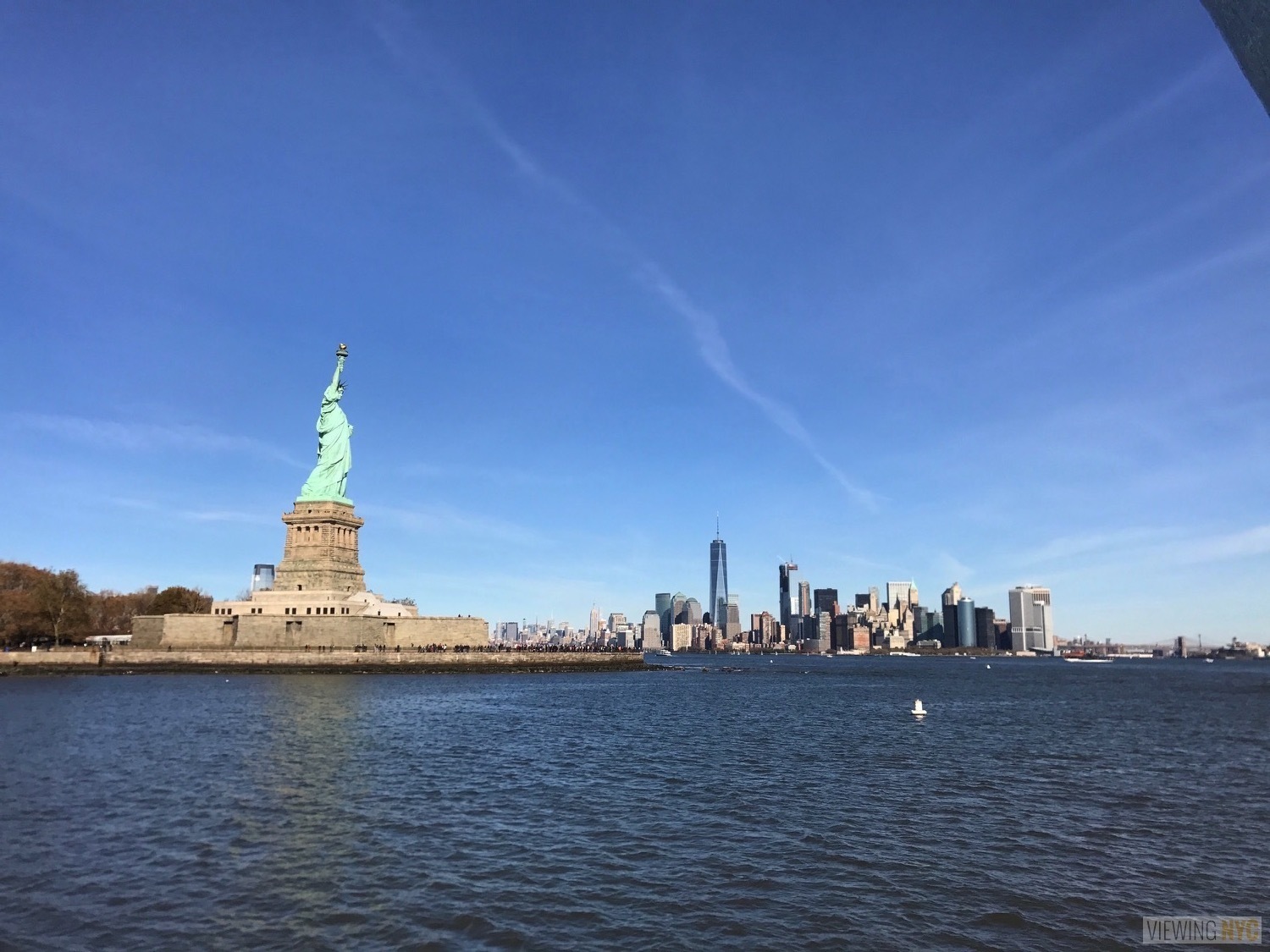 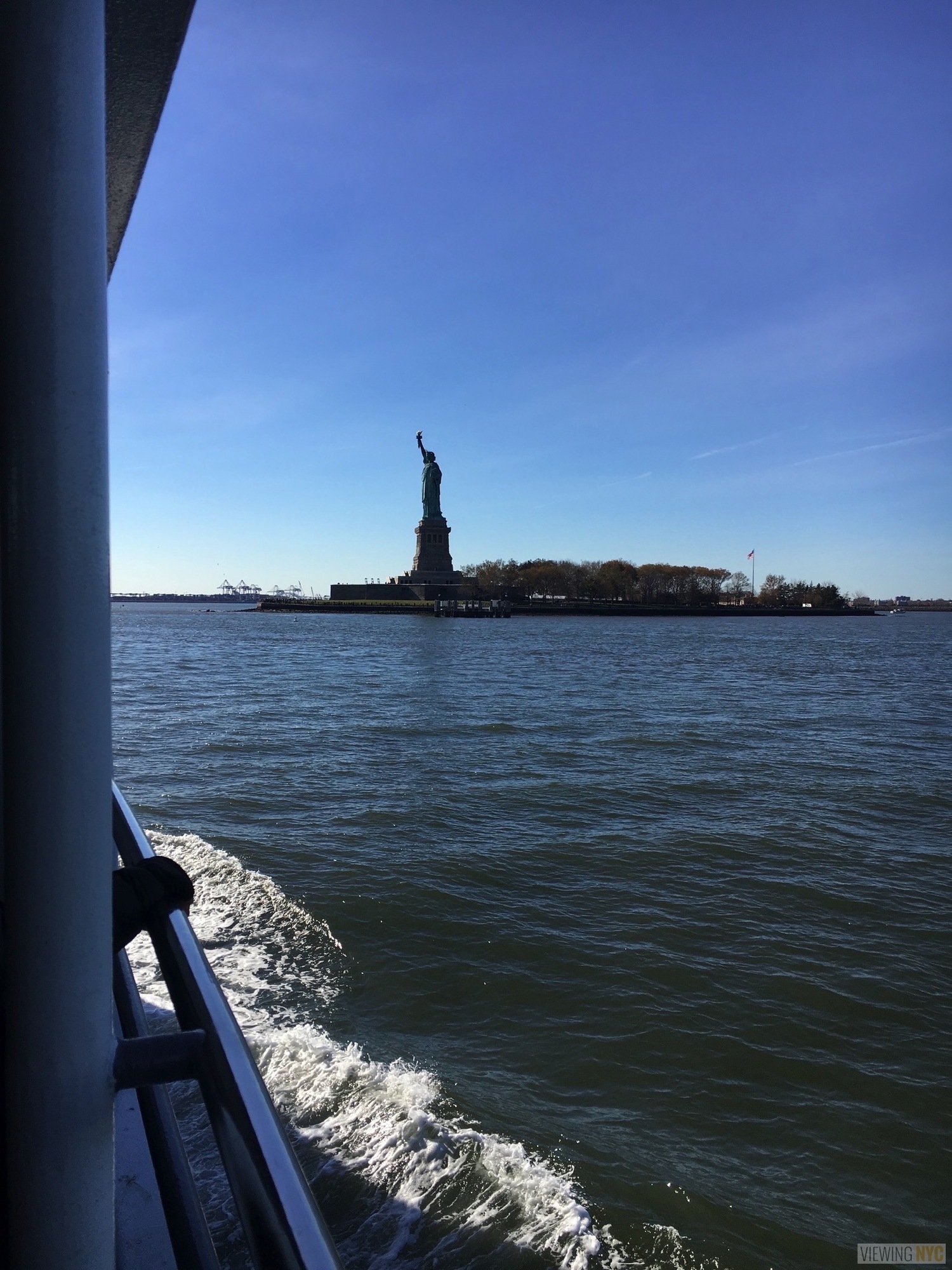 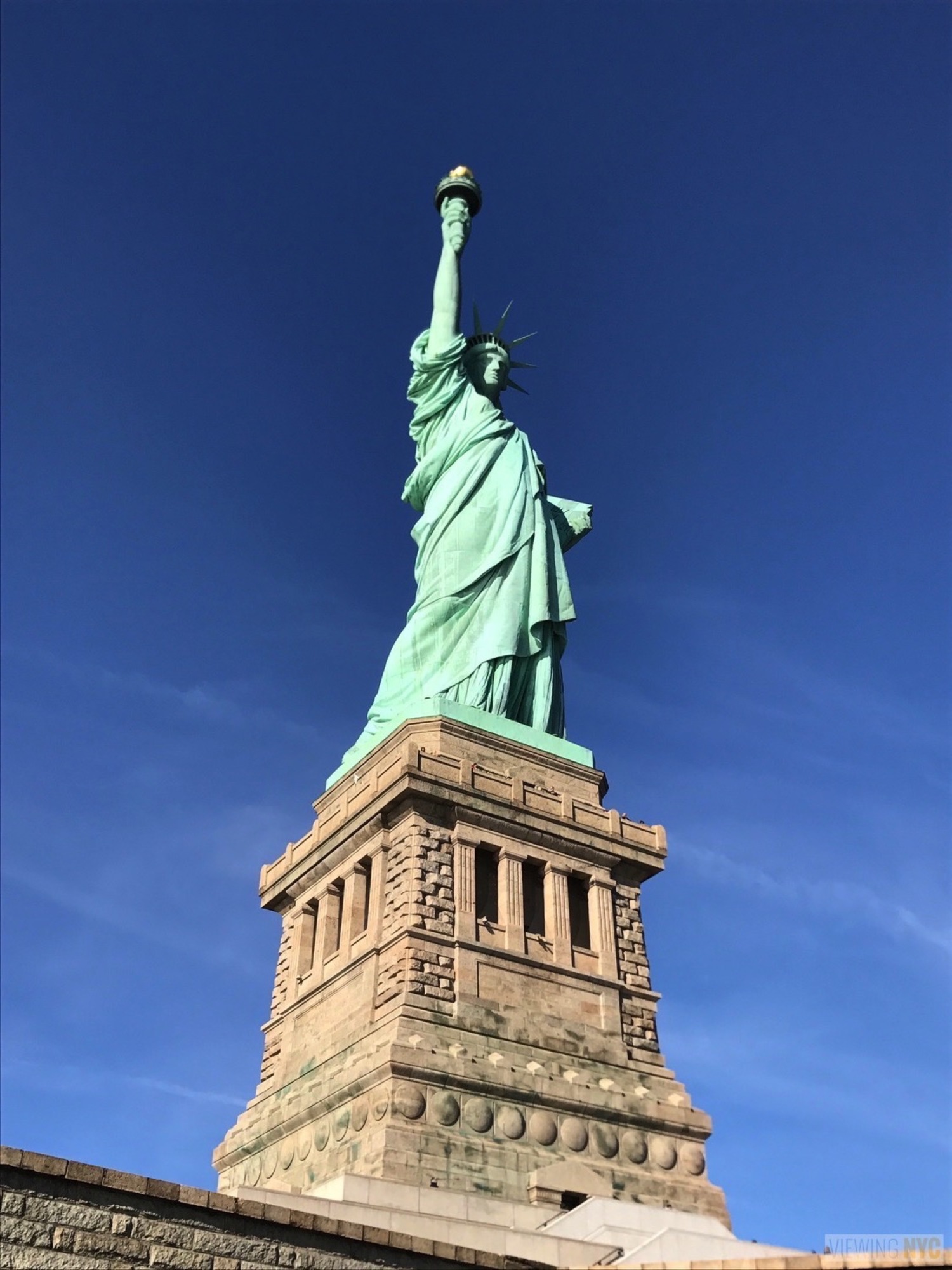 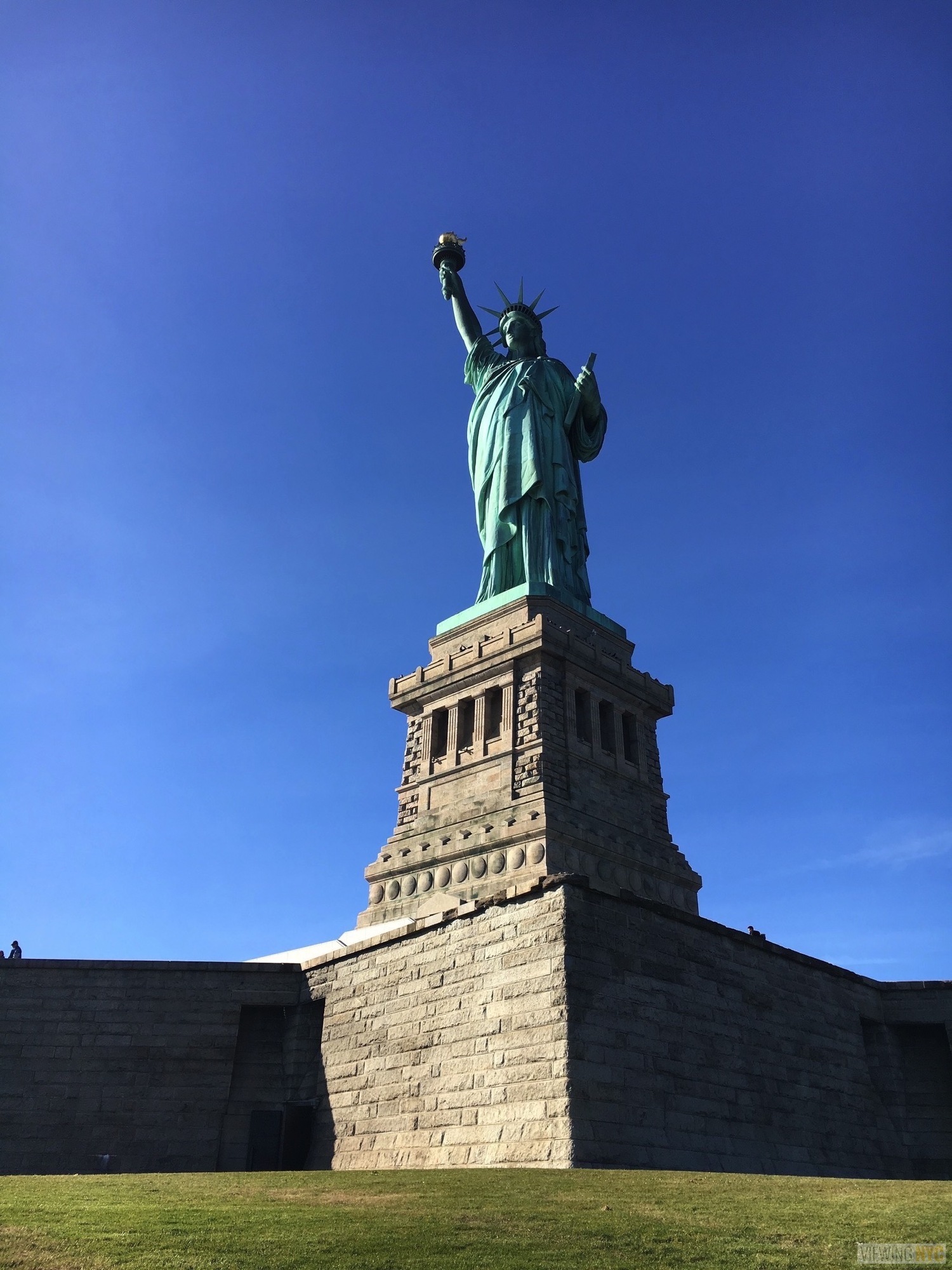 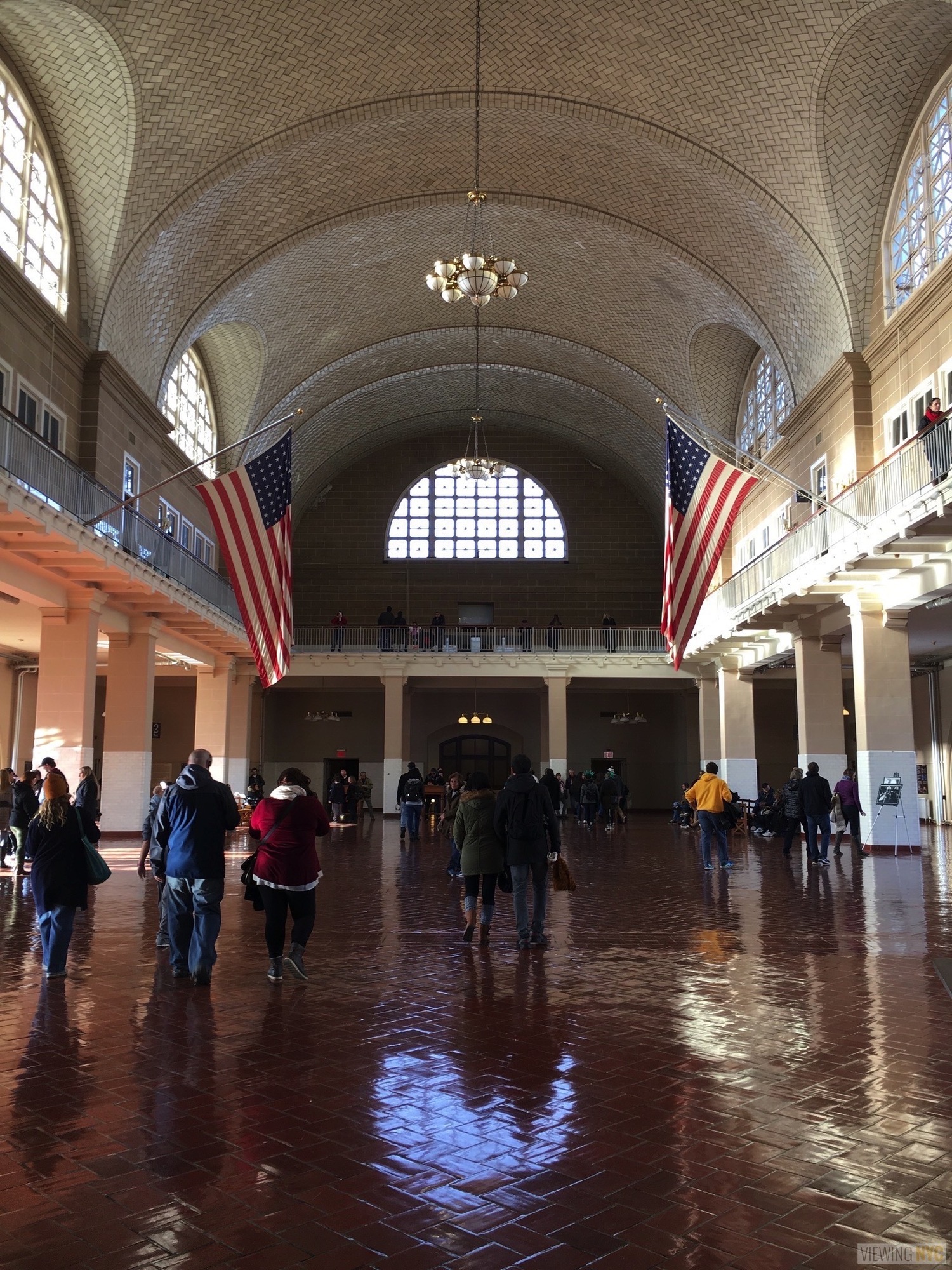 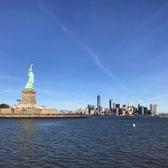 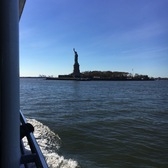 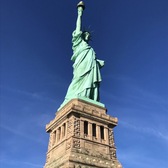 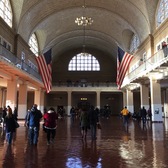 Between the seemingly endless line one must endure to board the official Statue Cruise boat, the leisurely shuffle of tourists, and the hackneyed souvenirs, a New Yorker might be forgiven for never having visited the Statue of Liberty and Ellis Island. But as soon as the boat gets out onto the water and the irresistible vista of the City emerges from the receding horizon, you’ll start to think the hassle might have been worth it.

The statue itself will seem almost ominous as you approach her, because you’re used to seeing reproductions and likenesses that fail to capture her immense size, the resoluteness of her gaze, and the brilliance of that singular shade of copper-green. You’ll act unimpressed– insouciance, after all, is the hallmark of city dwellers everywhere–but if you let yourself consider how many immigrants were stirred to hope when they set their eyes on her after weeks on crowded ships, you might just start to feel something like the bond of pilgrimage with all those cheerful midwesterners you’re surrounded by. If you’re set on going up to the crown you’ll need to book tickets well in advance. If you’re like me, this won’t be an option because you’re booking the tickets a week out to entertain a visiting friend or relative. Don’t let that bother you. You’ll want the energy it would take to climb the 162 steps from the pedestal to the top for the more engaging experience at Ellis Island.

The number of exhibits at Ellis Island National Museum of Immigration makes a comprehensive survey nearly impossible. If you’re crunched for time, skip the first floor of the Main Building entirely and grab a self-guided audio tour from the desk just to the right after you’ve entered through the front entrance and head to the nearby stairwell. As you ascend the steps, the audio tour describes the experience of new immigrants as they entered the bright cavern of the Registry Room that opens up at the top of the stairs. Take the time to go through the processing rooms on the west end of the third floor. As you walk from room to room, you will find it difficult not to imagine yourself as a new arrival catching glimpses of the glimmering City through windows. While New York was not everyone’s final destination, it was the port of entry for some 12 million immigrants whose descendants make up about half of the current U.S. population. It’s an important reminder that despite the insularity attributed to the city both by those who live in it and those who don’t, there is a link from every corner of the United States to The Empire City.

The Baltimore-born journalist Mignon McLaughlin, who was raised in New York City, wrote that “a successful marriage requires falling in love many times, always with the same person.” She could have given New Yorkers the same advice about staying happy in the City. Going to the Statue of Liberty and Ellis Island won’t necessarily teach you anything you don’t already know, but it might make you fall in love with the City all over again. 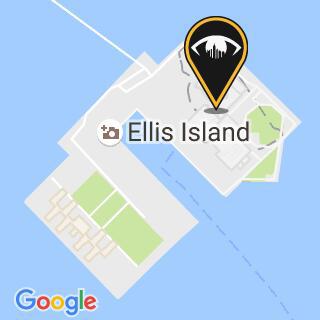 Jennimaria is a linguist and writer living in Brooklyn with her husband and dog. She enjoys eating, cooking, and drinking. She is constantly in search of authentic Roman food and the perfect mojito.

[WATCH] Who Actually Owns Ellis Island, Liberty Island, and the Statue of Liberty?

[WATCH] Crowdfunding a New Museum for the Statue of Liberty