The sometimes NSFW and always quirky Mermaid Parade has brought an annual splash of mermaid artistry to Coney Island since 1983.

This year’s parade will be held on Saturday, June 20th, and will be lead by Julie Atlas Muz as "Queen Mermaid" and Mat Fraser as "King Neptune."

The MERMAID PARADE specifically was founded in 1983 with 3 goals: it brings mythology to life for local residents who live on streets named Mermaid and Neptune ; it creates self-esteem in a district that is often disregarded as "entertainment"; and it lets artistic New Yorkers find self-expression in public.

The above video highlights what to expect while in attendance; however, due to the variety in themes and categories presented by the parade producers, artistic brilliance may differ.

The parade starts at Surf Avenue and West 21st Street at 1pm. Check out the event page for more details and ticket prices. 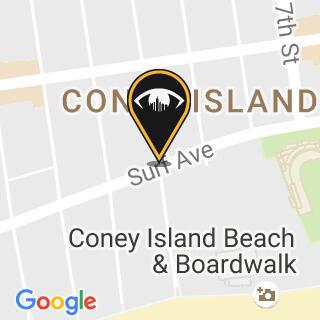