Reminiscent of a Greek amphitheatre, the Red Steps on Duffy Square represent a welcoming space for people to sit, pause, and reflect in the heart of Times Square. This month, Times Square celebrates the 10th anniversary of the Red Steps and the impact this iconic landmark has had in supporting TKTS by TDF, symbolizing the Broadway community, and adding another element to the visual identity of NYC. Learn more about the origins of the Red Steps and how they have transformed Times Square with this video narrated by President of the Times Square Alliance, Tim Tompkins. 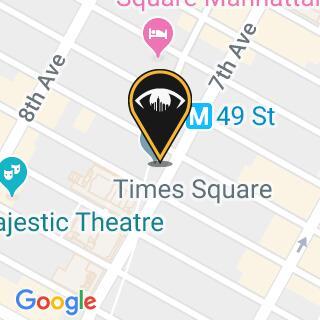