Casa Della Mozzarella is a small Italian deli just off of Arthur Avenue in the famous Little Italy section of The Bronx's Belmont neighborhood. They are known for having on of, if not the best handmade Mozzarella cheese in New York City. In this video from First We Feast series Food Skills, meet owner Orazio Carciotta and his son Carlo and watch how they make fresh cheese by hand every day.

Mozzarella isn't just a cheese, it's a work of art—at least the way it's made at Casa Della Mozzarella in the Bronx. Located on the corner of 187th Street and Arthur Avenue, the beloved Italian deli is helmed by father-son duo Orazio and Carlo Carciotto. Armed with little more than a pot of boiling water, a few pinches of salt, and an old wooden oar, the Carciottos pride themselves on turning blocks of lifeless cheese curds into molten cascades of creamy mozzarella. The shop is a stalwart in the Belmont section of the Bronx, and Carlo, in particular, was raised in the Italian enclave of Arthur Avenue—a strip of storefronts and restaurants increasingly referred to as NYC's "real" Little Italy. In this special installment of Food Skills, Carlo gives a behind-the-scenes tour of one of New York's most legendary neighborhoods, while Orazio breaks down the secrets to his uniquely American success story. In NYC, it's not difficult to a find a delicious pizza margherita, or a mind-blowing chicken parmigiana, but here, at Casa Della Mozzarella, cheese isn't just an ingredient, but a bucket-list meal all its own. 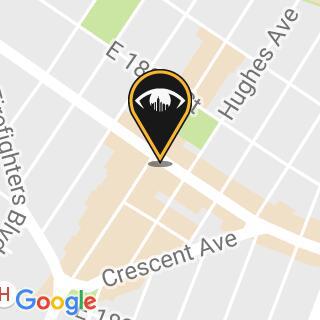