Sitting in the East River just south of Roosevelt Island is the smallest island in New York City: a pile of rocks called U Thant Island. Officially Belmont Island, the small piece of land has been off limits to the public for decades, but Vox video producer Dean Peterson recently set out to see how close he could get, and tell the fascinating history of the island.

Most people have probably never heard of it but there is a tiny 100 by 200 foot island on the East River in New York City called U Thant Island. It’s right below Roosevelt Island and next to the United Nations headquarters and has more history per square foot than most places in Manhattan. 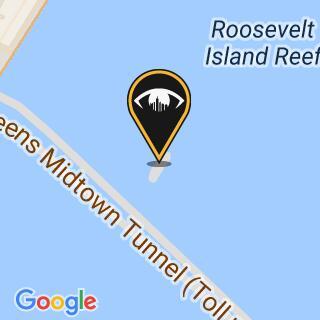