The Lower East Side's Tenement Museum is one of New York City's more fascinating museums, giving you a peek into tenement life from the mid 19th to mid 20th centuries. In this video from producer Jessica Leibowitz for the Gothamist, peek inside the museum in a brief, two minute tour.

The Tenement Museum opened in 1988, though museum staff is constantly learning new details about the building's long list of former tenants. It also recently acquired the space at 103 Orchard Street, and will be expanding its offerings to include a program exploring the contemporary Lower East Side post-World War II up to around 2001. Jon Pace, the museum's communication's manager, told Gothamist that tours will discuss the lives of three types of LES denizens: Holocaust survivors, Puerto Rican migrants, and Chinese immigrants. Renovations will begin in 2016, and Pace anticipates that the new tour will open by summer of 2017.

Normally, the Tenement Museum doesn't allow photographs or video inside, but sometimes exceptions are made. The next day in which the museum will allow photography and video is this Friday, so grab your ticket before they sell out! 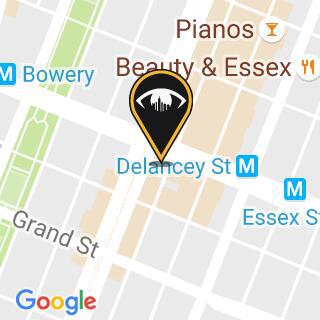 One Film, One New York: a Campaign for All New Yorkers to Watch the Same New York Movie, On the Same Day, For Free