Local documentary filmmaker John Luna recently created this great mini-documentary about Astor Place Hairstylists' "Big Mike" (previously) and his hidden talent for painting fine art out of an old store room in the back of the business.

This short film is the story of Michael Saviello and his private gallery of over 50 paintings in the back of in the back of the popular Astor Place Hairstylists in New York City. Even as a customer, you wouldn't know that there's something special hidden in the back. He's done paintings for Robert De Niro and Mayor Bill De Blasio. It's a fascinating story. We filmed over the course of three days. For the first two days I had to catch him on his lunch break! On day three his art was being shown at a gallery in Chelsea. 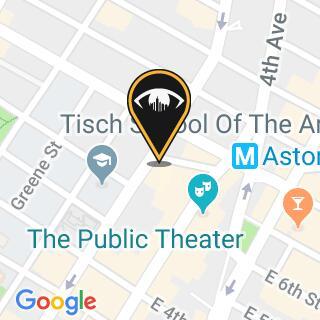