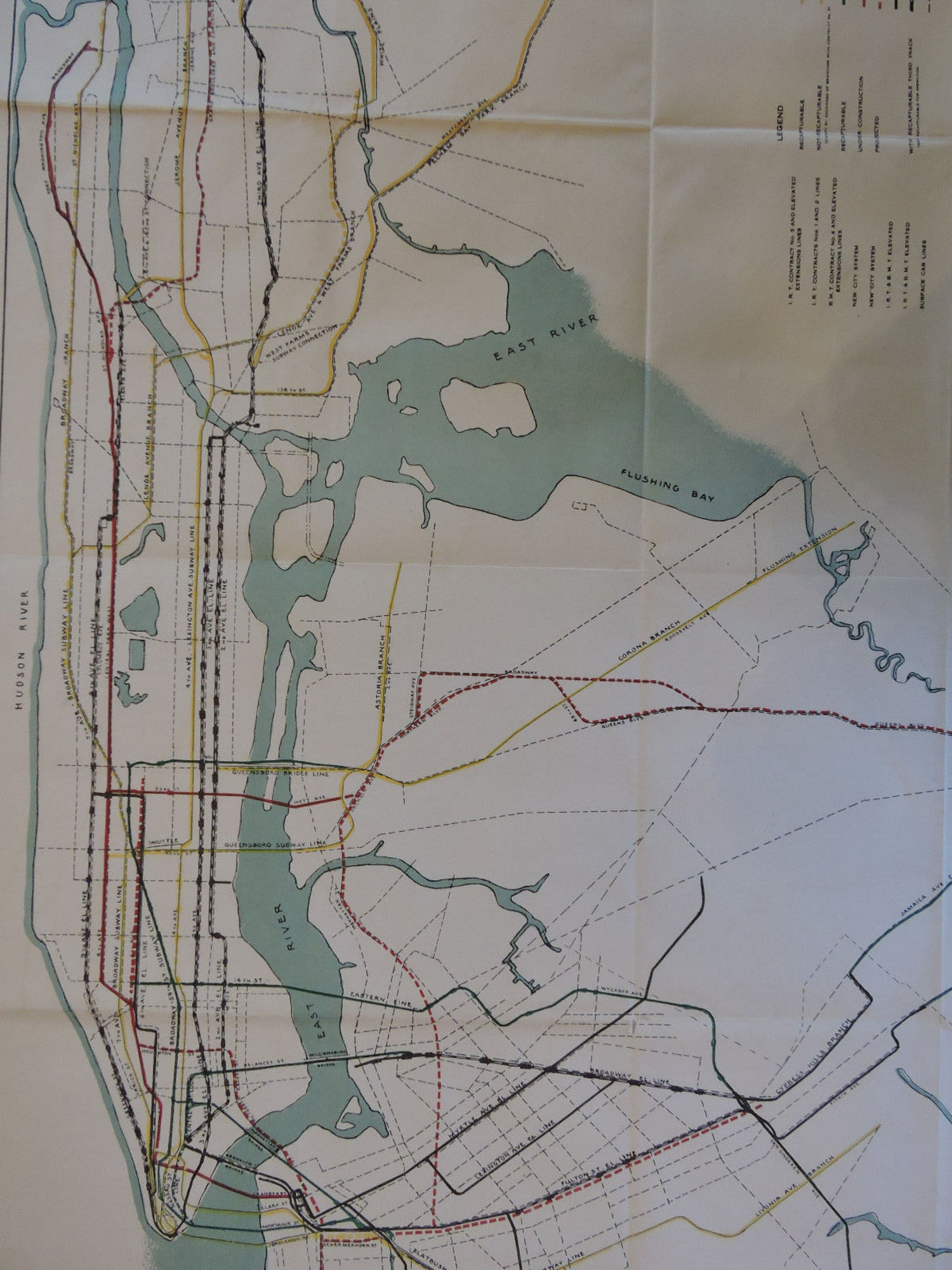 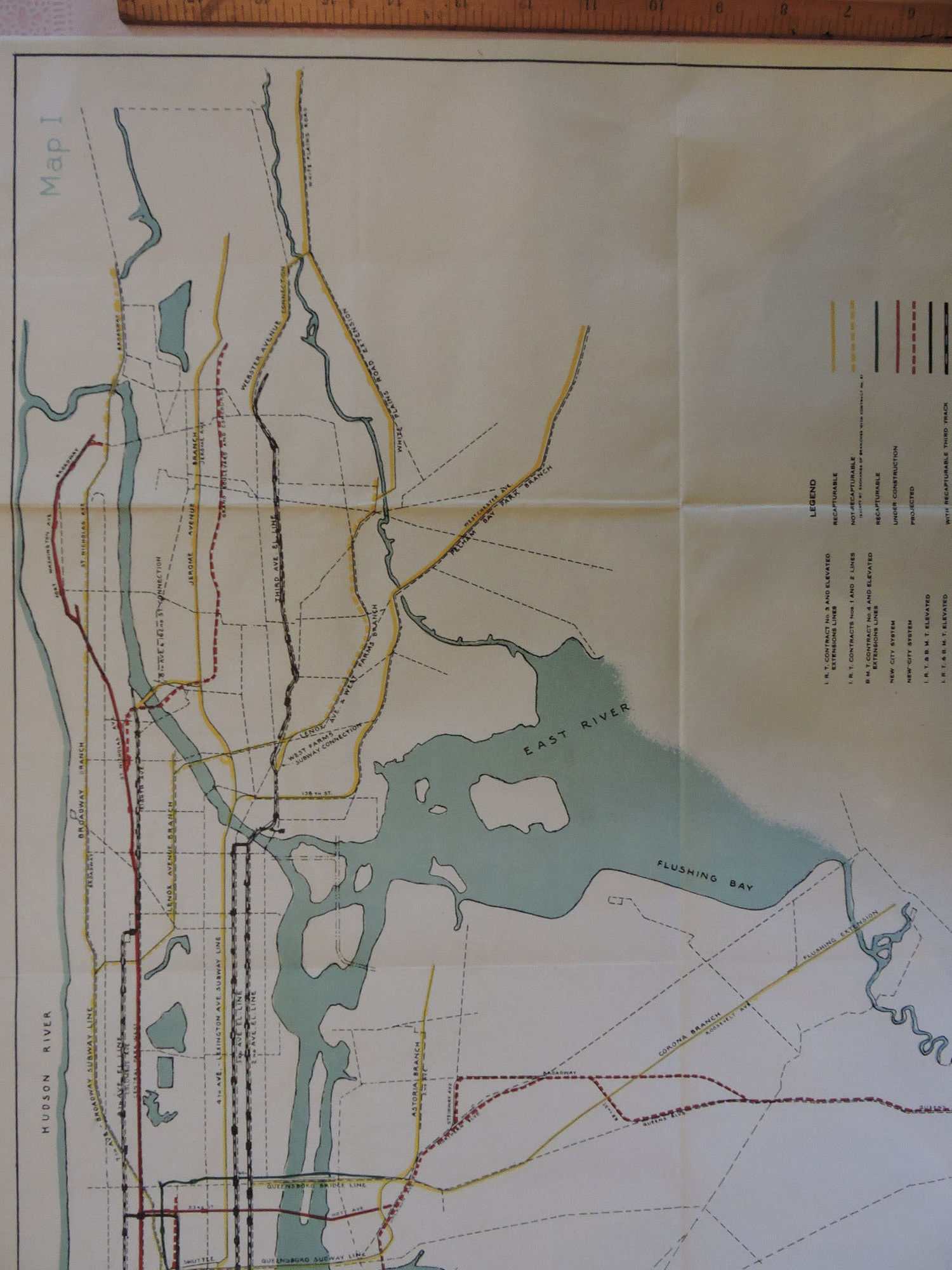 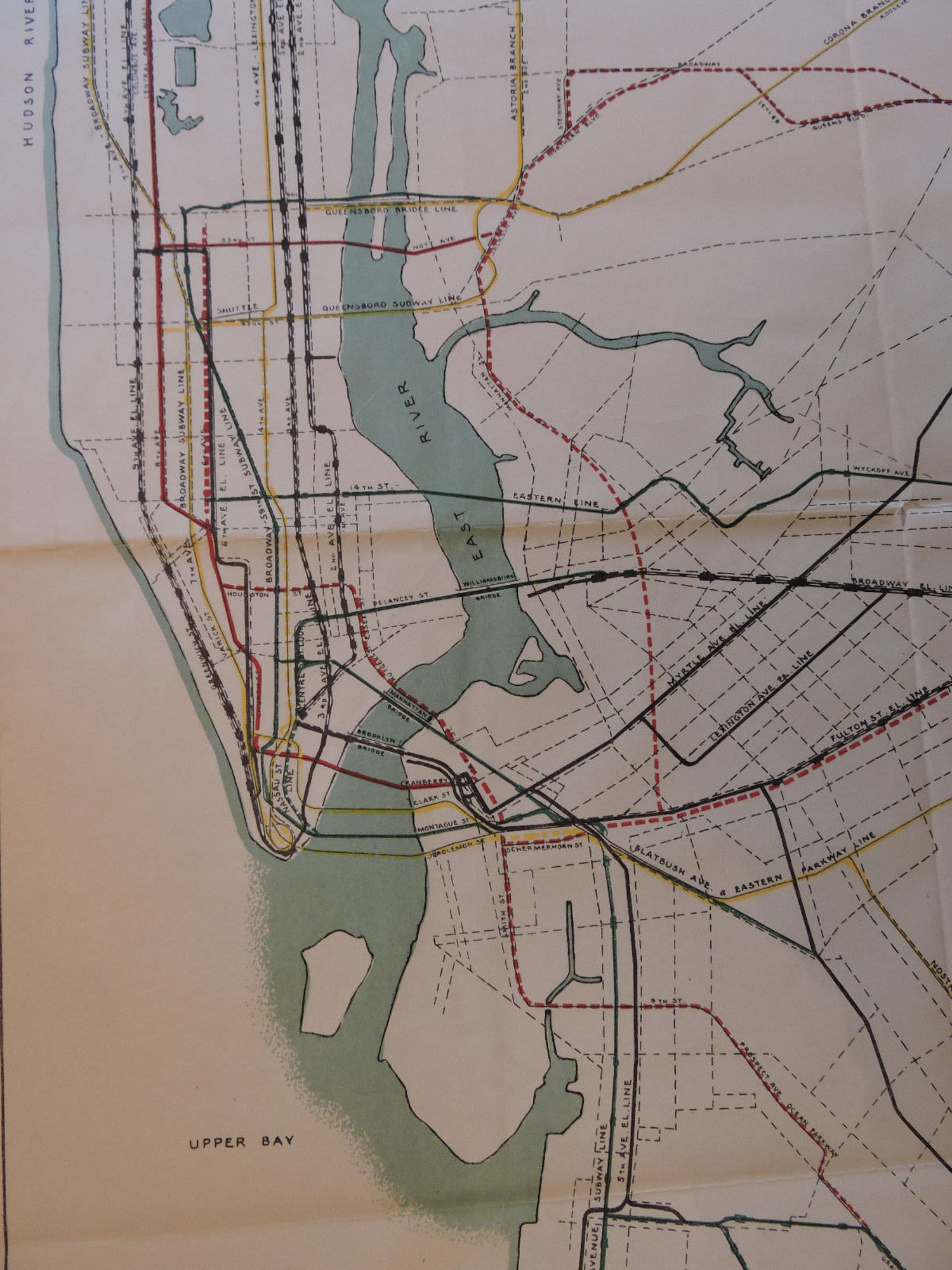 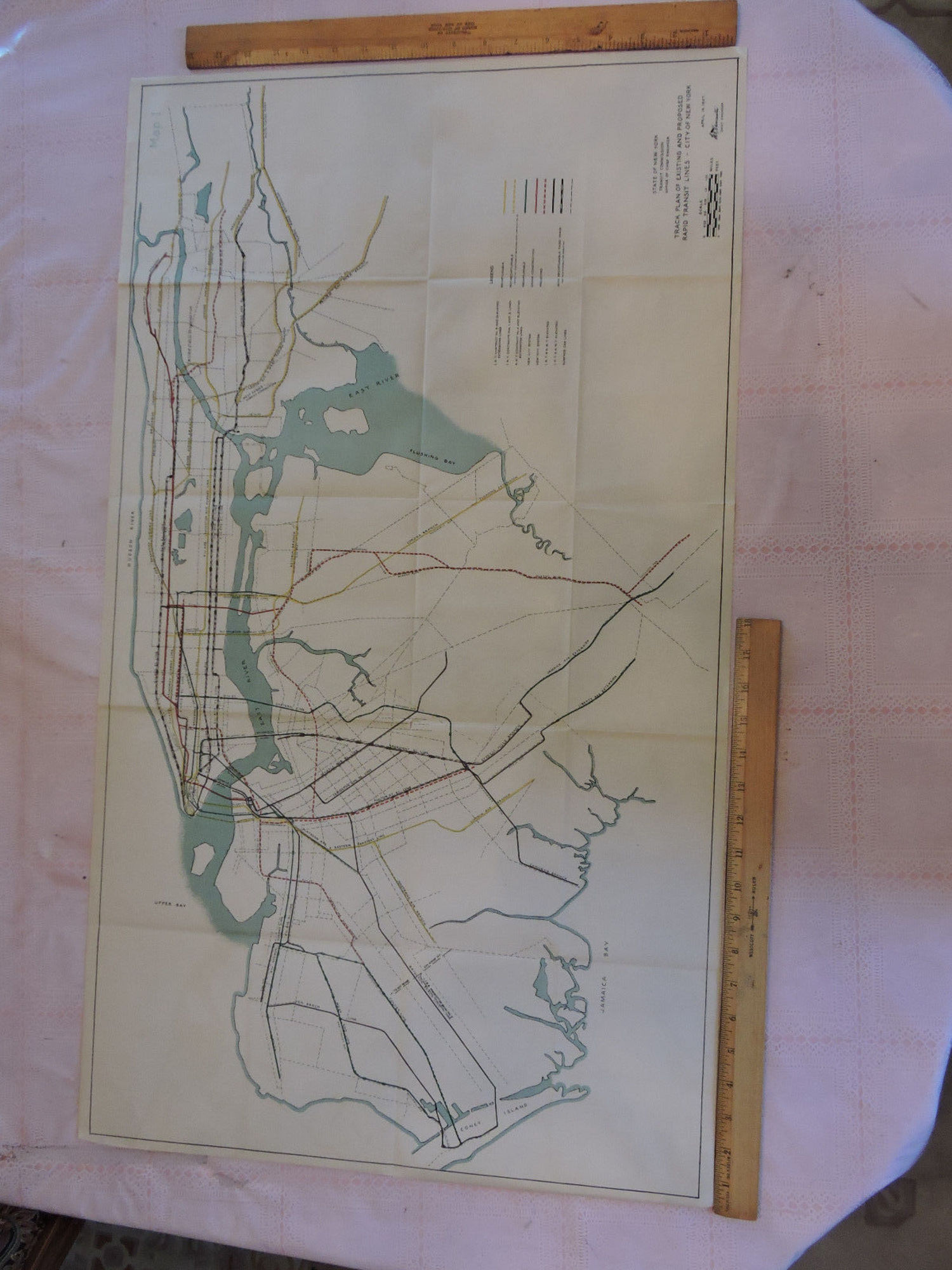 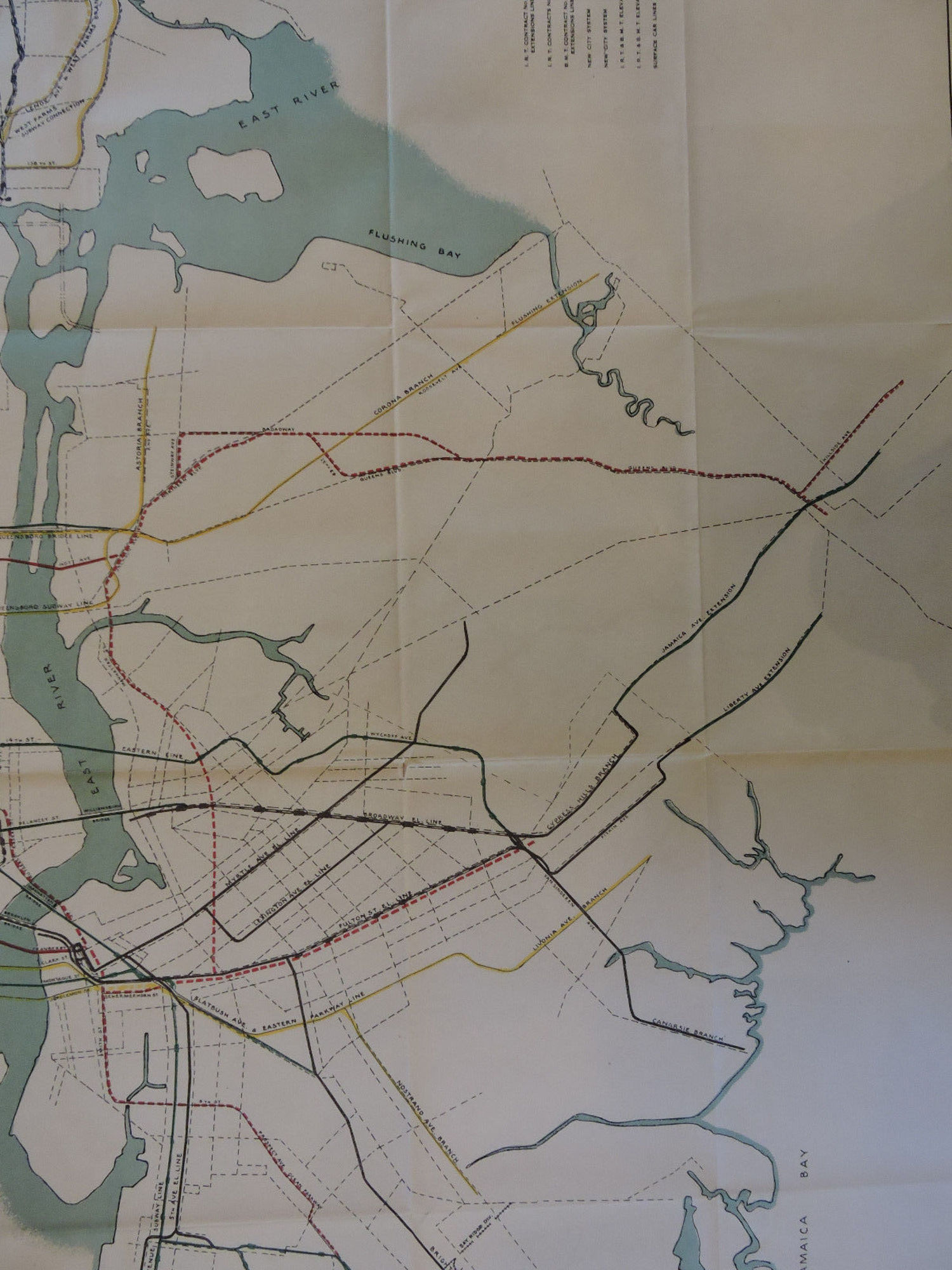 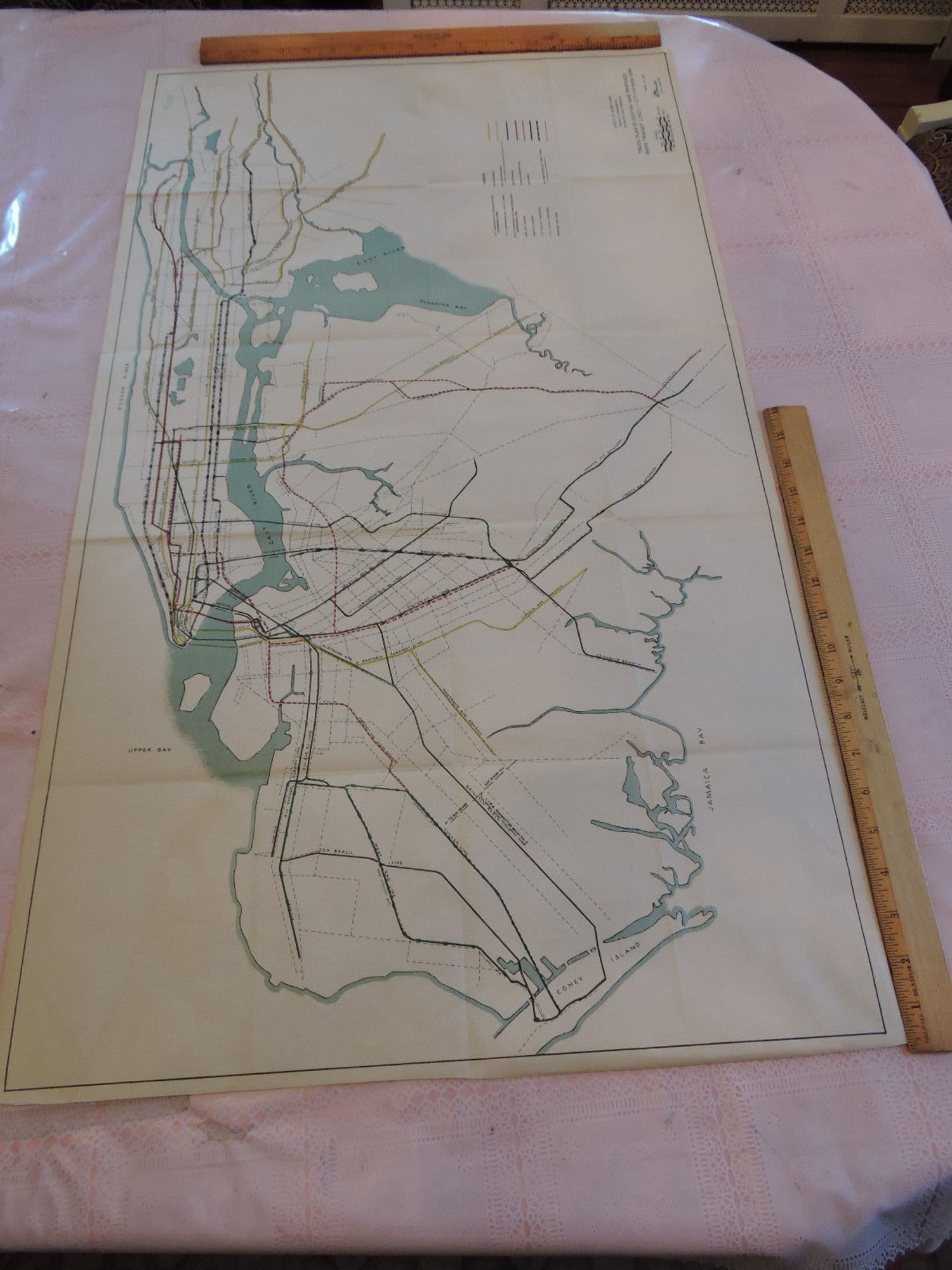 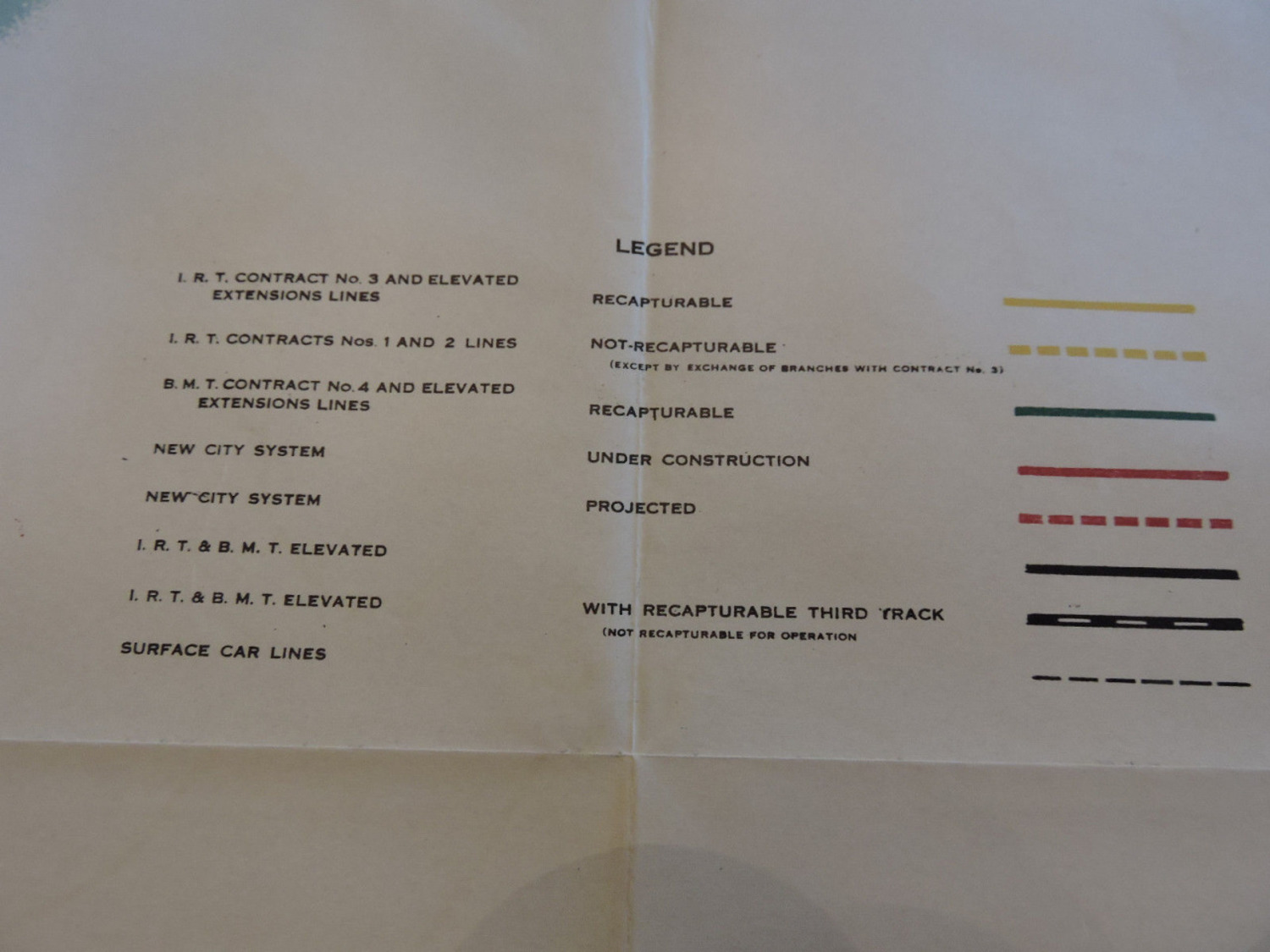 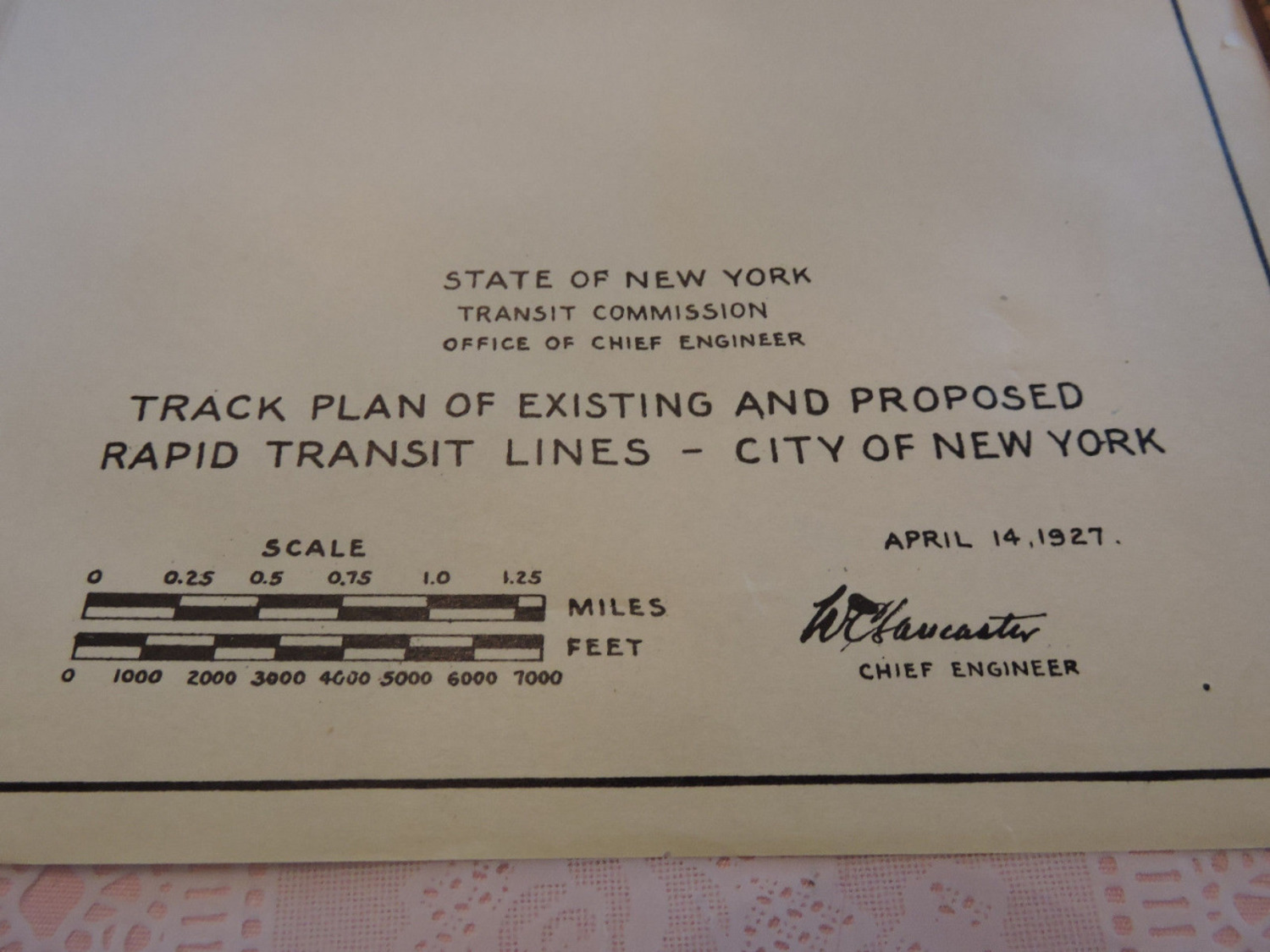 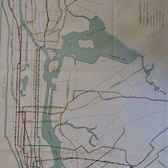 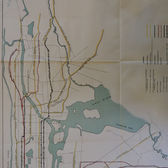 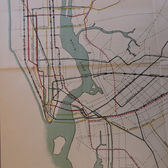 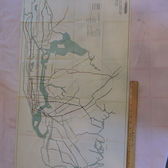 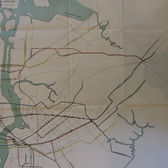 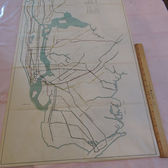 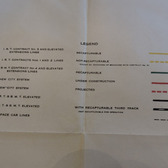 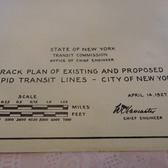 This vintage map from 1927 shows the comprehensive track plan of existing and proposed rapid transit lines in New York City.

The map was created by the Independent Subway System (IND), one of the three private transit companies that merged to become the MTA in 1940.

What’s most interesting about this map is that it shows alternative routes for the Brooklyn and Queens lines; the Queens Blvd Line does in fact split under Northern Blvd but there is a plan here to have the express and local tracks split once again along 69th St. While no explanation is given I can only asume this had to do with the proposed Windfield Spur, a local branch of the Queens Blvd Line which was to zig zag through Maspeth and Middle Village beforeheading to Rockaway Park. A station and tunnel provisions were built at Roosevelt Ave station for this line so this original alignment could have been related.

Check out the accompanying article for more analysis on how the planned lines differ from what we have today.