This fantastic vintage photograph from 1960 shows the northeast corner of Broadway and 50th Street in Midtown Manhattan. Shown are two entrances to the 50 St A train subway station, in the original glass-covered gazebo style from 1904. While seemingly redundant, the two staircases were created with one as an entrance (domed roof) and one as an exit (peaked roof). Unfortunately, nothing in this photo exists anymore except the stairs themselves:

The amazing subway entrance structures have been removed, as well as the buildings on both sides of the street. Even worse, we've replaced a full block of unique, local bars, with an Applebee's. 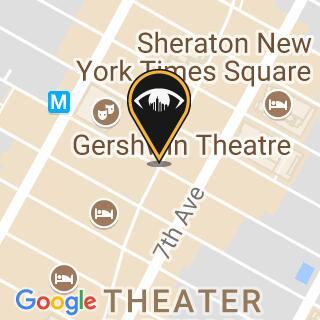 This Vintage Photograph Shows Horse-Drawn Trams on Broadway in 1917