Check out this amazing vintage photograph showing the Lower East Side's East River Park in 1939, as seen from atop the Williamsburg Bridge looking North.

East River Park, and the future site of the FDR Drive after the park's opening in 1939. Previously a shipping yard, the new park planned by NYC master planner Robert Moses would be the largest green space in the lower-class, immigrant Lower East Side. in 1960 the South Street boulevard between Jackson and 14th Street (seen on left) was converted into a parkway, connecting the recently constructed South Street Viaduct to the 14th Street viaduct section of the East River (now FDR) Drive. Six years later the East River Drive would become on continuous road from the Battery to 125th Street. 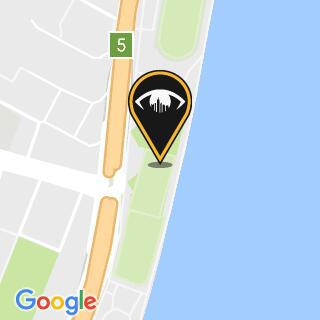 Vintage Photograph Shows the Williamsburg Bridge Under Construction in 1901