American photographer Carl Mydans (1907 - 2004) started in 1936 at Life Magazine as one of their earliest staff photographers. He captured photos around the City for the magazine for many years before heading overseas to photograph World War II.

Shortly after leaving, Mydans and his wife Shirley were captured in the Philippines by invading Japanese forces and imprisoned for 2 years before being released as part of a 1943 POW trade deal. He went on to have a lucrative photojournalism career, climbing the ladder within Life to head Time-Life's Tokyo Division, bearing no ill-will towards the Nation who imprisoned him.

During his time in New York, Mydans captured some great shots such as this one featuring a "Chain Gang" of New York Stock Exchange officials transporting securities between banks and brokerage firms. 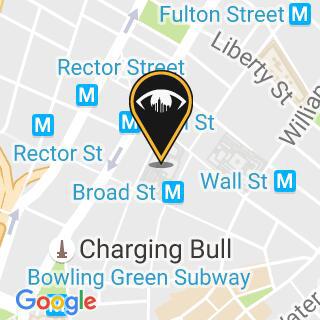 Empire City, a 1985 Documentary Comparing the 'Modern' City With the Golden Age of New York