At first glance, this vintage photograph from the early 1940s seems like any other standard nightclub filled with drinkers, smokers, and a singer. But what this photograph is showing is the interior of New York City's first racially integrated nightclub, Cafe Society, formerly located at One Sheridan Square in Greenwich Village. Our friends at Ephemeral New York elaborate:

Did it really take until 1938 for the first truly desegregated nightclub to open in New York? It’s hard to believe, but though black performers entertained whites at Depression-era venues such as Harlem’s Cotton Club, audiences remained separate. Blacks were either not permitted, or they were relegated to the back of the club. This kind of segregation was finally undone at a Greenwich Village basement lounge called Cafe Society—a play on the upscale nightclubs for snobbish elites popular in the 1930s. 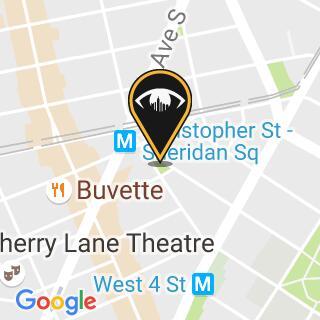 Vintage Photograph of Bob Dylan and Girlfriend Suze Rotolo in the West Village, 1963