Back in 1971, YouTuber Nicholas West shot this video from the central traffic island on Broadway and West 88th Street on the Upper West Side of Manhattan.

I made this film when I was a teenager, with an old Bell & Howell Filmo 16mm newsreel camera that my Dad bought for me from a thrift shop for $5. This is the only film I ever made with that camera. The film's speed is indeed slowed down, but I did that in the digital conversion for upload to YouTube, in order to make it easier to see what was going on.

The effect of the then-vintage camera capturing life on the then-modern street is quite interesting to look at. 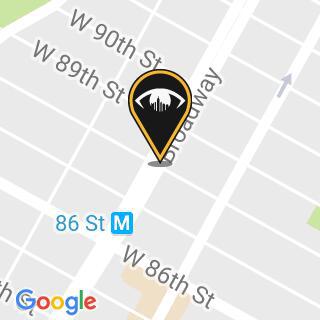