The Flatiron Building opened in 1902 and is one of the most significant architectural wonders in New York City.

This incredible vintage video from 1903 shows the building shortly after opening. It starts with a view of the well-dressed New Yorkers of the era, then slowly pans up to capture the entire building.

This shows a view looking south from Madison Square, across the intersection of Broadway, Fifth Avenue, and Twenty-third Street, to the famous Fuller (or "Flatiron") Building. The cameraman elevates his camera, going from street level to the roof. Designed by D.H. Burnham and Company, the Fuller Building is an important early skyscraper and a New York City landmark. Known as the first great steel-framed building, the exterior of the lower three stories is stone, with the remainder clad in terra cotta. Twenty-one stories high, it is considered the first tall building erected north of city hall. Its completion in 1902 marked the beginning of New York City's first skyscraper era.

Check out the specimen page on the Library of Congress for more info on the film. 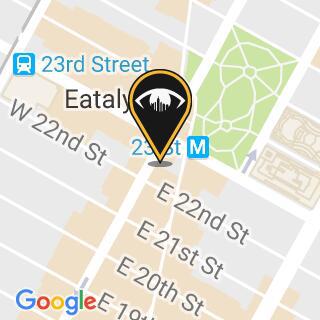